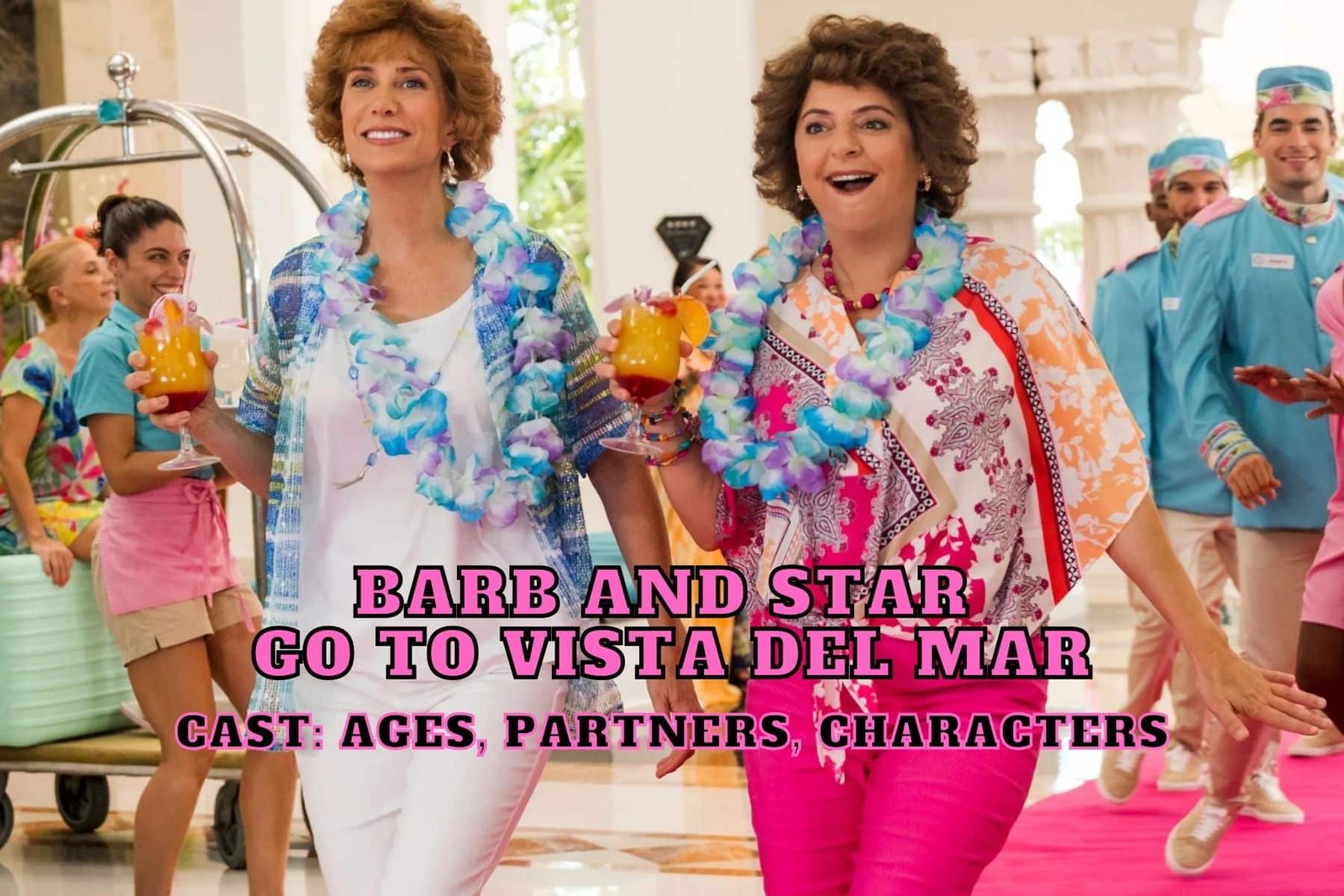 Barb and Star Go the Vista Del Mar (2021) is the 2nd time Kristen Wiig and Annie Mumolo worked together and created a fantastic comedy, 10 years after the pair’s Oscar-nominated Bridesmaids (2011). As you may remember, Wiig and Mumolo were both writers in Bridesmaids, but only Wiig was on-screen. However, this time, they share the stage with the lead roles.

Although Barb and Star hasn’t received as many accolades as the pair’s previous film, it was still praised as one of 2021’s best films. The critical response to the movie was also pretty positive, with the film getting an 80% rating on Rotten Tomatoes, based on 177 reviews. Critics pointed out the movie’s absurd and colorful humor while praising its cast members’ performances, especially Jamie Dornan, who, although got a bad reputation because of the Fifty Shades of Grey franchise, was praised highly for his comedic performance and singing. Some reviewers even said that he was the highlight of the movie.

Dornan was not the only Barb and Star cast member who did a great job. We don’t even have to talk about Wiig’s comedic greatness, as she proved herself countless times. Let’s talk about these 2 and the other actors in the film who turned it into a surreal experience. 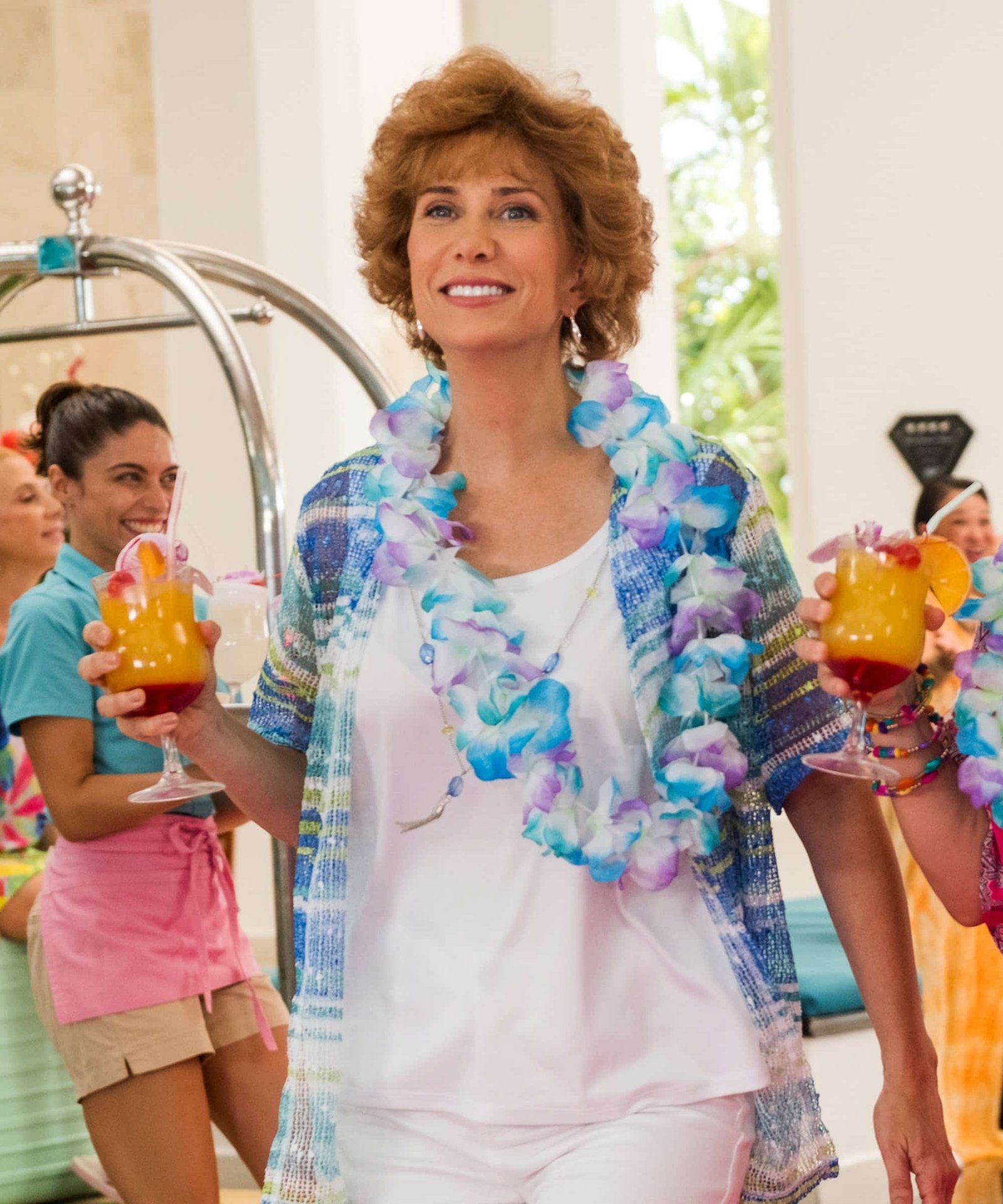 So the title roles in the movie Barb and Star belong to Wiig and Mumolo. They are middle-aged friends who leave their hometown for the 1st time to go on a vacation to Vista Del Mar, Florida. Wiig plays Star and the movie’s villain, Sharon Fisherman, plotting to unleash deadly mosquitos to kill everyone there.

You may also be curious about the actress’s personal life, which we can give you details about. Wiig (48) has been married 2 times. Her 1st marriage lasted from 2005 to 2009 to Hayes Hargrove. Years later, in 2020, Wiig tied the knot with actor Avi Rothman. The 2 became parents of twins via surrogacy the same year. 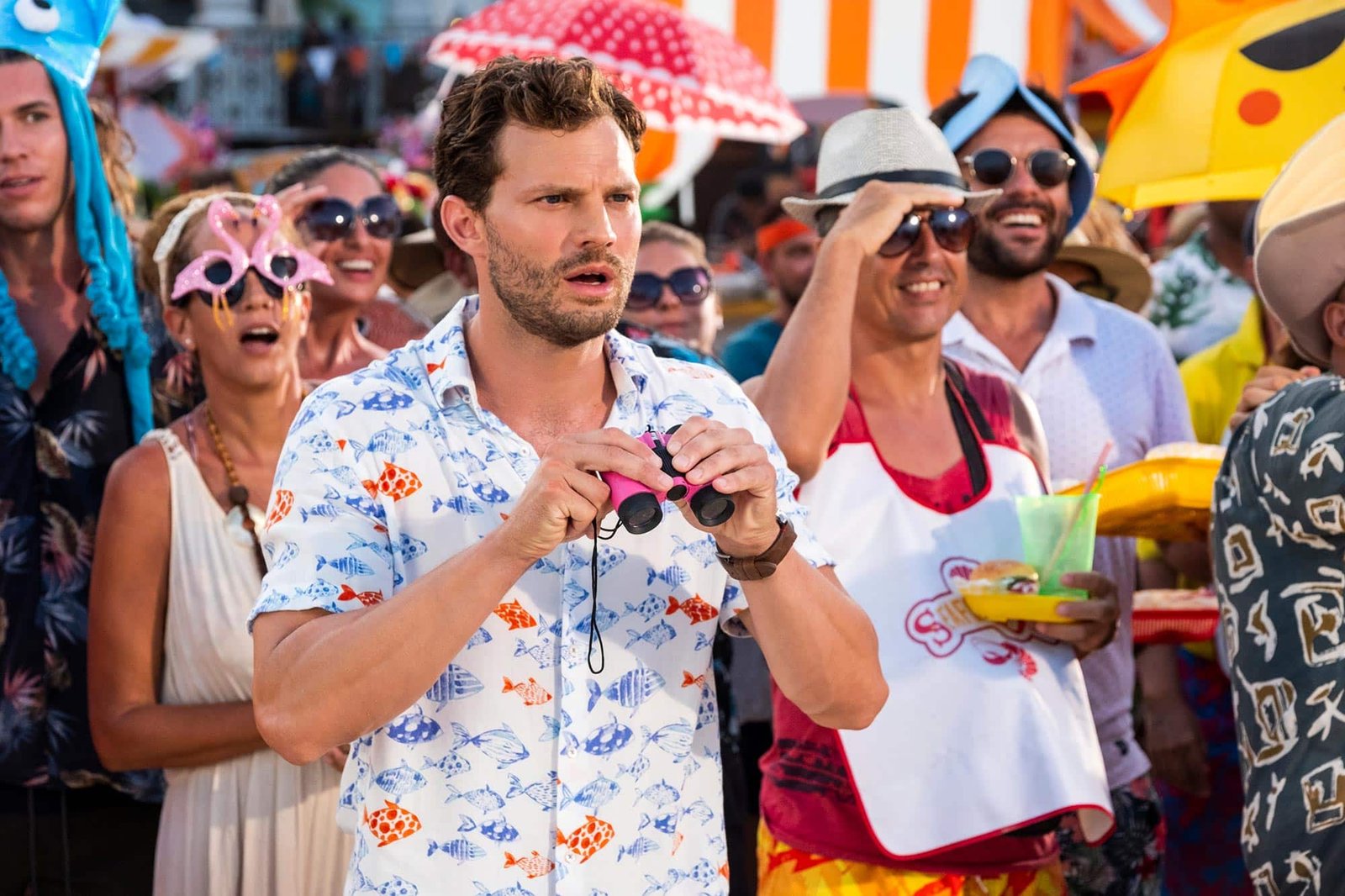 In Barb and Star Go to Vista Del Mar, Jamie Dornan plays Edgar, Sharon’s henchman. Edgar is tasked with planting a homing beacon in Vista Del Mar to attract mosquitos. Edgar is in love with Sharon but does not know she uses him for evil purposes.

Despite having a bad reputation for the Fifty Shades franchise, Dornan is actually a renowned actor as he was nominated for a BAFTA for his role in the tv series The Fall (2013-2016) and a Golden Globe for his role in the movie Belfast (2021). In 2013, the actor (40) married Amelia Warner, with whom he has 3 daughters. 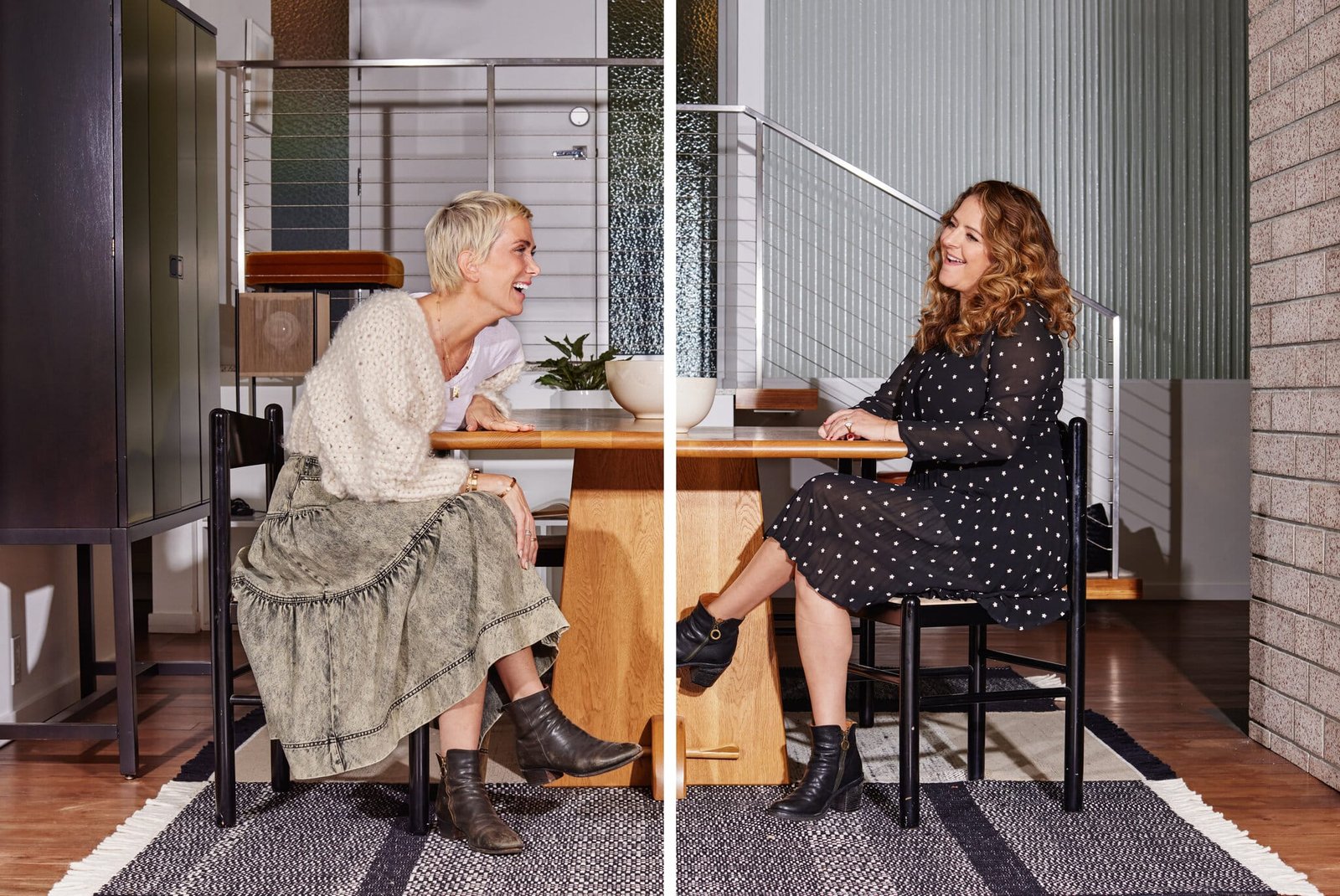 You may also be interested in: Clerks 3 Release Date, Trailer – Is it canceled? Wendi McLendon-Covey plays Mickey, Barb and Star’s friend from their hometown. Mickey is the one who recommends them to go to Vista Del Mar. She is best known for her role in The Goldbergs (2013- ), although her breakout performance was in Bridesmaids. The 52-year-old actress has been married to Grey Covey since 1996, and the couple does not have children. Vanessa Bayer plays Debbie, the leader of Talking Club, a club that Barb and Star are members of. Bayer is known chiefly for her long reign in SNL (2010-2017) and is famous for not breaking character even in the funniest sketches. She plays the lead role in the recent tv series I Love That for You (2022- ). Bayer (40) is not married and hasn’t been previously. 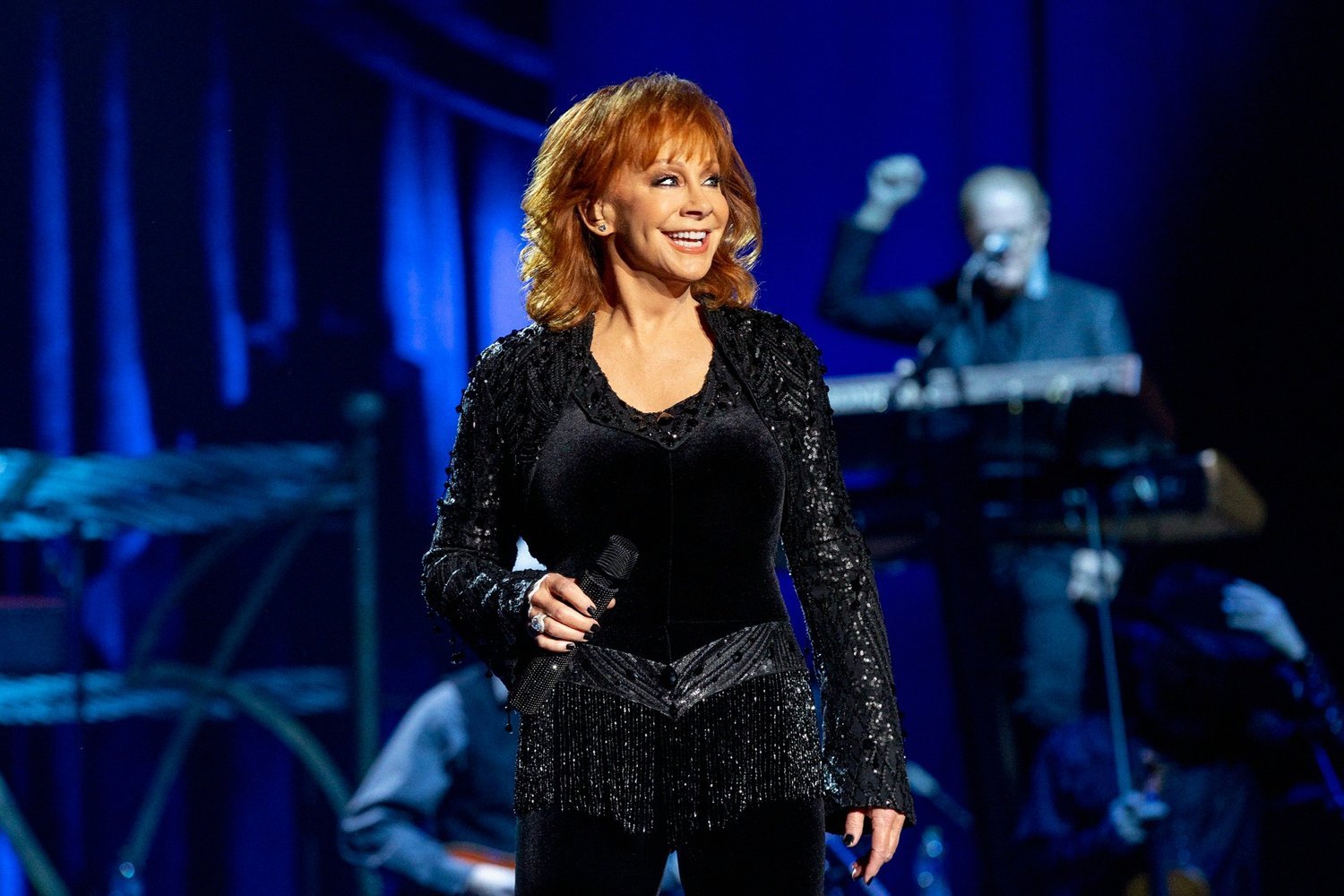 The last Barb and Star cast member we’re mentioning is Reba McEntire, who plays a woman called Trish, a water spirit. Despite being mainly known for her country music career, McEntire also starred in movies The Little Rascals (1994), One Night at McCool’s (2001), and Romances of the Republics (2015). She married 2 times, but neither of the relationships lasted. She has been with Rex Linn, an actor, since 2020.