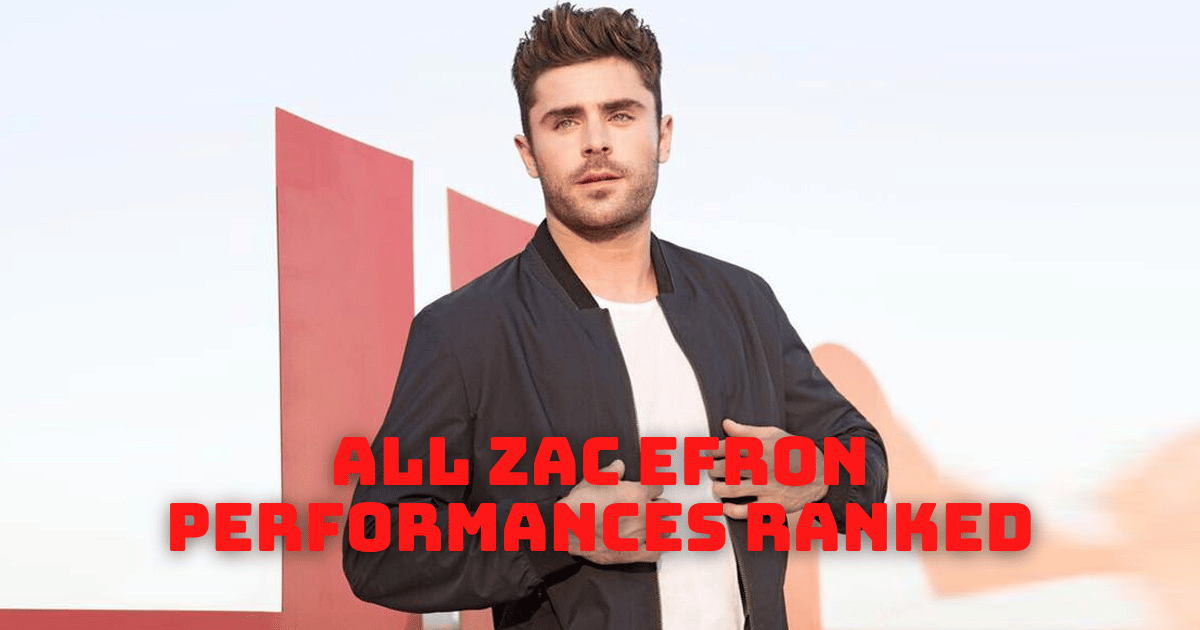 All Zac Efron Performances Ranked From Best to Worst!

Zac Efron came into our lives as a child actor and has starred in a number of films since beginning his acting career back in 2002. From Hairspray to Dirty Grandpa, people have loved Zac Efron performances. In this article, we’ll take a closer look at the actor’s top rated movies and evaluate Zac Efron performances. Without much ado, let’s get started! The Greatest Showman is ranked #1 on our list of all Zac Efron performances, as the actor looked the best in it, and the movie was rated 7.5 on IMDb. The biographical musical drama tells the life story of P.T. Barnum, a famous showman and entertainer who founded the Barnum & Bailey circus, and the lives of his star attractions. Hugh Jackman portrays Barnum in the film and Zac Efron plays Phillip Carlyle, a playwright who becomes Barnum’s partner. Other cast members in the film include Zendaya, Rebecca Ferguson and Michelle Williams. Watch The Greatest Showman on Amazon Prime Video or Disney+. 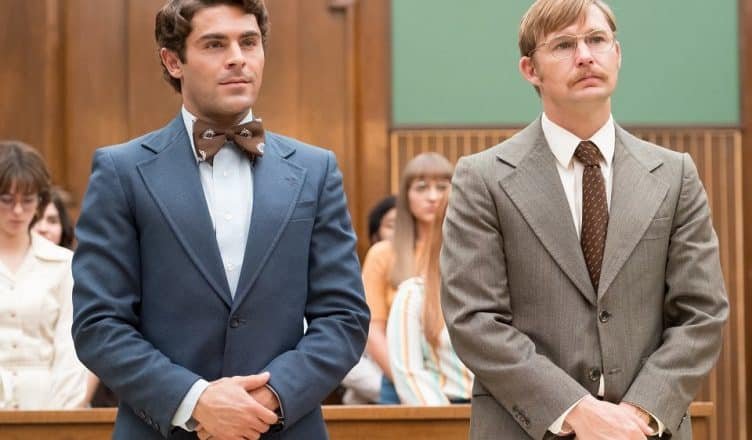 Extremely Wicked, Shockingly Evil and Vile is one of the films in which Zac Efron gives the actor’s most impressive performance. Released in 2019, the biographical crime film follows the life of serial killer Ted Bundy, a former law student accused of murdering dozens of women, portrayed by Efron. Lily Collins and Kaya Scodelario team up with Efron in the film. The actor was praised for his performance and won the Saturn Award for Best Actor in a Streaming Presentation in 2019, and the film is available on Netflix. 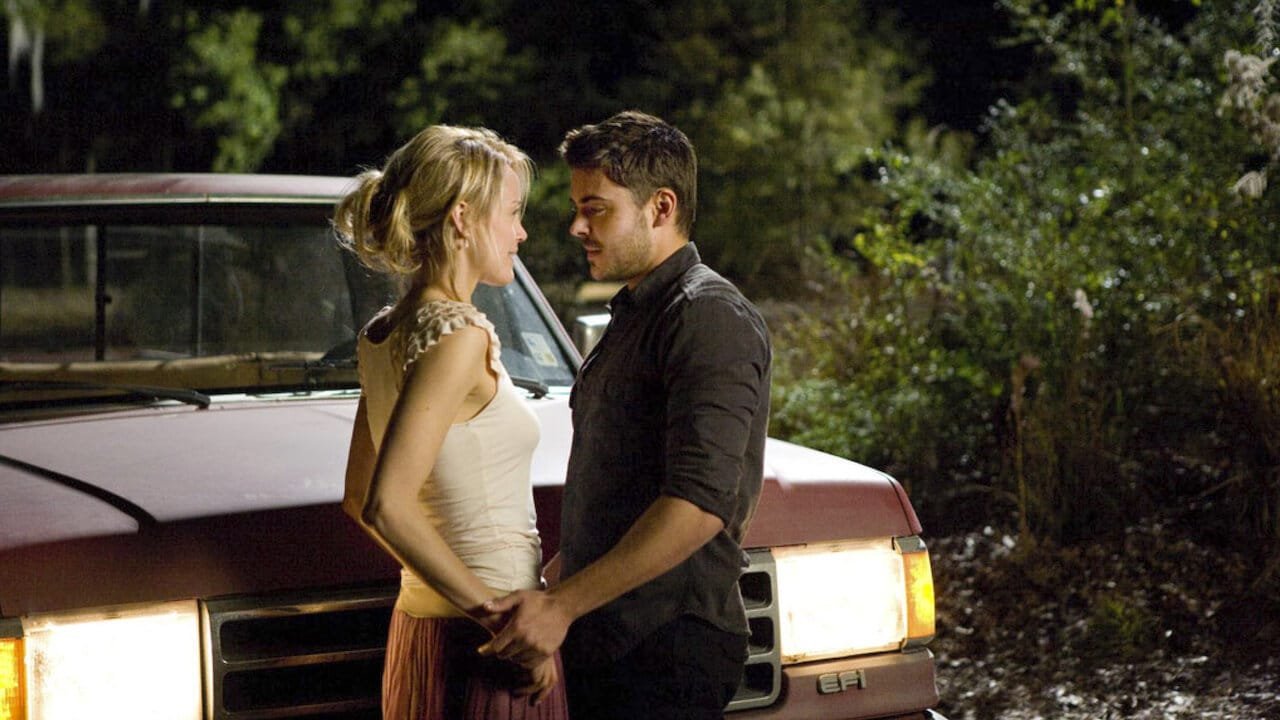 The Lucky One is a romantic film starring Taylor Schilling alongside Zac Efron. The film revolves around a U.S. Marine who finds a photo of a young woman while deployed in Iraq, carries it around as a good luck charm, and later tracks down the woman with whom he begins a relationship. The Lucky One was nominated for and received several awards. Zac Efron won two Teen Choice Awards for his performance. You can stream the movie on Netflix or Amazon Prime Video. 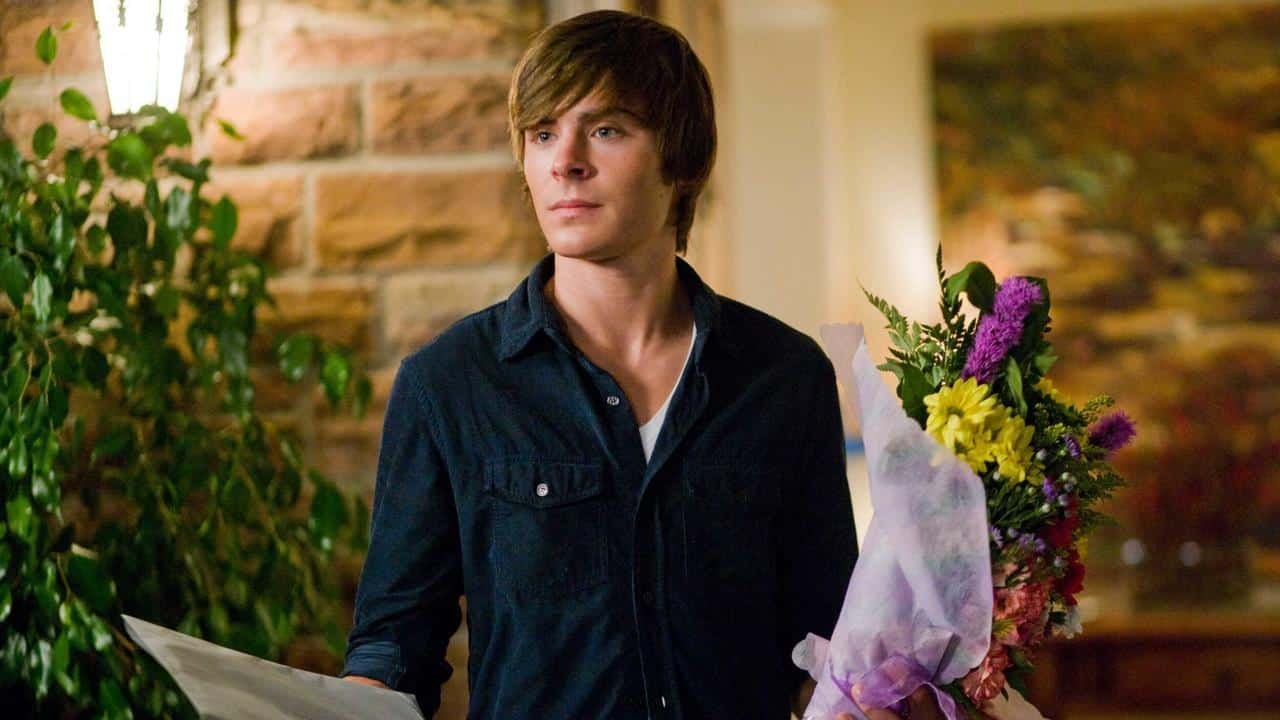 17 Again is one of Zac Efron performances that we got to see shortly after his starring role in the High School Musical trilogy. Released in 2009, the teen comedy is about a 37-year-old man (Matthew Perry) who’s transformed into his 17-year-old self (Zac Efron) after a random accident. The film also stars Leslie Mann, Thomas Lennon and Michelle Trachtenberg. 17 Again is available on Netflix and Amazon Prime Video. 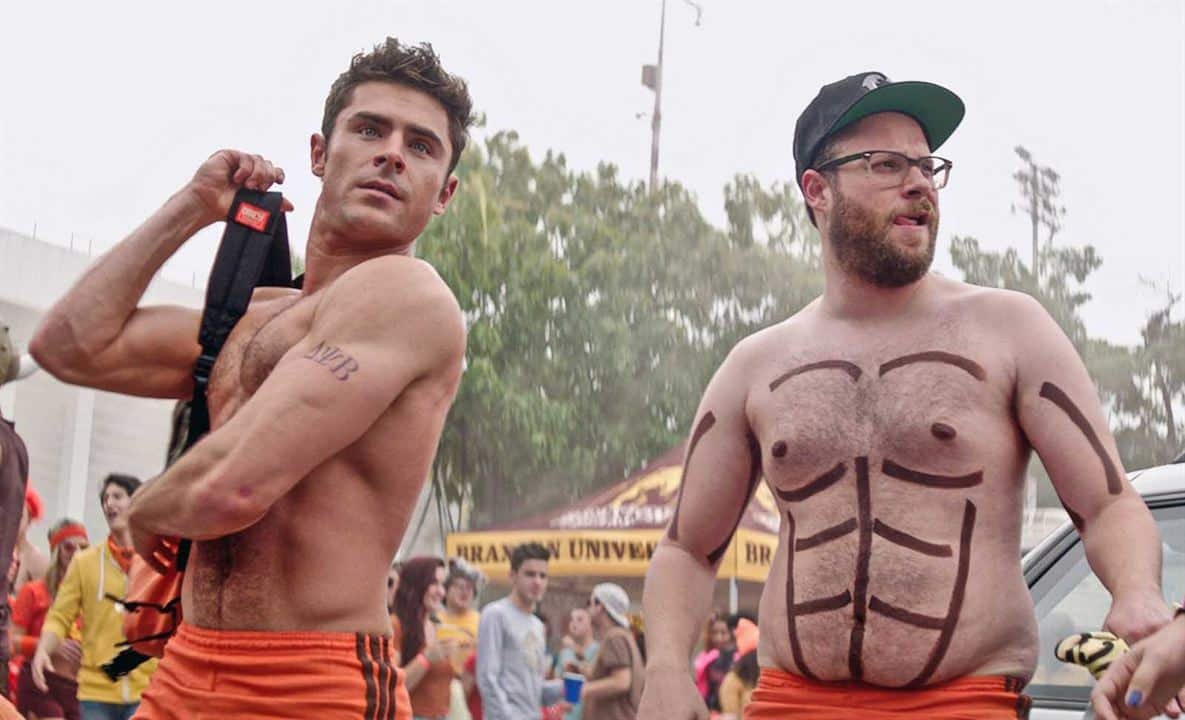 The 2014 comedy Bad Neighbours is about a couple that comes into conflict with a fraternity that recently moved in next door, which leads to a full-scale war. In the film, Efron plays the role of Teddy Sanders, the president of Delta Psi Beta, a fraternity known for outrageous parties. Seth Rogen, Rose Byrne, Dave Franco and Christopher Mintz-Plasse also star in the film. A sequel, Neighbors 2: Sorority Rising, was released in 2016. Watch the film on HBO Max or Amazon Prime Video. 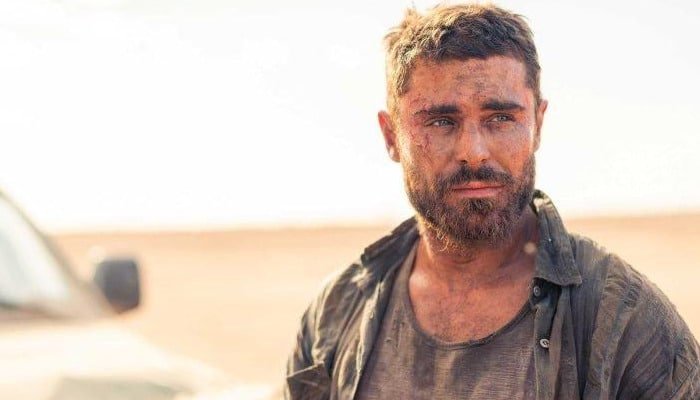 Gold is one of the actor’s latest films and was released in January 2022. The film, which stars Susie Porter and Anthony Hayes alongside Efron, is about a drifter named Virgil (played by Efron) who travels through the desert and discovers the largest gold nugget ever found. He must protect it from thieves under harsh conditions and with wild dogs while he waits for his partner to return. The Guardian praised the filming and Efron’s performance. If you want to check out Gold, head over to Amazon Prime Video. The High School Musical trilogy is undoubtedly one of the most unforgettable ones among all Zac Efron performances, as many kids of the 2000s grew up watching the film series over and over again. Zac Efron rose to fame in the early 2000s with his role as Troy Bolton in the film series. The actor portrayed the most popular male student at East High School and the captain of the school’s basketball team. The actor also voiced some of the songs in the film. Go to Disney+ and watch the trilogy one more time! 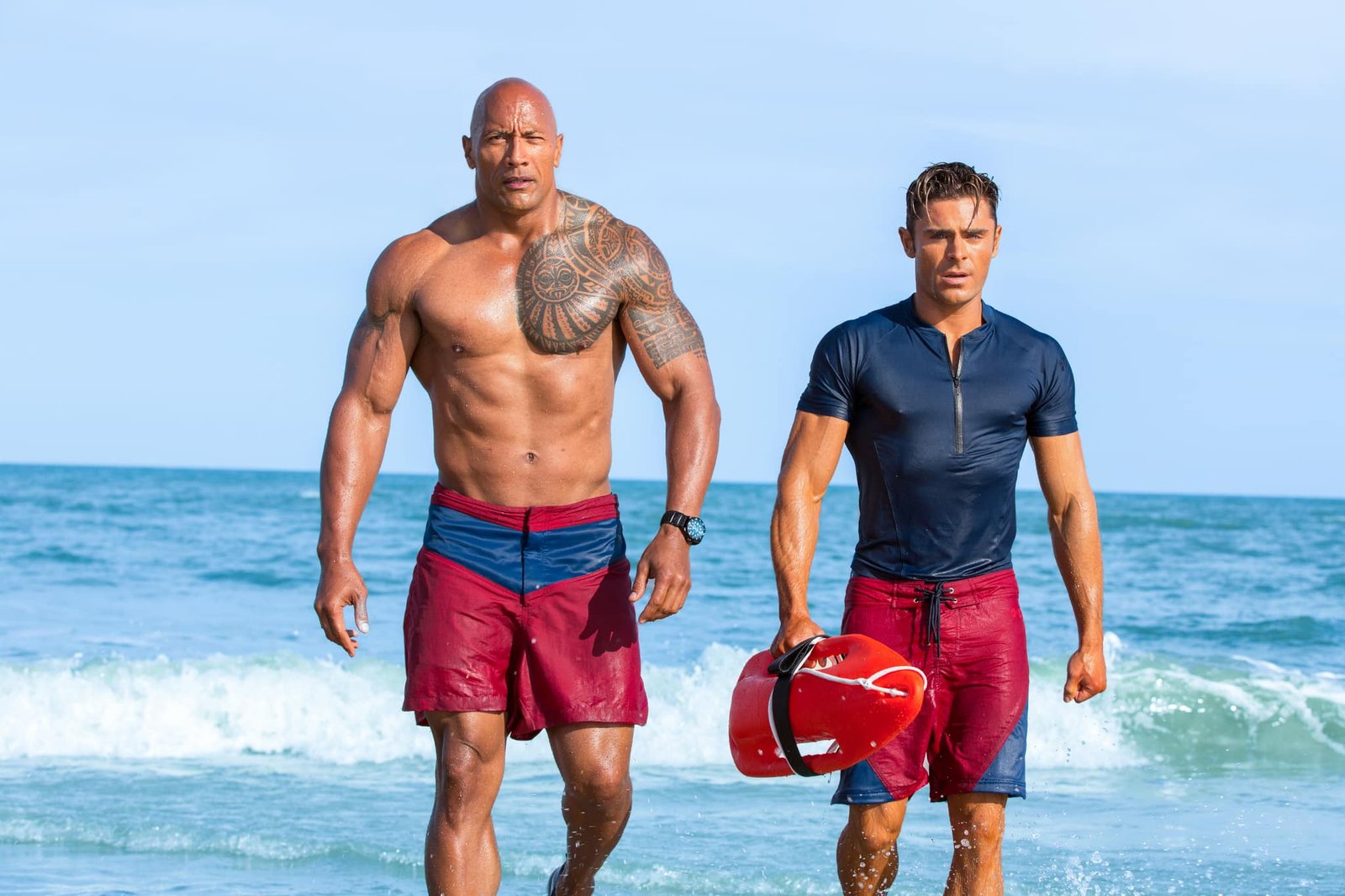 Baywatch is a 2017 action comedy film starring Dwayne Johnson, Zac Efron, Alexandra Daddario and David Hasselhoff. The film follows lifeguard Mitch Buchannon and his team who must take down a drug lord to save their beach. Unfortunately, Baywatch isn’t one of Zac Efron’s best performances. In fact, the actor was nominated for Worst Actor at the 38th Golden Raspberry Awards 2018. You can stream the movie on Netflix and Amazon Prime Video.