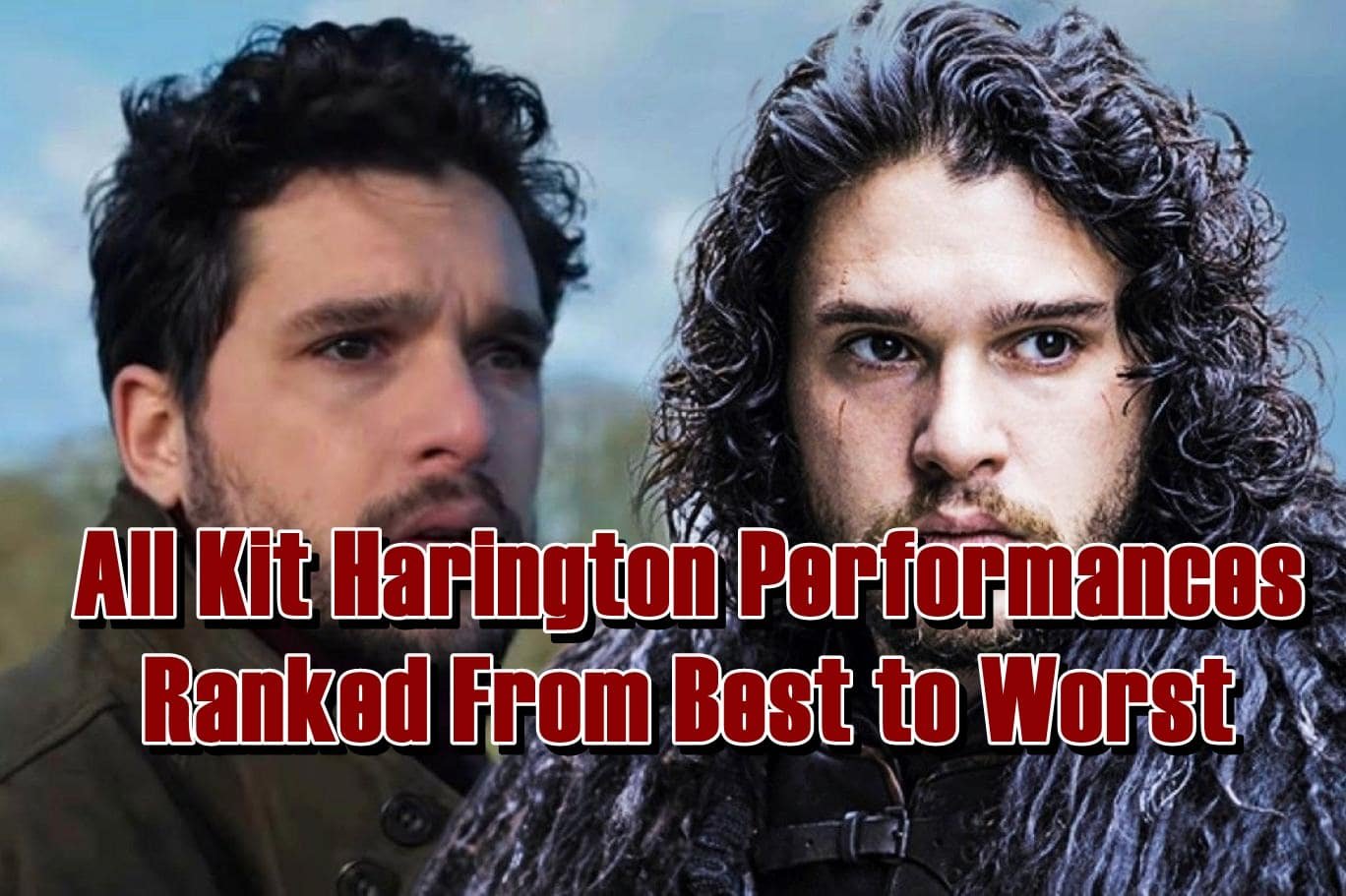 All Kit Harington Performances Ranked From Best to Worst

Kit Harington‘s reputation predates his role as a superhero in Eternals, but which ones are the best Kit Harington performances? We have listed his top-rated films and television shows, and as you might know, Kit Harington is a rising Hollywood star, with an excellent career well underway for the 34-year-old British actor. He is well-known for his performances in both television and film, and though he has a bright and prosperous career ahead of him, Harington has already generated a plethora of work for people to discover. 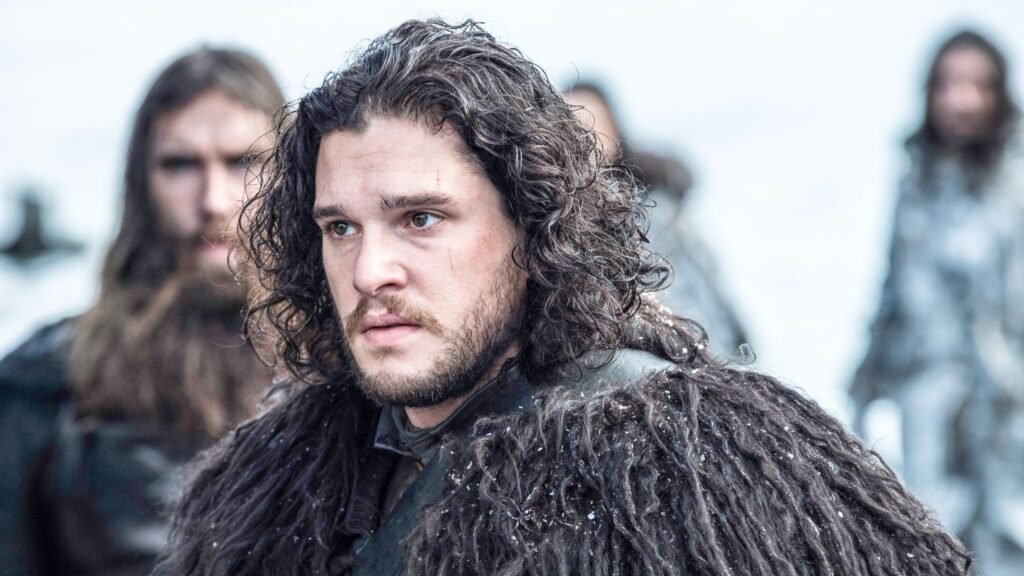 It may feel like a long time ago, but the HBO series Game of Thrones was the unchallenged ruler of television, and its 8-season run was mainly praised by reviewers and fans, with one notable exception. Kit Harington’s Jon Snow, the illegitimate child of Ned Stark, whose heroics throughout the series won him a particular place in fans’ hearts, and he was one character who survived the show undamaged. Snow plays an important part in the final few episodes, and we could write a complete post about Jon Snow’s top episodes of the hit fantasy-adventure program because his character has one of the more interesting journeys.

Jon Snow went from being a nobody to being the last King of the Targaryen family, and his name was known throughout Westeros, and Harington was nominated for an Emmy in 2016 and 2019 for his role as Jon Snow. Though he did not win either nomination, his performance helped the series win 59 Emmys, making it the best Kit Harington performance ever.

Eternals, Harington’s most recent film, was the 26th installment in the expansive Marvel Cinematic Universe, and in this one, he plays Dane Whitman, Sersi’s love interest in the current day following the termination of her ill-fated marriage. Though he does not portray one of the titular mythologically minded heroes in Eternals, Harington’s character is an integral part, and the film’s post-credits sequence implies that Whitman will soon pick up the Ebony Blade and become the Black Knight, making Eternals the 2nd best Kit Harington performance. 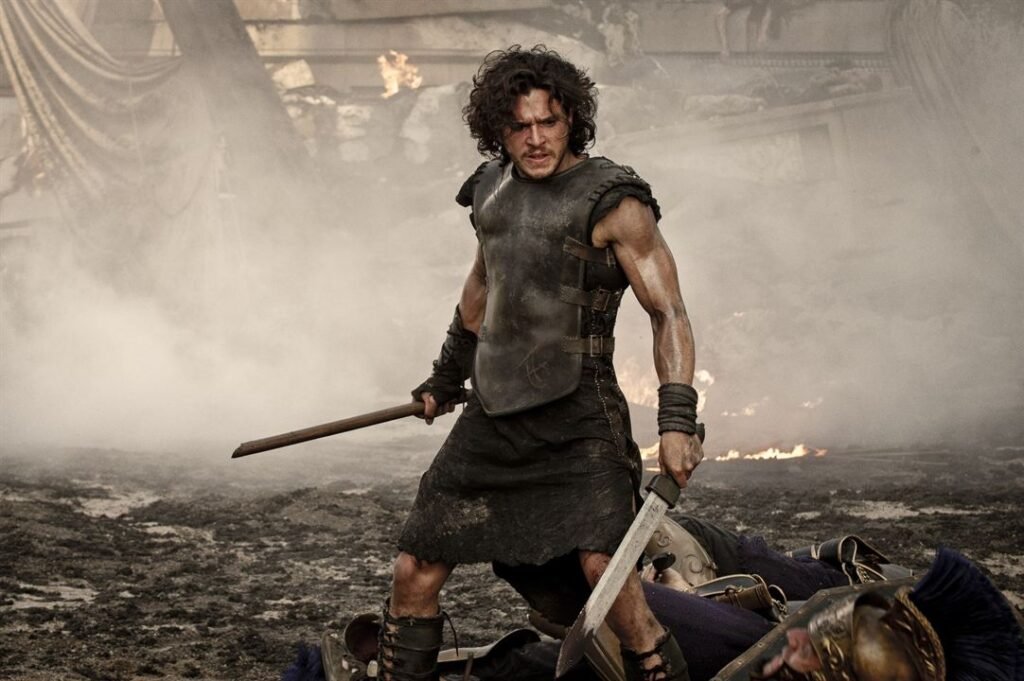 In Harington’s debut feature-length picture, we see him in a romantic take on Mount Vesuvius’ famed explosion: Milo, played by Harington, is a young gladiator who wins the emperor’s daughter Cassia’s heart. Corvious, an ill-tempered general, is also after Cassia’s devotion, however, she does not reciprocate, and when he discovers Milo, the two end themselves fighting to save Cassia.

While Pompeii is more of a fictitious catastrophe film than an exact historical portrayal, the charming love tale is worth seeing and Harington does an excellent job of capturing attention in his debut role, making Pompeii one of the best Kit Harington performances. 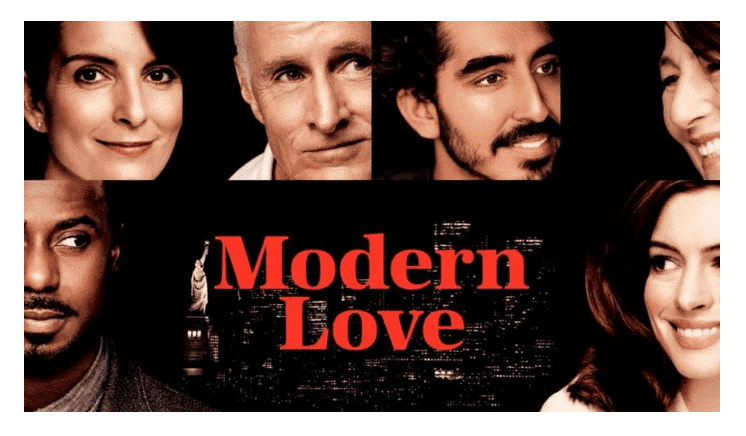 Modern Love is a star-studded anthology romance series that premiered in October 2019, and each episode showcases a new significant guest star navigating their characters’ vastly varied love experience. Kit Harington starred in the Season 2 episode Strangers on a (Dublin) Train, and in the episode, Michael (Harington) falls in love with Paula (Lucy Boynton), a lady he meets on a train to Dublin. We think we definitely had to include Modern Love on our list of best Kit Harington performances. 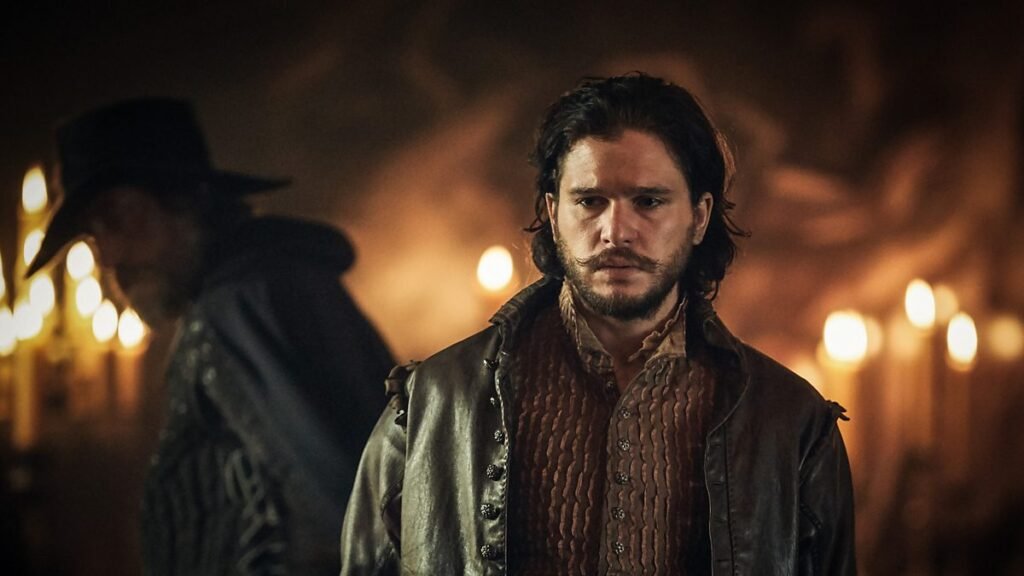 Gunpowder is a three-part BBC drama about the British rebel Robert Catesby, who plotted the assassination of King James I, and not only does Harington play the major part of Robert Catesby, but he is also Catesby’s direct descendant, making Gunpowder one of the best Kit Harington performances. The series earned largely positive reviews, as did Harington’s starring performance, so we had to include this on our list. 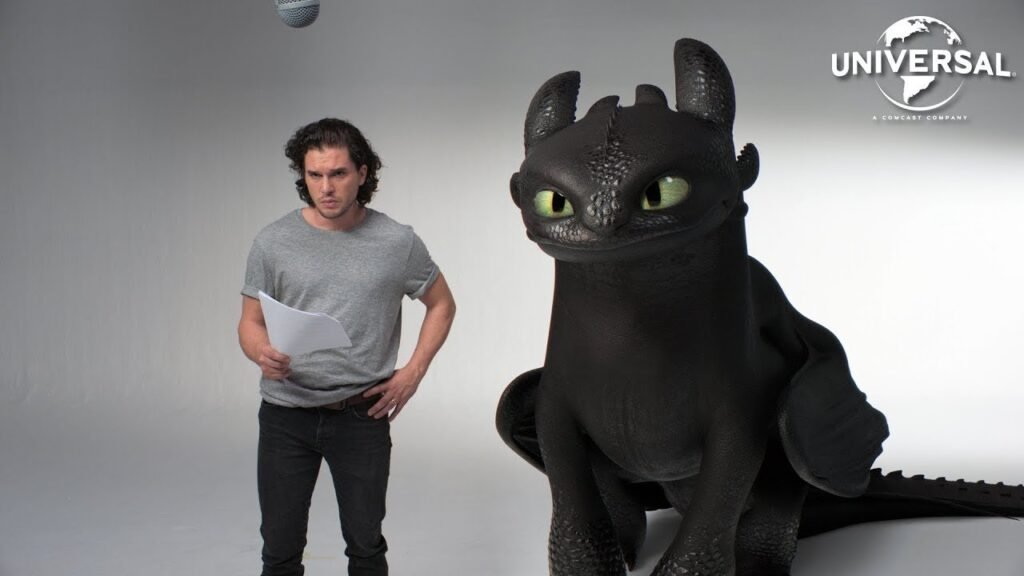 How To Train Your Dragon The Hidden World (2019)

The third movie in Dreamworks’ How To Train Your Dragon series provided an emotional and well-rounded end to the renowned saga, culminating in a sorrowful parting between Hiccup and Toothless, and Kit Harington provided the voice of Eret, son of Eret, for the second time in this picture, making it one of the best Kit Harington performances. In The Hidden World, Eret assists Berk’s dragon riders in facing their most formidable foe yet, Grimmel the Grisly. Brimstone, a Western released in 2016, depicts one family’s fight to survive after a new preacher takes the pulpit in their hamlet and the film received multiple honors, including the Golden Film Award. Harington plays Samuel, a figure introduced in the third act of the film: after being injured in a fight with other travelers, Samuel and his buddy Wolf are discovered by Johanna.