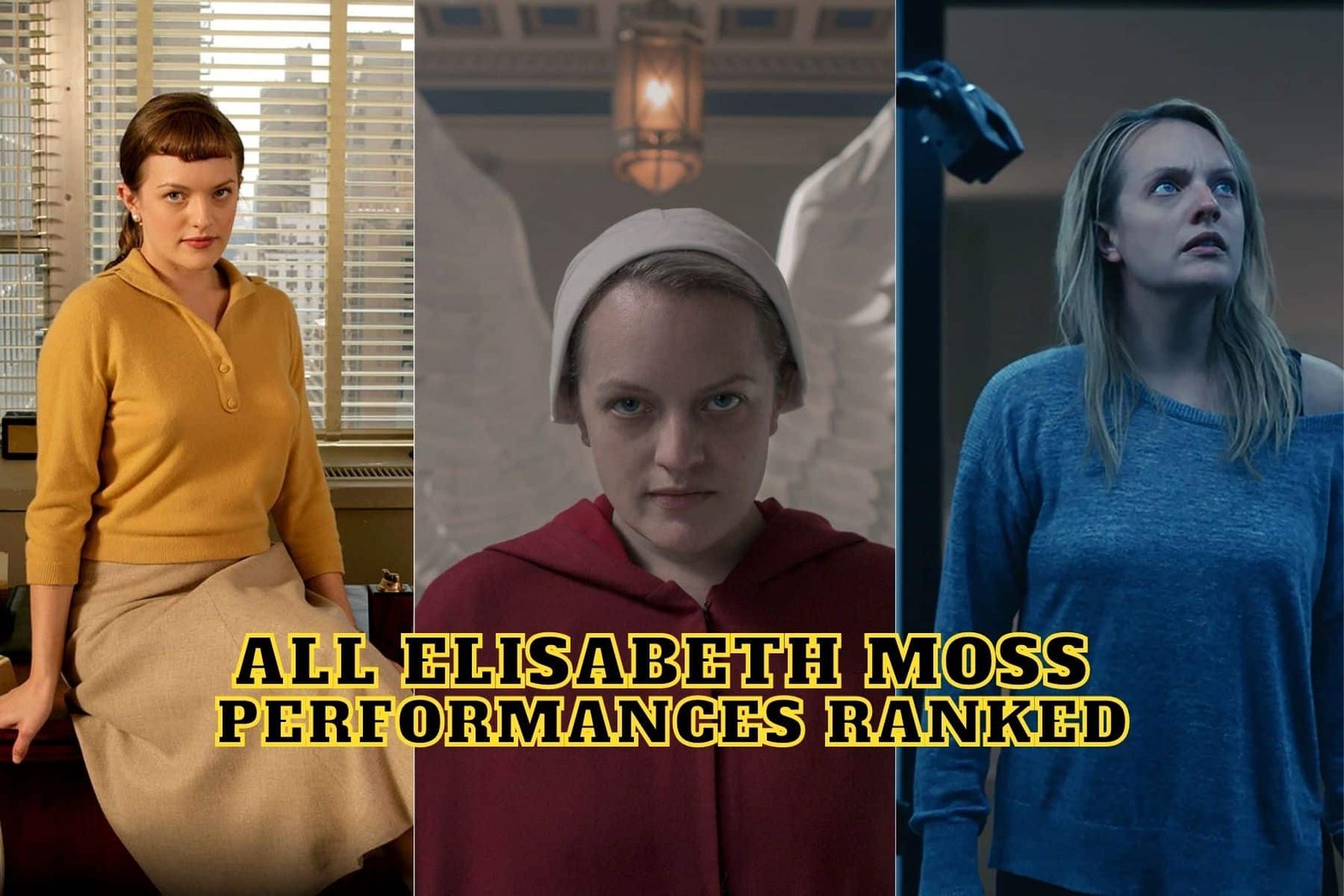 The lead actress of the Apple Tv series Shining Girls, Elisabeth Moss, has become one of Hollywood’s favorite actresses, especially after her award-winning role in The Handmaid’s Tale. Although Moss has been around for a long time, only recently has she risen to popularity. The actress has numerous accolades, including 2 Golden Globe Awards and 2 Primetime Emmy Awards for her portrayals in Top of the Lake (2013-2017) and The Handmaid’s Tale (2017- ).

You probably know Moss from the show that made her earn a wide recognition: Mad Men (2007-2015) or The Handmaid’s Tale we mentioned above. But the actress has other great performances throughout her career that made her an established talent in the industry. Here are a few Elisabeth Moss performances ranked from best to worst. Of course, as the number 1 choice, we got The Handmaid’s Tale, a dystopian drama series based on a book of the same name, written by Margaret Atwood. In the series, fertile women, called “handmaids,” are given to powerful families to bear children for them. This system is carried out under a theocratic totalitarian regime where fertile women are seen only as child-bearing enslaved people. Elizabeth Moss plays one of these handmaids, Offred (named so because the name of the man he is given to is Fred, so she is “of Fred”). The Invisible Man is one of the best Elisabeth Moss movies, receiving a 92% rating on Rotten Tomatoes based on more than 400 reviews. The movie is science fiction and horror in kind. It follows a woman named Cecilia (Moss) who believes her seemingly deceased ex-boyfriend is stalking her after he gained the ability to be invisible. The movie was primarily praised for Moss’s performance and domestic abuse theme. Another of the best Elisabeth Moss performances is in the 2020 movie Shirley, which follows the life of American novelist Shirley Jackson. Moss plays the titular character who struggles to write her new novel after a recent attack of agoraphobia. She finds inspiration after her husband Stanley (Michael Stuhlbarg) takes in a young newly-wed couple. Reviewers say Moss is phenomenal in this movie. 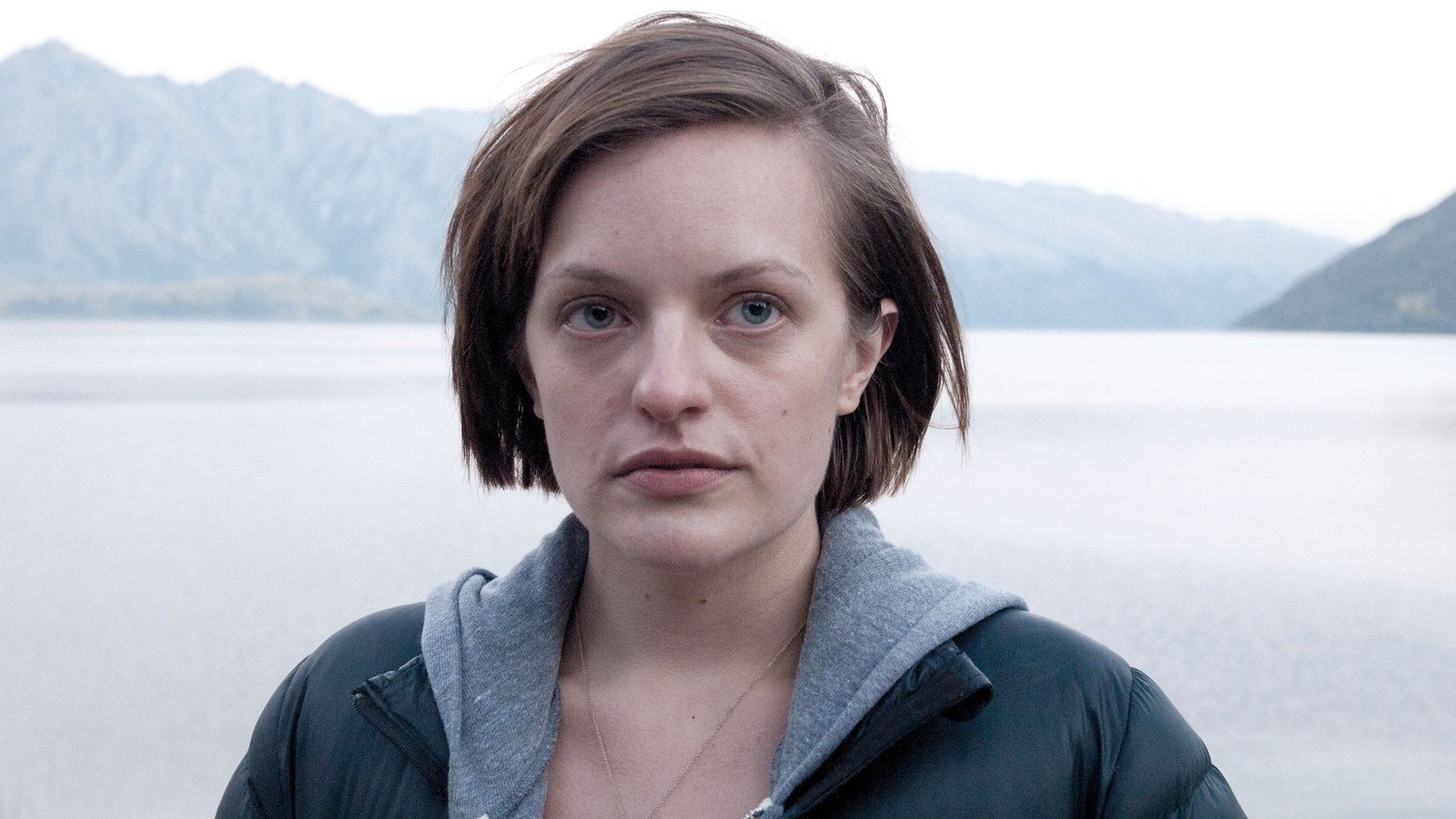 Top of the Lake

Top of the Lake (2013-2017) is a BBC mystery drama tv series that only has 2 seasons. In the 1st season, Moss plays Detective Robin Griffin, who investigates the disappearance of a 12-year-old pregnant girl in New Zealand. Detective Griffin specializes in sexual assault, and in the 2nd season, which is set in Sydney 5 years after the events of the 1st season, she deals with the investigation of the death of an Asian girl. Although the series received mixed reviews, every critic agreed on Moss’ excellent performance. One of the best and most memorable of Elisabeth Moss performances is absolutely Mad Men, a drama series following a charismatic advertising creative director called Don Draper (Jon Hamm). Moss’ character Peggy Olson, starts as Draper’s secretary and rises to become a copywriter with her own office. She constantly struggles with her job because she mostly feels underappreciated and patronized by Don. Moss portrays Peggy’s journey from being a lonesome and withdrawn person to an independent and courageous one. The most recent one of Elisabeth Moss performances is from Shining Girls, in which Moss plays Kirby Mazrachi, an archivist at Chicago Sun-Times. Kirby is a woman who was the victim of a brutal attack, but her assailant was not found. Years after the tragic event, Kirby stumbles upon a murder that resembles her attack. She begins to search, finding her attacker, with the help of a reporter. The show received mixed reviews, while the performances of its leading actors, including Moss, were praised highly. The last item on our list is the Jordan Peele movie Us, one of the latest Elisabeth Moss movies, in which she does not play the main character. Moss plays a woman named Kitty Tyler and her doppelganger Dahlia. Moss shows her acting range by portraying both the friendly housewife Kitty and her murderous counterpart, Dahlia. We only put this Elisabeth Moss movie as the last item on the list because we don’t see her enough in the film. 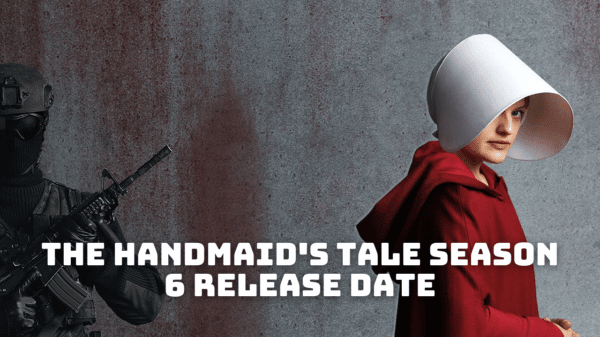 The Handmaid’s Tale Season 6 Release Date, Trailer – Is it Canceled?

The Handmaid’s Tale Season 6 was announced right after the release of Season 5 in September 2022. Hulu fueled the hype by announcing another... 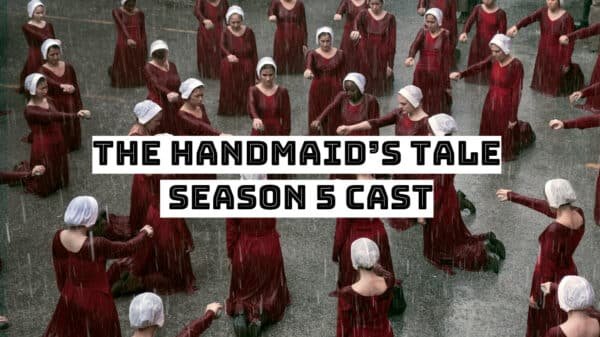 The 5th season of The Handmaid’s Tale premiered on Hulu with a two-part opening episode on September 14, 2022,. Hulu also briefly explained what...