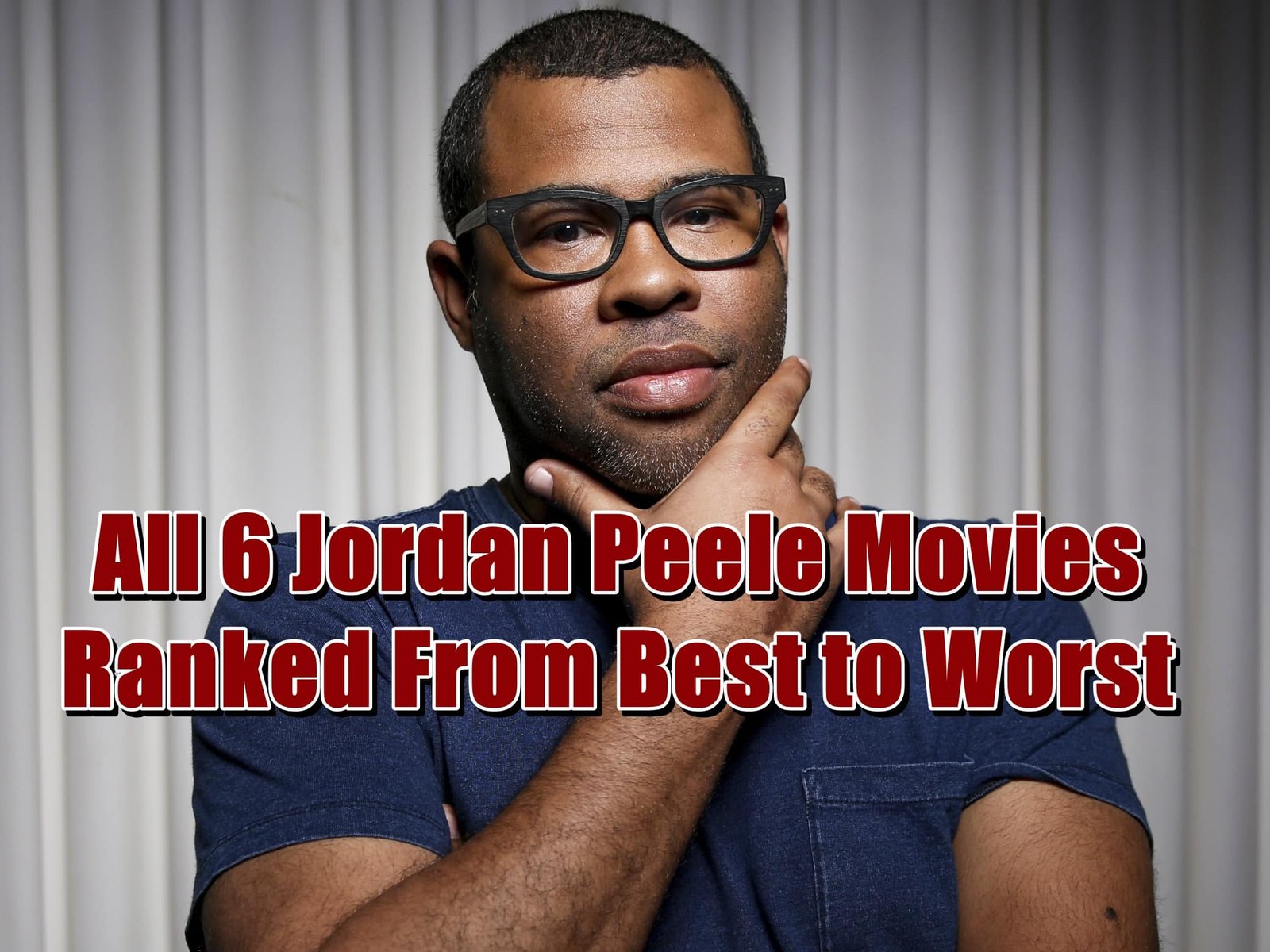 All 6 Jordan Peele Movies Ranked From Best to Worst

Are you wondering which Jordan Peele movie is the best? We have the ultimate ranking list for all Jordan Peele movies here. Jordan Peele has unmistakably established himself as one of the most prolific and successful directors in the genre of modern cinematic horror, and the 43-year-old made his directorial debut with Get Out (2017), which resonated both monetarily and culturally with horror fans; and Peele’s triumph was followed by Us (2019), which grossed $255 million worldwide and gained positive reviews.

Peele’s new horror piece Nope is set to hit theaters, and we also included that one in our list of best Jordan Peele movies. While Nope is sure to follow in the footsteps of Peele’s other directorial projects with early reviews praising the fantastic film, it’s important to highlight Peele’s earlier films, because they are the ones that get him his fame in the first place.

Jordan Peele’s professional trajectory has taken him from comedy gold to one of Hollywood’s must-see directors in the horror genre, and Nope was set to enter cinemas on July 22, 2022, so we think this is the best time to rate all Jordan Peele movies.

Not all actors turned directors have the range that Jordan Peele has as he is a man who went from writing comedies to writing for Us and Get Out, which are two extreme opposites in the film industry. For the ones who admire his work, here is the list of the best Jordan Peele movies. Without a doubt, Jordan Peele’s most successful and culturally significant film to date is Get Out as Peele directed and wrote the film, which follows a young guy named Chris who discovers disturbing truths about his fiancée Rose’s family. When it first came out, the picture was a hit with both reviewers and moviegoers, with many film critics putting Get Out at the top of their lists, and it was for a good reason.

Peele achieved the ideal blend of horror and drama to convey a compelling message about liberal ignorance and the problems associated with racism, so Get Out comfortably ranks at the top of our list of best Jordan Peele movies. 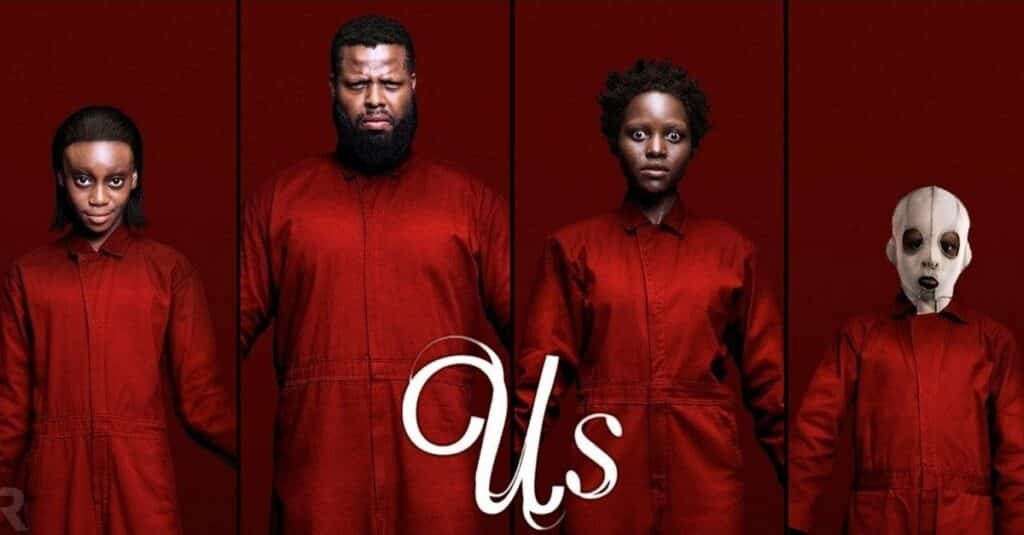 Peele made his directorial debut in 2019 with Us, and this Jordan Peele movie ominously tracked a family being hunted by a group of vengeful doppelgangers named the Tethered; along with Peele’s outstanding screenplay, he assembled a terrific cast all of whom contribute to the spine-chilling idea. Furthermore, Peele constructs an unexpected twist conclusion that we still get shocked every time we watch it. Nope is Jordan Peele’s 3rd film as a writer and director, and this time, the director worked on a terrifying science fiction thriller about a horse ranch, a former child actor, and something ominous lurking. Nope stars Daniel Kaluuya, Keke Palmer, and Steven Yeun, however, whether its script is clever or perplexing varies from review to review, but it is certain that Peele demonstrates with Nope that he is one of the most intriguing directors working in horror genre now. He is still one of the greatest in the business, and this picture has the potential to cement him as an event-level director that many admire.

Keanu, directed by Peter Atencio and written by Jordan Peele and Alex Rubens, follows cousins Clarence and Rell. They decide to enter a gang to reclaim their cat Keanu after he is kidnapped; while the screenplay is far from Peele’s greatest work, Keanu is a truly amusing film that transmits comic content, and the action comedy movie is certainly campier than Peele’s excellent writing. It is true that Keanu is a gut-busting film full of chuckles making it one of the best Jordan Peele movies. 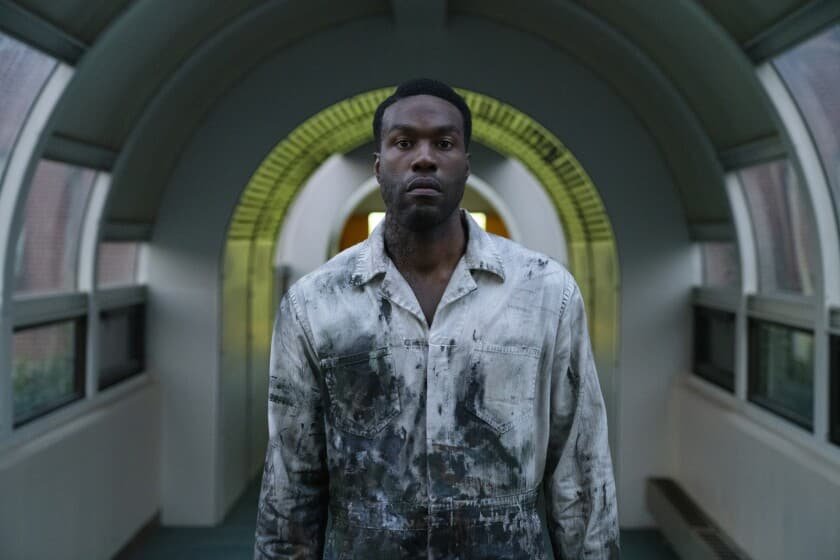 Candyman, directed by Nia DaCosta and co-written by Peele, is a direct sequel to the 1992 original that continues the frightening urban legend in Chicago, and while DaCosta surely contributed to the film’s scare level, it was Peele’s expertise in writing horror that provided a wonderful reintroduction with his screenplay tackling deep issues such as race and class, making it one of the best Jordan Peele movies. 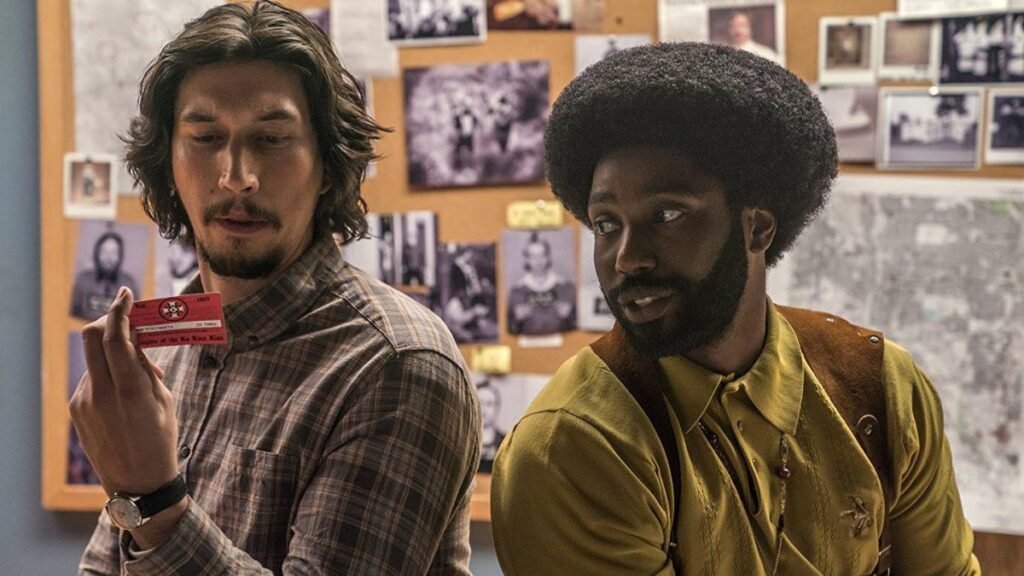 To begin with, this is a fascinating biographical film based on the biography Black Klansman by Ron Stallworth. He is the first African-American police investigator in the Colorado Springs Police Department and his role is performed by John David Washington. John David Washington has a very excellent screen presence like his father, and Adam Driver, Ryan Eggold, and Michael Buscemi all appear in this Jordan Peele movie.

The plot centers around Ron’s difficulties in the police force and his infiltration into a Ku Klux Klan in a humorous, amusing, serious, thought-provoking, and mind-boggling way.