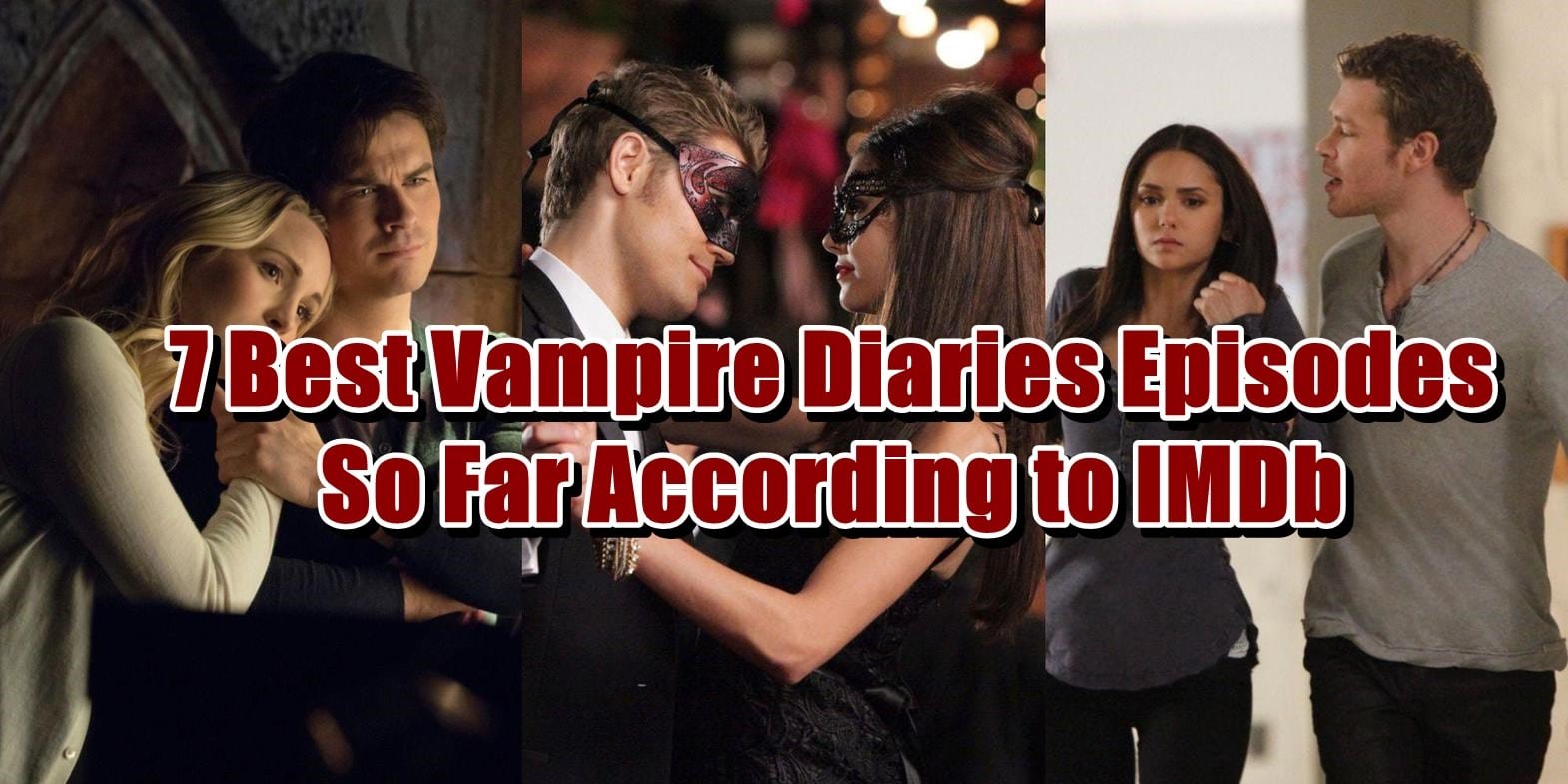 7 Best Vampire Diaries Episodes So Far According to IMDb

There were several jaw-dropping events that had viewers on edge and this series has it all: exhilarating combat scenes, tragic character deaths, sweet romances, and startling plot twists, but which one is the best Vampire Diaries episode? There are so many outstanding moments in many episodes, so it is tough to decide on one.

Despite the fact that The Vampire Diaries has been off the air for several years, it is still extremely popular and countless fans are rewatching all 8 seasons while new viewers are discovering it to binge-watch it. That’s why it’s a good idea to go back in time and identify the best Vampire Diaries episodes based on their trusted scores on IMDb. “The Departed” marked the end of Season 3, and fans found it so fantastic to claim that it might have been the series finale, so it is the best Vampire Diaries episode ever. In it, the neutralized Klaus was more vulnerable than ever as Vampire Alaric was hunting him down. When Alaric staked Klaus, it appeared that every vampire would perish, so the excitement was real till the end.

Rebekah pushed Elena over the road, and she drowned, also murdering Alaric. Elena’s death appeared to be the end of the story, but she had vampire blood in her system, altering the entire course of the series. I Was Feeling Epic

I Was Feeling Epic is the grand finale to end the series, and after 171 episodes, The Vampire Diaries concluded with an emotional farewell with this episode. We said goodbye to the characters that viewers had grown to love, and the series also showed the joy and tranquility that each individual received after the death, marking a clear conclusion for each of them.

The construction of the school for supernatural children was the finest moment, but Elena encountering her family members and the Salvatore brothers in the hereafter was even more amazing than that. I Was Feeling Epic is definitely one of the best Vampire Diaries episodes ever. Season 1 led up to “Founder’s Day,” and it was a celebration that was teased in multiple episodes as fans got their first sight at the Damon and Alaric team as they fought to thwart John Gilbert’s plot. Stefan and Damon’s lives were in danger in this one of the best Vampire Diaries episodes, and Bonnie stood up for what she believed was right as Tyler was touched by a supernatural gadget. Once again, The Vampire Diaries concluded a season on a good note, and the 4th season finale was definitely among the best Vampire Diaries episodes. “Graduation” saw the main actors graduate from high school, and the curtain between the living and the Other Side has been lifted, allowing the deceased to return to Mystic Falls. As the participants attended a masquerade party, this episode tied everything together in terms of Katherine’s background as Elena, Stefan, Damon, Bonnie, and the rest of the good guys devised an ideal strategy to stop her. The plot of the episode is what makes it among the best Vampire Diaries episodes. It’s Been A Hell Of A Ride

The fierce confrontation between Bonnie and Cade was the reason why this episode got such a high score on IMDb, and prior to this one, Cade is hellbent on annihilating Elena and gives Damon the option of saving Elena or Stefan. Damon took the decision to impale himself in order to reach the Other Side, and Cade was killed in this conflict. Klaus was referenced frequently in the second half of Season 2 but we never saw him, and his only true appearance was when he took over Alaric’s body, and this altered in his self-titled episode. For good reason, flashback episodes are frequently regarded as among the greatest in the series, and this is a great example.