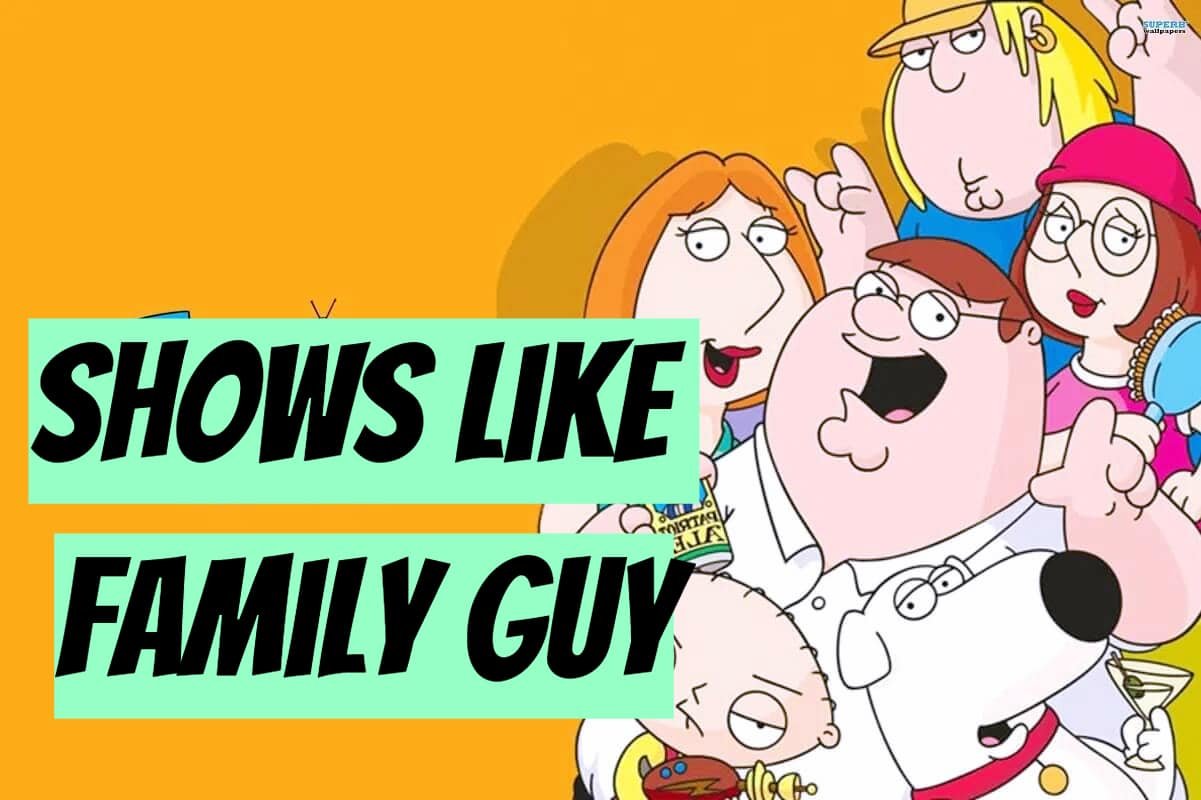 For Family Guy lovers who watch the same episodes over and over, we recommend great series you can watch from start to finish.

Family Guy is a Fox Broadcasting Company adult animated sitcom created by Seth MacFarlane. The Griffins are a family comprised of parents Peter and Lois, their children Meg, Chris, and Stewie, and their anthropomorphic pet dog, Brian. The show, set in the imaginary city of Quahog, Rhode Island, has a lot of metafictional cutaway gags that frequently ridicule American culture.

The first movie we would recommend for Family Guy fans is Disenchantment. Matt Groening produced the American animated satire and fantasy sitcom Disenchantment for Netflix. After previously creating The Simpsons and Futurama for the Fox Broadcasting Company, the series is Groening’s first work to be released only online.

There have been four batches of ten episodes each, for a total of forty. August 2018 saw the release of the first part, September 2019 for the second, January 2021 for the third, and February 2022 for the fourth. Reviews of the series have been mostly favorable. 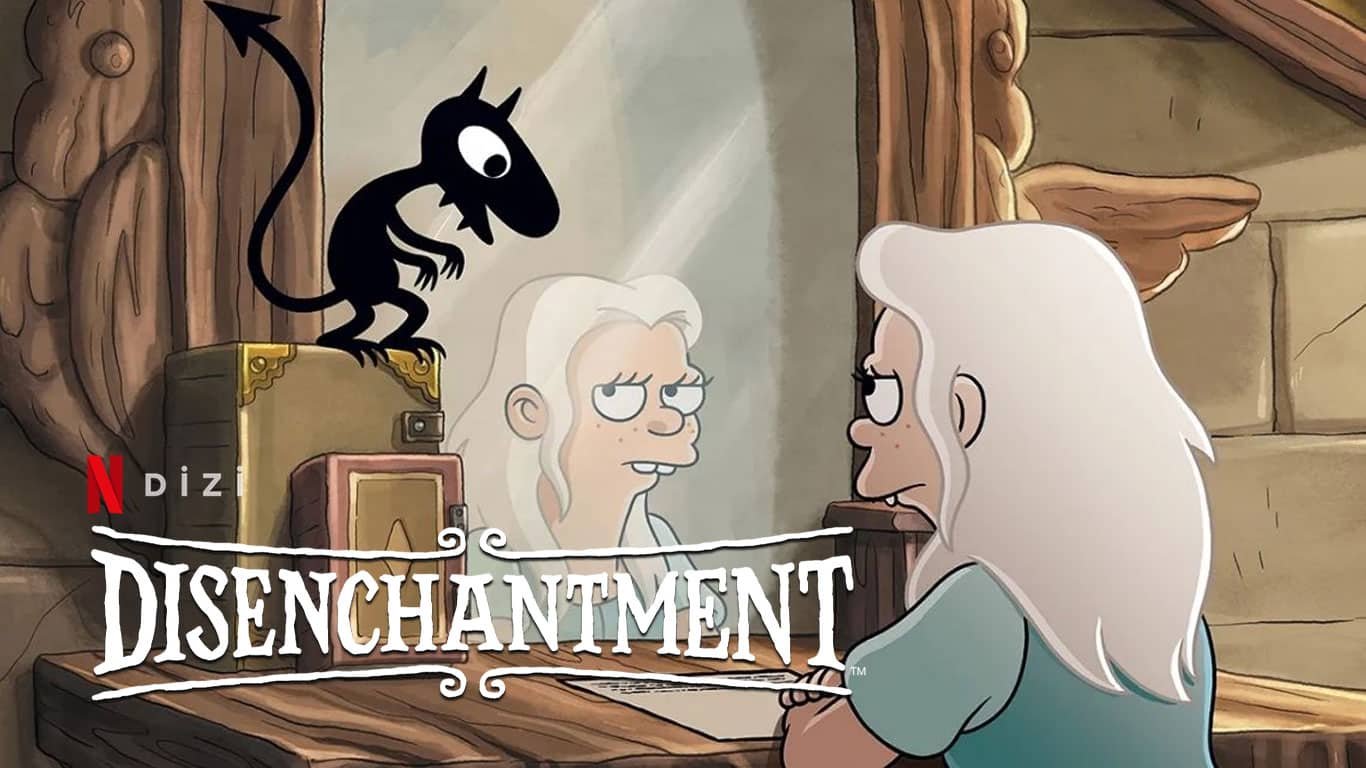 The first season of Waco O’Guin and Roger Black’s American animated sitcom Paradise PD debuted on Netflix on August 31, 2018. The series’ main actors are Dana Snyder, Cedric Yarbrough, David Herman, Tom Kenny, Sarah Chalke, and Kyle Kinane. On March 6, 2020, the second season was made available, and on March 12, 2021, the third. The fourth and final season of Netflix has been renewed, and it will debut on December 16, 2022.

In the small-town police department shown in Paradise PD, crime is pervasive, and the officers are woefully inept. The town is also home to a variety of strange people, such as Terry Two-Toes’ mother, Karen, Crawford’s ex-wife, and Robby and Delbert. Gina’s obsession with Dusty Marlow, Kevin’s desire to win over his father, and Fitz’s secret existence as a drug lord are all ongoing storylines on the program. 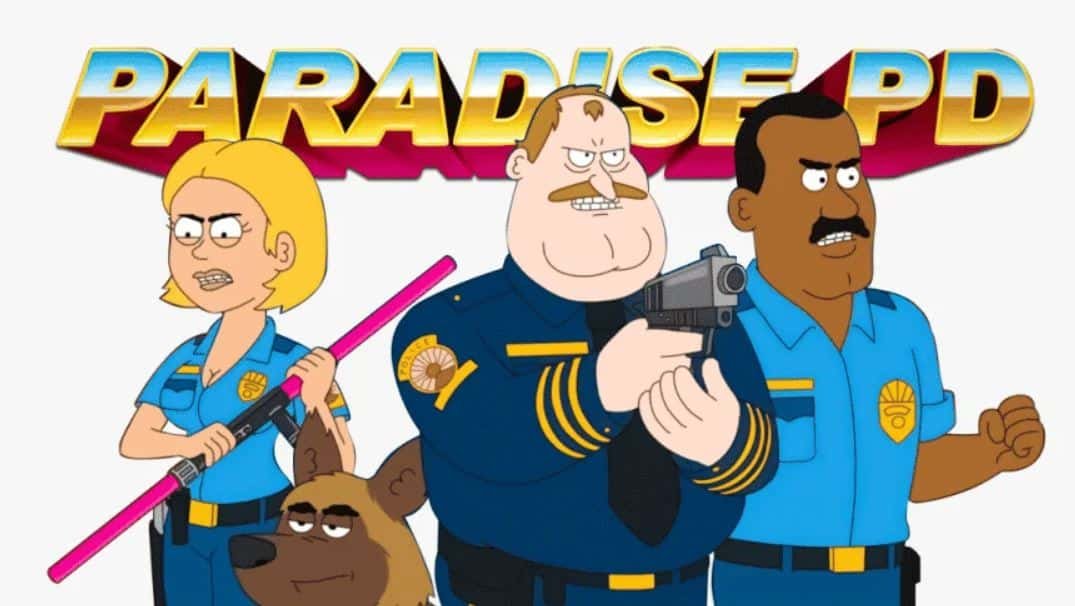 Bill Burr and Michael Price created the American adult animated comedy-drama television series F Is for Family for Netflix. The program is made by Vince Vaughn’s Wild West Television, Show Productions, and Gaumont International Television. The television program, which takes place in the made-up Pennsylvanian town of Rustvale and is set between October 1973 and December 1974, centers on a dysfunctional suburban Irish-American family.

The Murphy family’s upbringing in Pennsylvania in the 1970s was shown in the television series F is For Family. Its fifth and last season is now available for viewing in 2021. From the father, Frank (voiced by Bill Burr), who struggles with his job and family life, to his wife, Sue (Laura Dern), who tries to be more independent and supportive, to each of the three (and eventually four) children starting to grow up in their own ways, viewers have seen a lot from each family member. In the last season, the emphasis is mainly on Frank as he tries to come to terms with his violent father’s passing and move on. 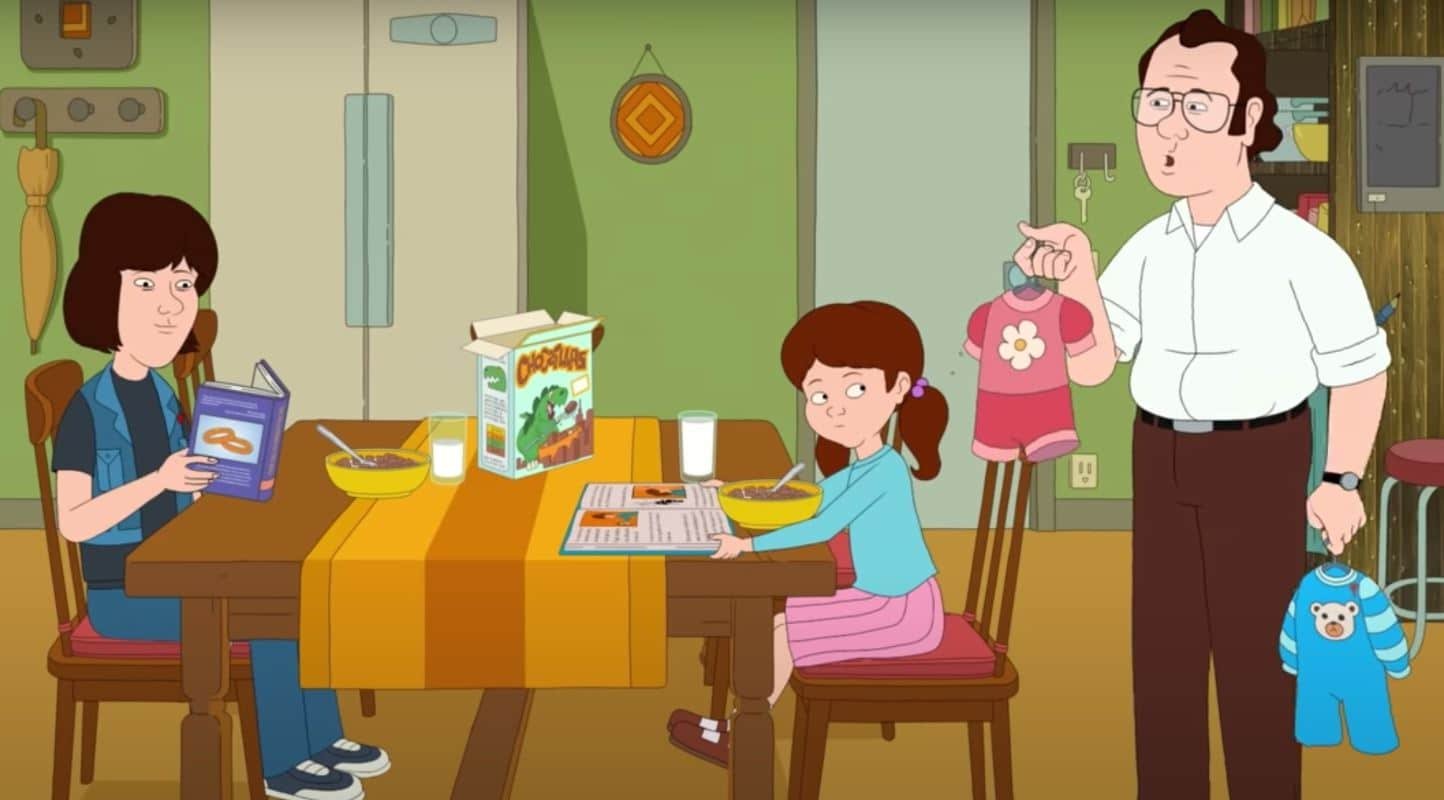 Hoops is a Netflix original American adult animated sitcom that Ben Hoffman produced. It premiered on August 21, 2020. Netflix canceled the show after one season in December 2020.

Ben Hopkins, a “hot-headed, foul-mouthed high school basketball coach who thinks turning around his God-awful squad would catapult him to the ‘big leagues’ and turn his wretched life around,” is the main character in the movie Hoops. 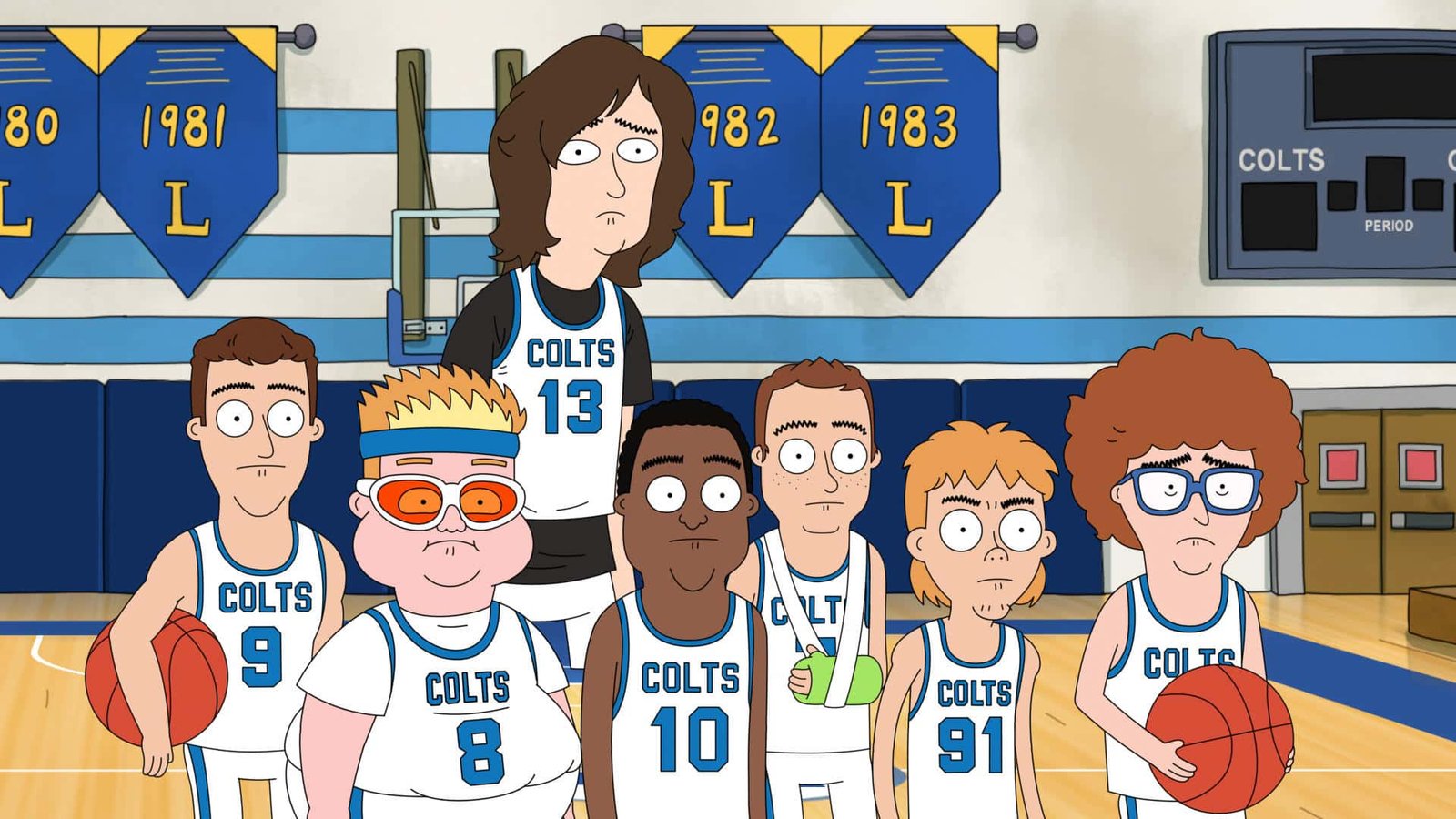 BoJack Horseman is an adult animated black comedy-drama streaming television series. It features the voices of Paul F. Tompkins, Aaron Paul, Will Arnett, Amy Sedaris, and Alison Brie. Cartoonist Lisa Hanawalt, who previously collaborated with Bob-Waksberg on the webcomic Tip Me Over, Pour Me Out, created the program.

The series premiered on Netflix on August 22, 2014. Each of the first five seasons has twelve episodes, while the sixth and final season has sixteen episodes split into two sections of eight. It has been lauded for its realistic take on depression, trauma, addiction, self-destructive behavior, racism, sexism, sexuality, teen pregnancy, and the human condition. 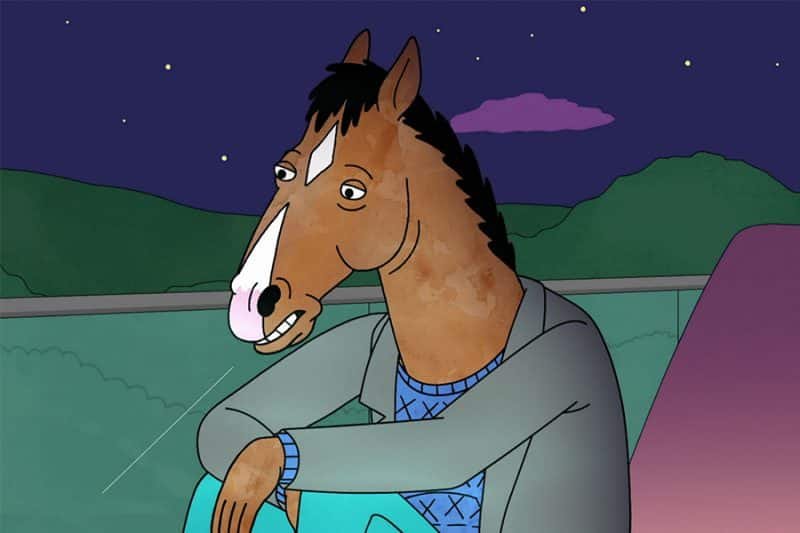 The last movie we would recommend for Family Guy fans is Big Mouth. The Netflix-exclusive American animated coming-of-age sitcom Big Mouth was developed by Andrew Goldberg, Nick Kroll, Mark Levin, and Jennifer Flackett. Kroll plays a fictitious younger version of himself in the show based on Goldberg and Kroll’s suburban New York background and features adolescents. With frankness about the human body and sex, Big Mouth examines adolescence. 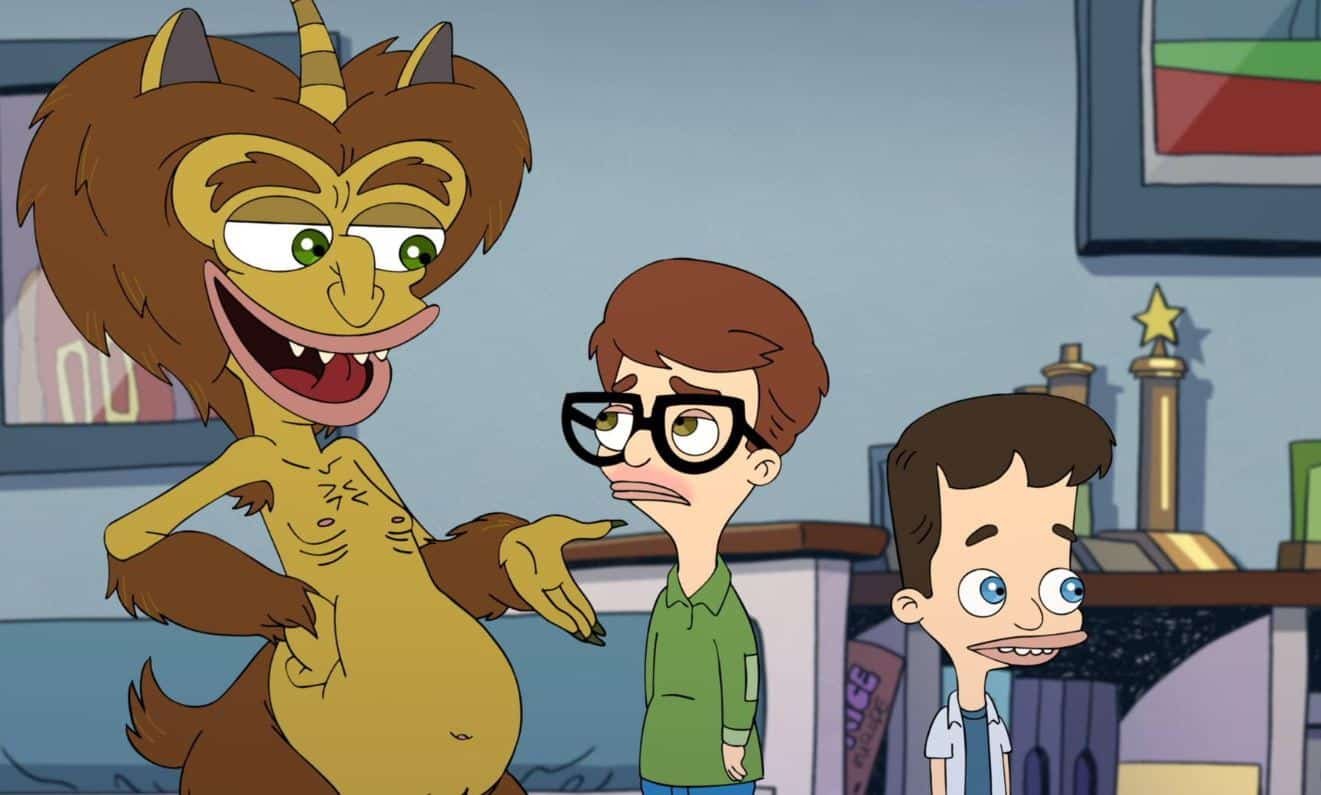 For similar content, check out: 5 Best Animated Movies For The Fans Of Kung Fu Panda!