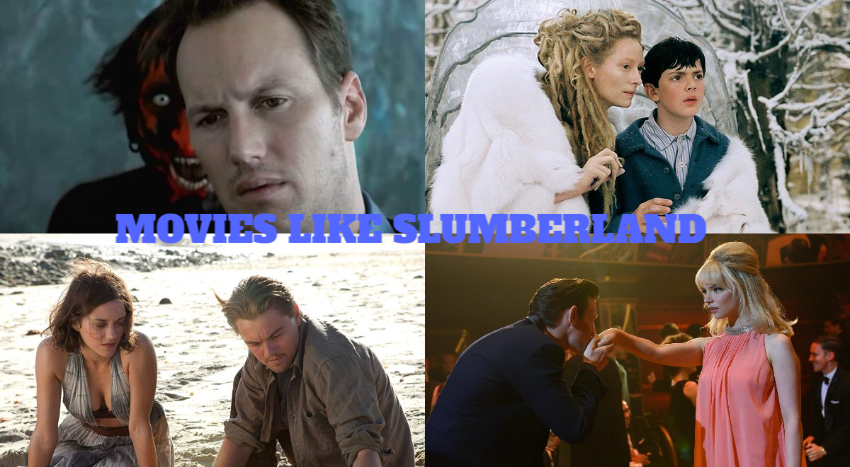 Fasten your belts, we are here with movies like Slumberland for those who admire its magical world!

In Slumberland, our main character, Nemo, is a girl who lost her father on a sea voyage and is trying to cope with the sadness of it. While living with her uncle during his father’s absence, she finds a map to the dream world of the Slumberland universe. There’s a finicky type of outlaw who will be with her as she travel using this map. Nemo’s only dream while on these journeys is to see her father one last time.

Published on November 18, 2022, Slumberland makes us both sad and laugh in the fantasy world for a total of 120 minutes. We are sure that the production, which has a current rating of 6.7 on IMDb, will be loved even more as it is watched. The successful production Slumberland’s cast consists of names as successful as the production itself: Jason Momoa, Marlow Barkley, Kyle Chandler, Weruche Opia and many more.

Let’s move on to the part where we meet movies like Slumberland, which will offer you different and magical dream worlds!

1. The Chronicles of Narnia 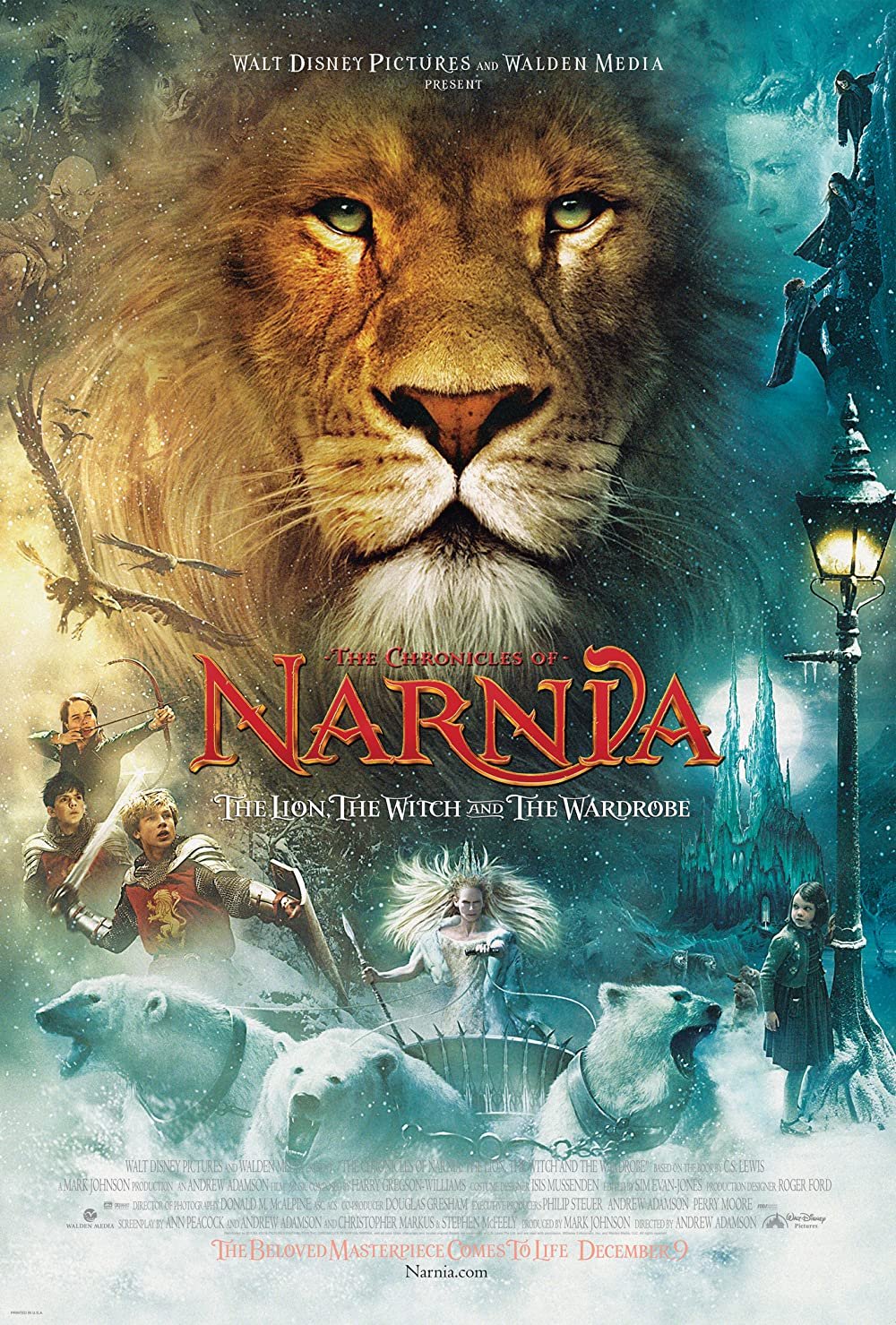 The Chronicles of Narnia

The first member of our movies like Slumberland list, The Chronicles of Narnia is a legend which met its audience for the first time in 2006. In the movie, the Pevensie family were unaware of the adventure they would face when they evacuated their country where they were not safe because of the war. Four siblings start living with a professor. Meanwhile, the youngest sister, Lucy, who plays hide and seek, discovers a wardrobe that takes her to the land of Narnia. Narnia in the snow is full of strange yet unique creatures. The White Witch is also observed by Jadis. When all the children of the family pass through this closet, a completely different world is established inside them.

Adapted from the novel, The Chronicles of Narnia has a total duration of 140 minutes, but you cannot understand how it ends after immersing yourself in its adventure. The production, which has a score of 6.9 on IMDb, has 18 awards in total, and one of them is the Oscar. The Chronicles of Narnia cast includes names such as Tilda Swinton, Georgia Henley, William Moseley and Skandar Keynes. 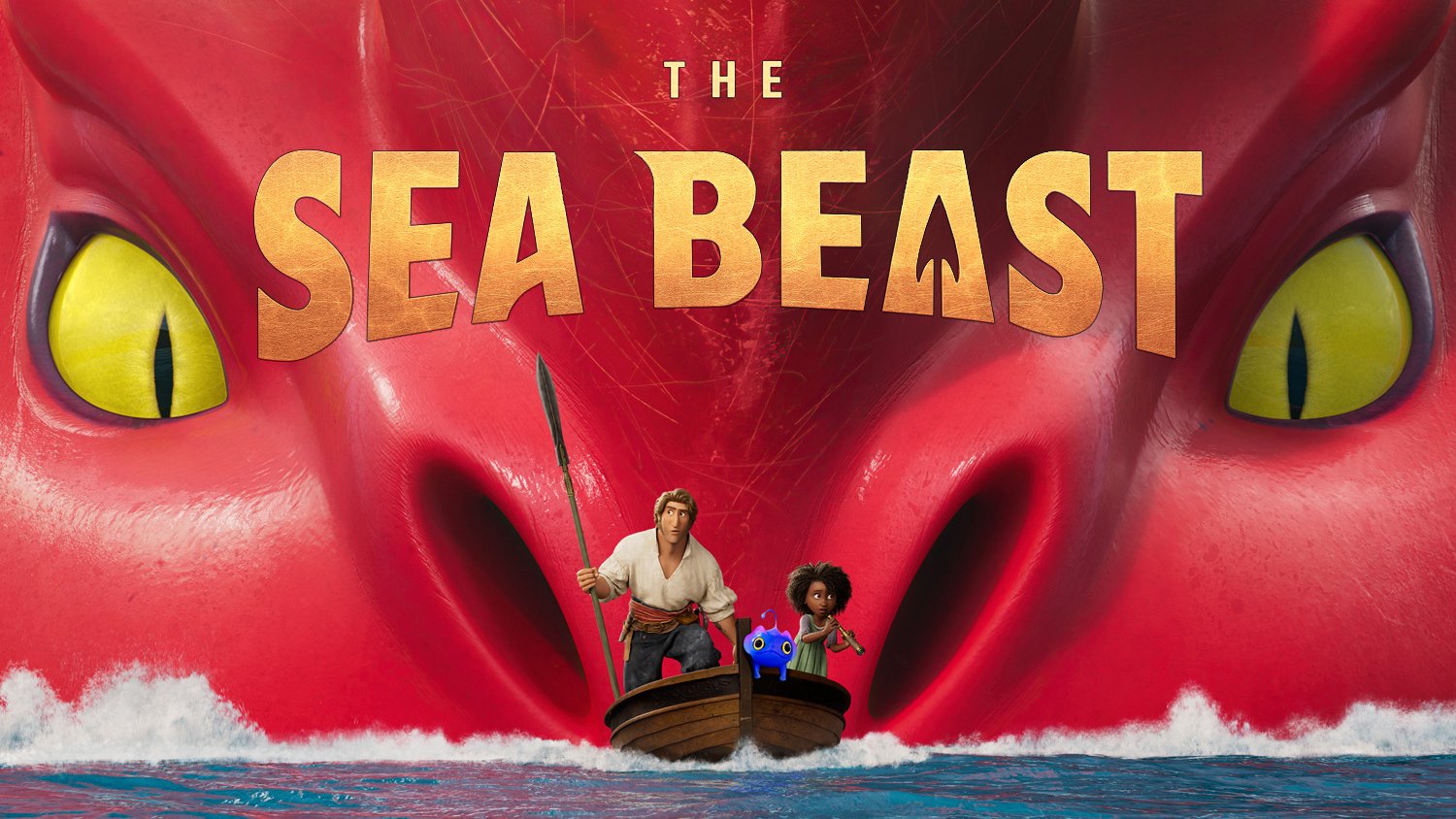 The second member of our movies like Slumberland list, The Sea Beast is a very new 2022 movie. In the universe that The Sea Beast presents to us, the seas are no longer safe places and people have to fight and defeat the temptations that come out of the seas, or they will be defeated. We both witness the story of talented hunters fighting these creatures, and also watch the experiences of a little girl walking around with one of the hunters.

The Sea Beast, which has a score of 7.1 on IMDb, is a 120-minute adventure-filled animation. The voice cast includes names such as Karl Urban, Zaris-Angel Hator, Jared Harris and Benjamin Plessala. 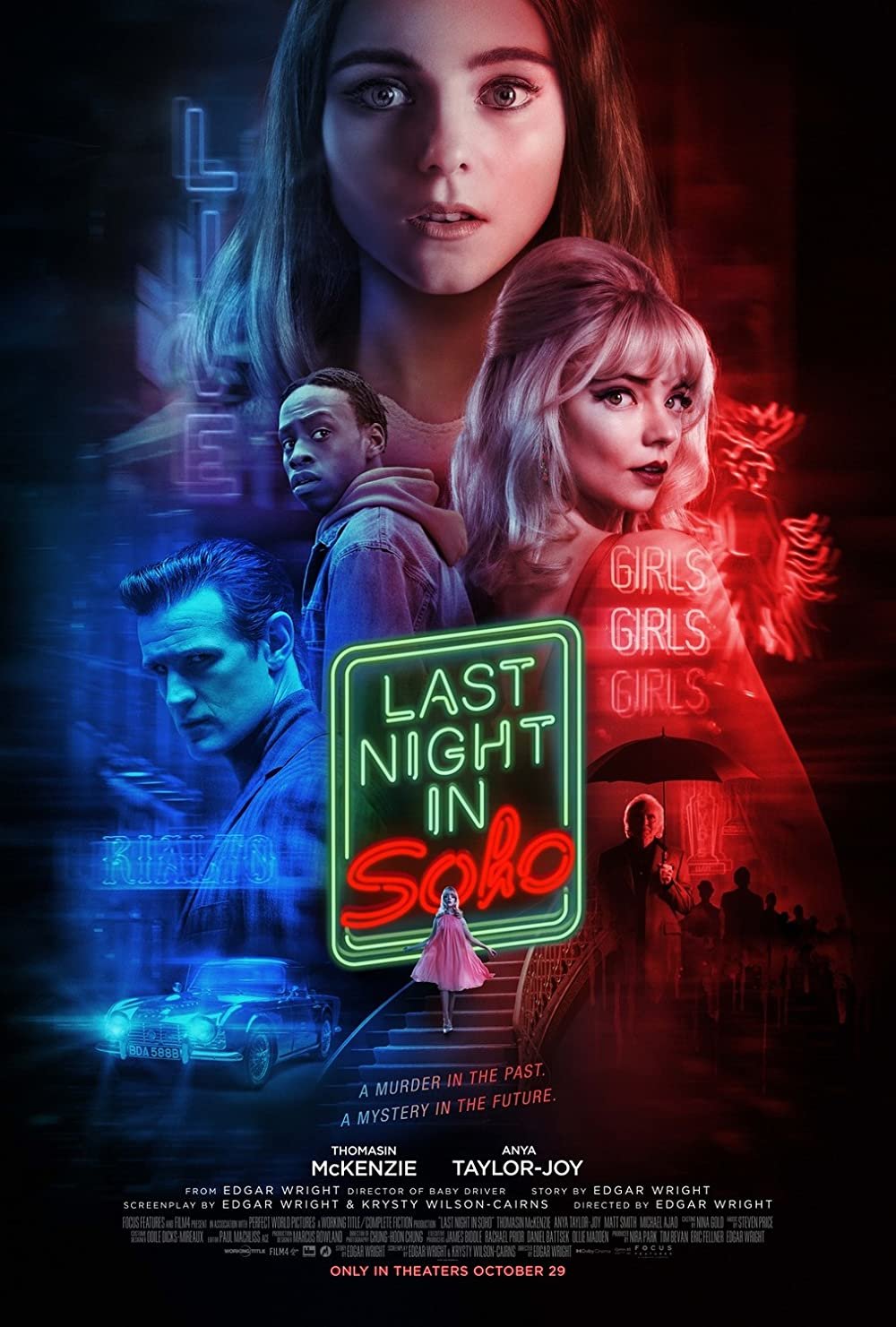 We would be very sorry if we did not present Last Night in Soho, which brings together music, fashion and ghosts, in our movies like Slumberland list. In the 2021 movie, we are invited to the 1960s. Our main character, Eloise, wants to be a successful fashion designer like her mother and is determined to achieve it no matter how difficult it is to find a place for herself in the male-dominated world. One night, she goes on a mysterious journey in her dreams and meets Sandie, whom she admires. She starts meeting her every night and the secrets of the past are revealed one by one.

Last Night in Soho, which contains horror elements as well as being mystical, has an IMDb score of 7.1. It has a total of 19 awards and 69 nominations, two of which are BAFTAs. Edgar Wright is in the director’s and screenwriter’s chair. The Last Night in Soho cast includes names such as Thomasin Mckenzie, Anya Taylor-Joy, Matt Smith and Diana Rigg. 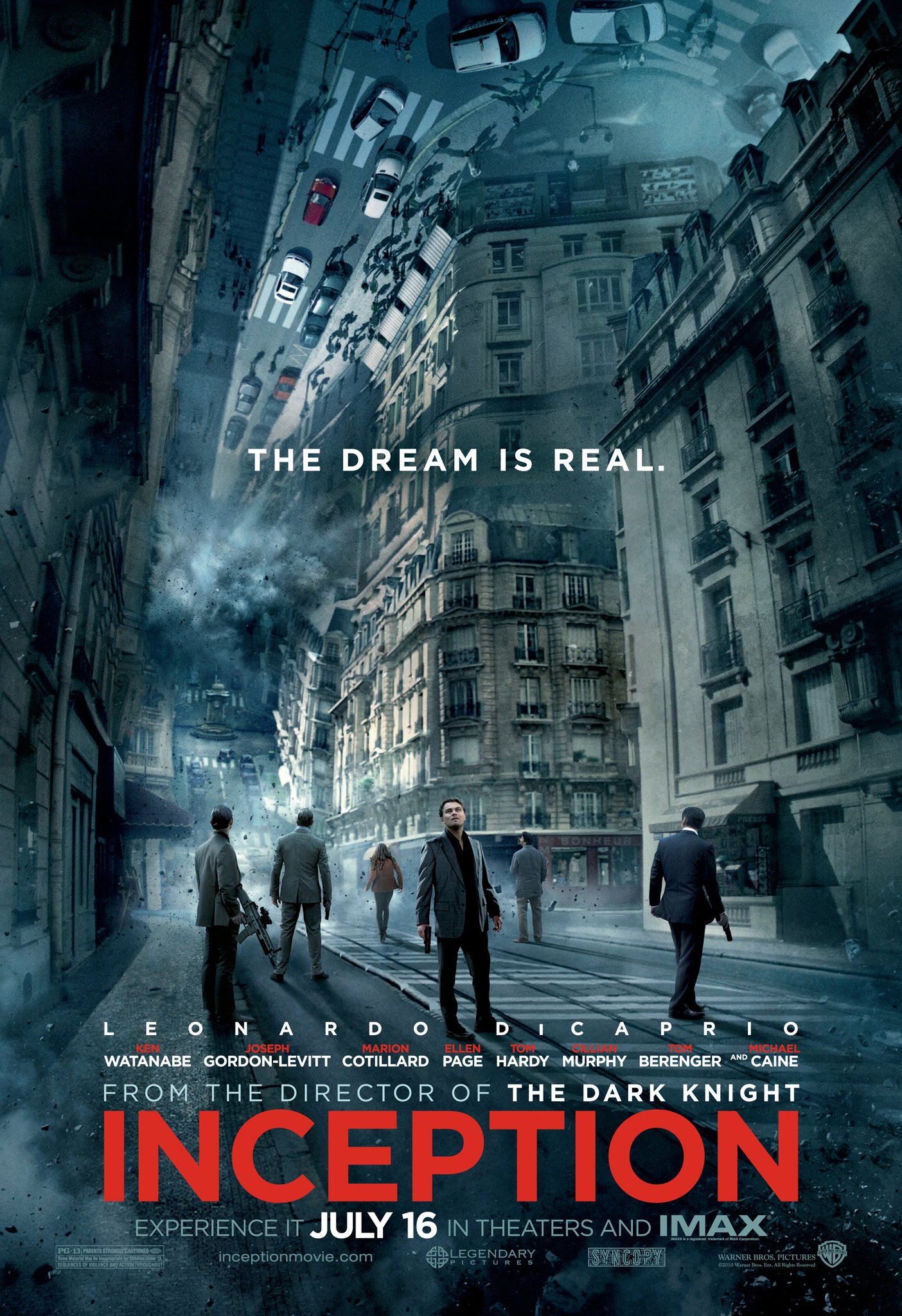 Incepton, a member of our movies like Slumberland list that appeals to all ages, is a 2010 science-fiction. Dom Copp, our main character in the movie, is an extremely talented thief, but he does not steal tangible things such as belongings. Dom steals people’s biggest secrets while they unconsciously open every thought in their minds, namely in their dreams. This ability, which attracts the attention of corporate espionage, assigns him a new mission. This time,he will not steal  the secrets, he will load information into people’s minds.

Inception, which has become one of the best films of the last 25 years in a short time, has a score of 8.8 on IMDb. There are 158 awards in total, 4 of which are Oscars! Of course, when Christopher Nolan sits in the chair of both the director and the screenwriter, its success is inevitable. The cast of the production is a team of legends: Leonardo DiCaprio, Joseph Gordon-Levitt, Elliot Page, Ken Watanabe and Tom Hardy. 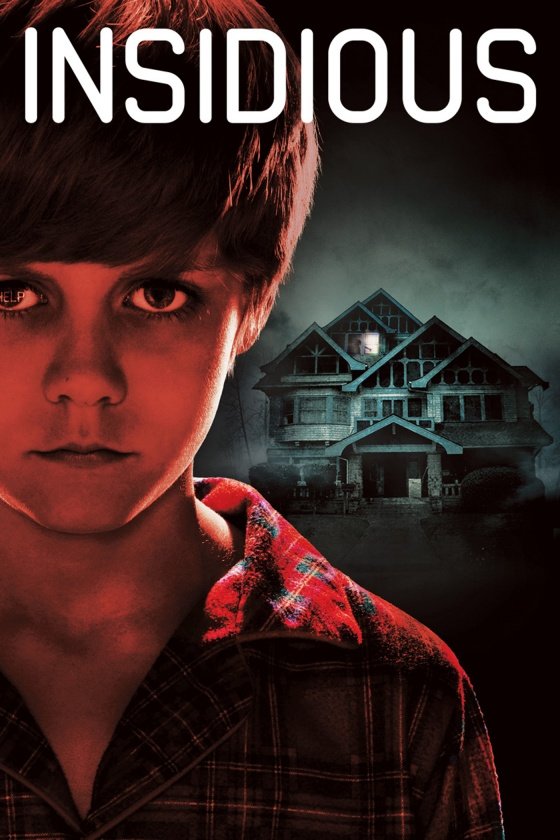 Another member of our movies like Slumberland list, Insidious is a real horror movie from 2010. In the movie, our main characters Josh, Renai and their 3 children move into a new house. They experience very strange things at home and one of their children falls into a coma for no apparent reason. Renai believes the house is cursed, she begs her husband and they move in, but it doesn’t stop. Renai calls a psychic home, and what happens next is more than enough to shock everyone.

Insidious, which will not move you from your seat for a total of 100 minutes, has a score of 6.8 on IMDb. Since the production, which has 8 awards, was very popular, many sequels were made after it. The story, written by Liegh Whaller, was brought to the screen by James Wan. The Insidious cast includes Patrick Wilson, Rose Byrne, Ty Simpkins, and Lin Shaye.

6. The Secret Life of Walter Mitty 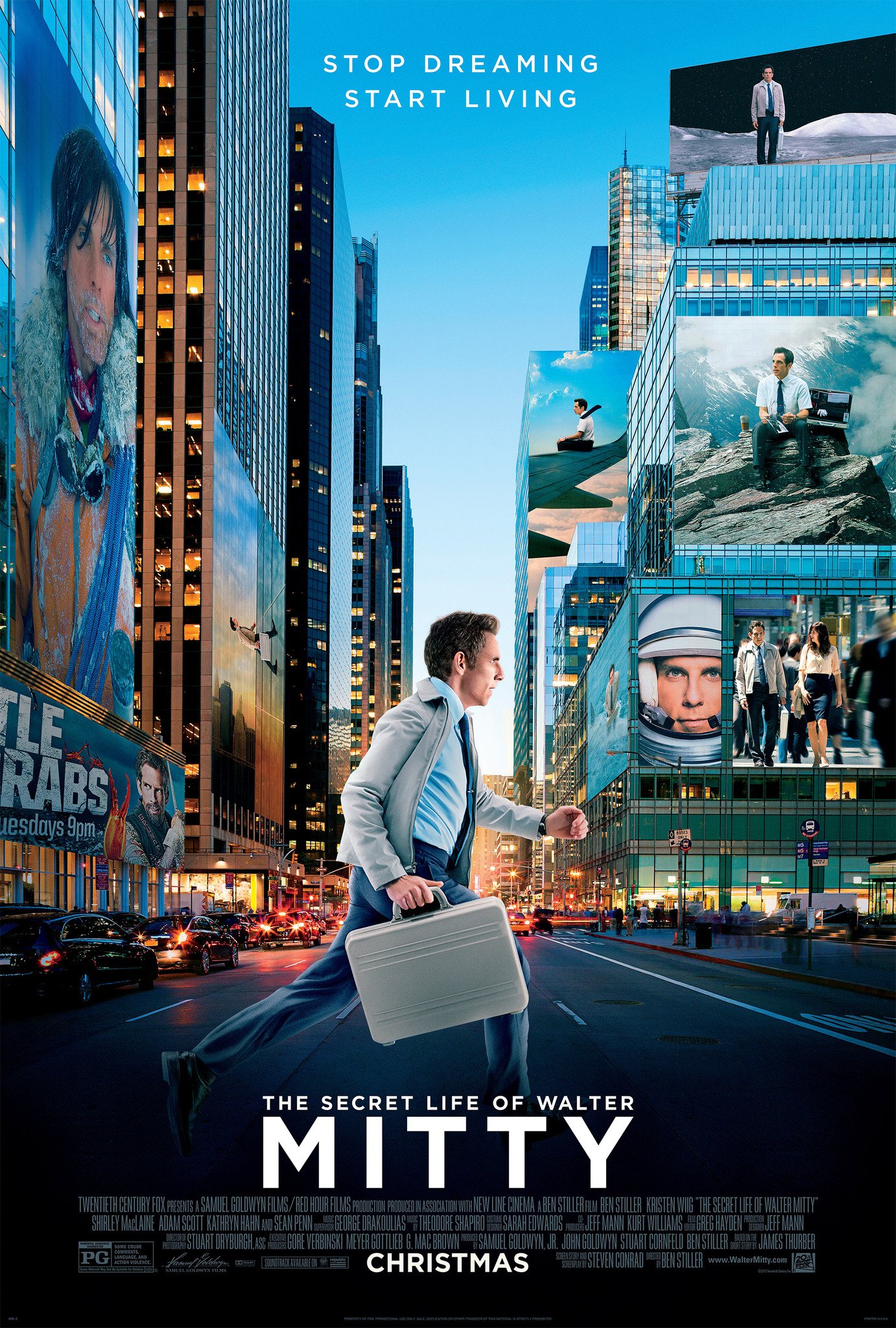 The Secret Life of Walter Mitty

The last member of our movies like Slumberland list, The Secret Life of Walter Mitty met for the first time in 2013 with its lovers and those waiting. Walter, our main character in the movie, works in the photo archive of a very famous magazine and has a very quiet life. Cheryl has just started working at the magazine and Walter falls in love with her the moment he sees her. As he gets to know her, he realizes that she is the woman of his dreams, but he can’t even get close to her because she is too shy. Just at this time, Walter, who learns that the magazine will only publish on the internet, realizes that he can no longer live in fear of losing everything.

The Secret Life of Walter Mitty, which has a score of 7.3 on IMDb, offers us a total of 120 minutes of drama-comedy and adventure. The cast of the production includes names such as Ben Stiller, Kristen Wiig, Jon Daly and Adam Scott.

Also Read: 6 Movies Like The Barbarian – What To Watch If You Are A Barbarian Fan? 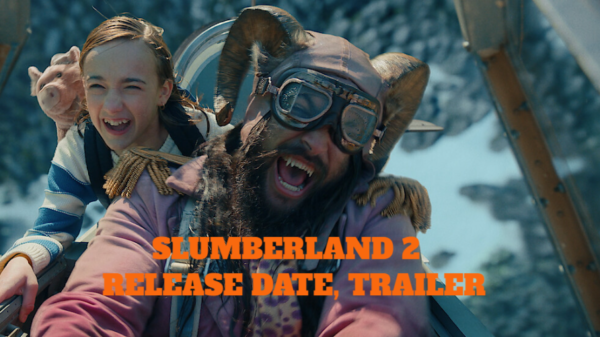 Slumberland 2 Release Date, Trailer – Will There Be a Slumberland Sequel?

We are here with our article about Slumberland 2, which we prepared for Slumberland lovers who enjoys world of dreams! In Slumberland, our main... 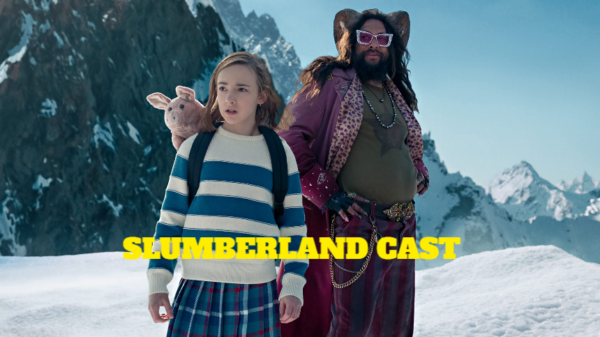 Are you ready to meet the Slumberland cast members who invite us to the land of colorful dreams? We are ready! In Slumberland, despite...