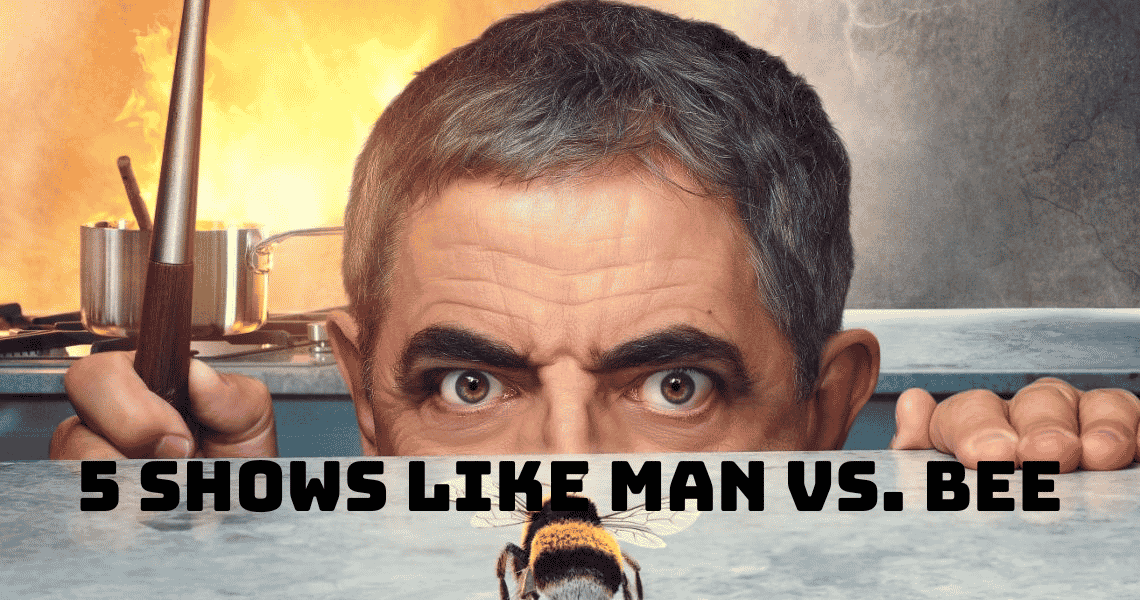 The slapstick comedy Man vs. Bee has just dropped to Netflix on June 24, 2022, and we must confess that we watched it through in one go. Because we liked it so much, we are now on the lookout for shows like Man vs Bee. If you loved the series as much as we did and are craving for more episodes, don’t worry. We’ve compiled 5 shows for you to watch until Man vs Bee Season 2 arrives.

Who doesn’t like Rowan Atkinson? From Mr. Bean to The Thin Blue Line, we are sure he’s the most popular British comedian ever. And now, thankfully, he is back with a brand new comedy series, Man vs. Bee. The series, developed by Atkinson himself and in which he also stars, is about a house sitter named Trevor who finds himself in the middle of a fight with a bee while inhabiting an elegant mansion. Without much ado, let’s dive into shows like Man vs Bee! 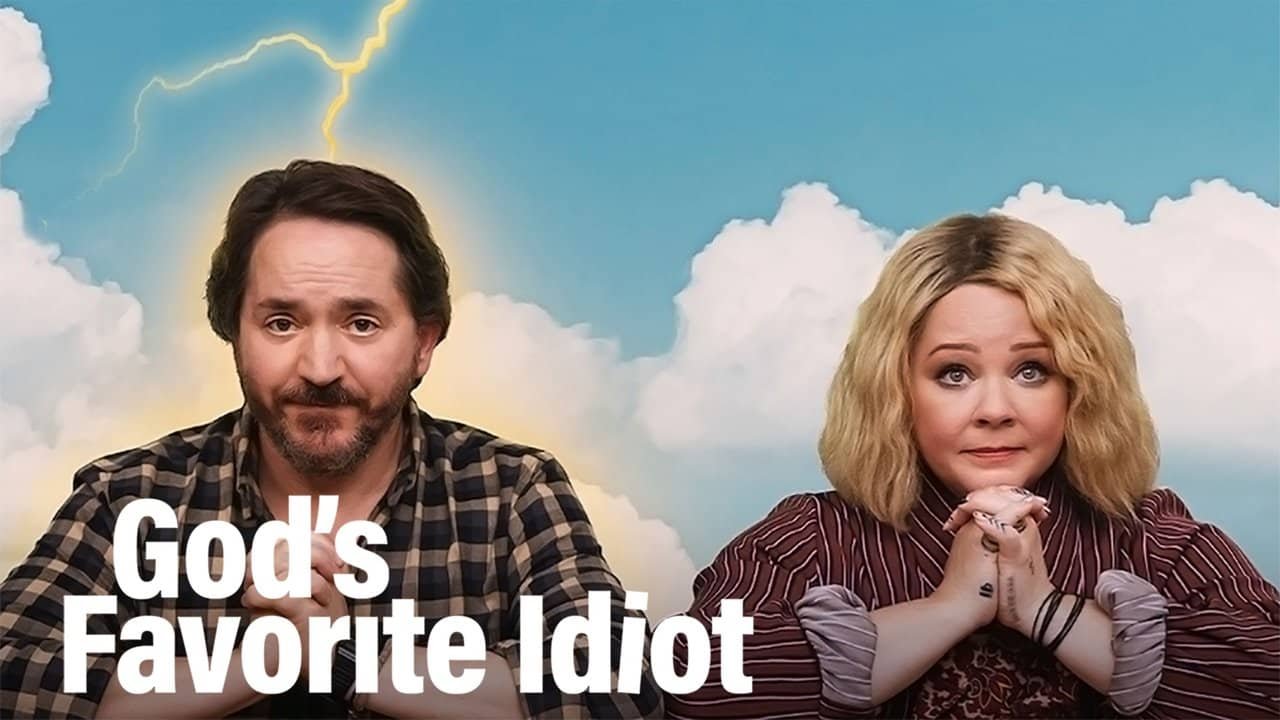 God’s Favorite Idiot, written by and starring Ben Falcone, is an apocalyptic workplace comedy series that revolves around a man named Clark who suddenly has the ability to glow after being struck by lightning from an unusual angel cloud. Things get bizarre when an angel informs him that he is supposed to be God’s messenger and must prevent the apocalypse. The first season of the series, released on June 15, 2022, consists of 8 episodes, all of which are available to stream on Netflix. God’s Favorite Idiot is a must watch for those who are looking for shows like Man vs Bee. The second show, which is similar to Man vs. Bee, is a comedy with a dash of crime. Based on the BBC Three television series Murder in Successville, Murderville contains improvisational elements and each episode has a guest star who plays a junior detective. The guest star doesn’t get the script before filming and must help lead detective Terry Seattle (played by Will Arnett) solve the various murder cases in each episode. You can watch the six-part series on Netflix. Here is another workplace comedy, Space Force! The series revolves around a group of people tasked with building the sixth branch of the United States Armed Forces, the United States Space Force. It was developed by Greg Daniels and Steve Carell and consists of many outstanding actors and actresses such as Steve Carell himself, John Malkovich, Ben Schwartz and Tawny Newsome. It was released in 2020 and has 2 seasons with a total of 17 episodes, all of which are available on Netflix. Living with Yourself is a Netflix comedy developed by Timothy Greenberg. The eight-episode series premiered on the streaming platform on October 18, 2022, and stars well-known actor Paul Rudd, best known for his role as Ant-Man in the Marvel Cinematic Universe, and Aisling Bea. The series revolves around a man who discovers that he has been replaced by a cloned version of himself after undergoing a mysterious treatment that promises him a better life. If you like science fiction with existential comedy, you should definitely check out Living with Yourself. 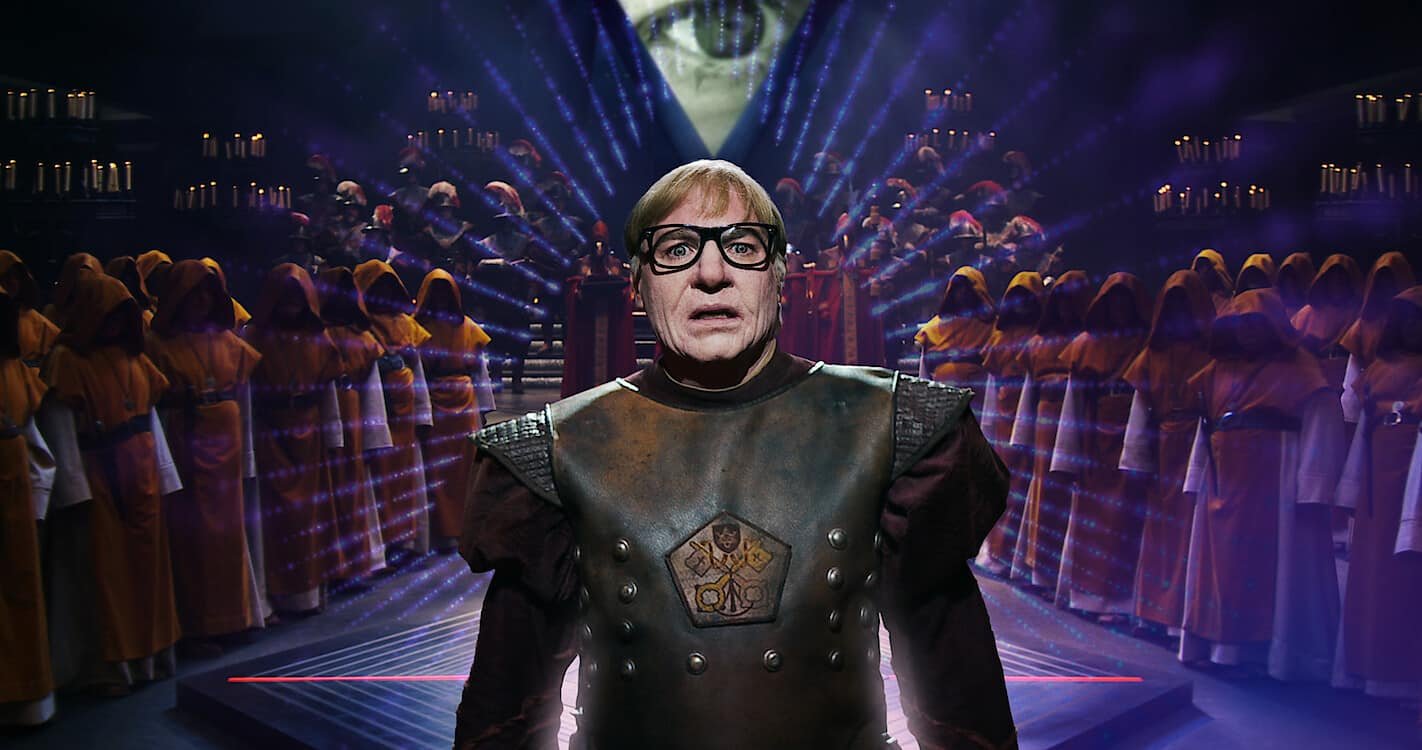 Here is the last, but definitely not the least TV series on our list of shows like Man vs Bee. Inspired by Canadian actor Mike Myers’ conspiracy theories from the 1993 film So I Married an Axe Murderer, The Pentaverate was developed by the actor and released on Netflix on May 5, 2022. The series, which features Mike Myers himself in eight different roles, also stars Ken Jeong, Keegan-Michael Key, Debi Mazar, Jennifer Saunders and many others, and revolves around a Canadian journalist who gets involved in a mission to uncover the truth and possibly save the world himself. The Pentaverate was planned as a miniseries and includes 6 episodes. 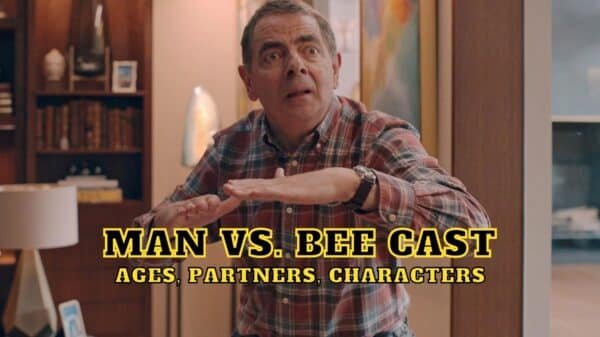 The Man vs. Bee cast has the comedy legend Rowan Atkinson going back to tv with a short comedy series. He plays a man... 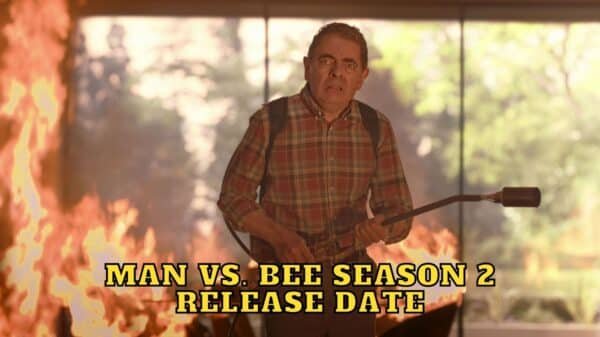 Man vs. Bee Season 2 Release Date, Trailer – Is it Canceled?

Man vs. Bee, the latest comedy series written by William Davies and Rowan Atkinson, has just dropped on Netflix. The lead actor is also...