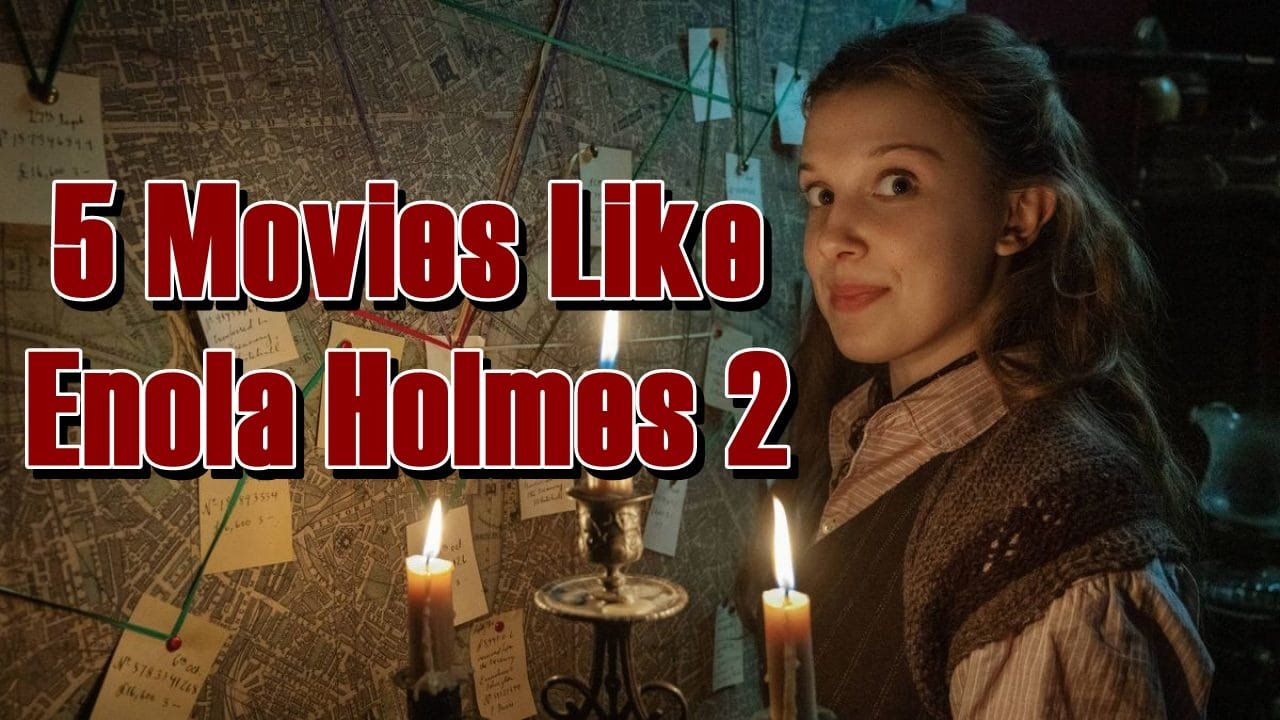 Enola Holmes has returned with a sequel, and we are here to share the movies like Enola Holmes 2 with you, although the movie is a lackluster one this time, and even if the title character is still endearing as always, the movie’s plot is poorly handled. Doctor John Watson is introduced as Sherlock’s new roommate in the climactic scene of Enola Holmes 2, and for several reasons, Enola Holmes 2 was a highly anticipated movie.

Gradually receiving star billing, Millie Bob Brown surely does so: these days, interesting and unpredictable “whodunnits” are becoming less common, but key female sleuths are extremely unusual. The other gender has traditionally been linked with detective work, and there are few female detectives: Enola Holmes, however, has more to offer than that, therefore we choose to compile a list of movies like Enola Holmes 2.

In the age of streaming, there is no shortage of murder mysteries, and it might be challenging to filter through the dense information, but we are here to fulfill your movie wishes. This list of movies like Enola Holmes 2 is for you if you like the movie and the prequel as well or if you actually appreciate seeing geniuses solve crimes. 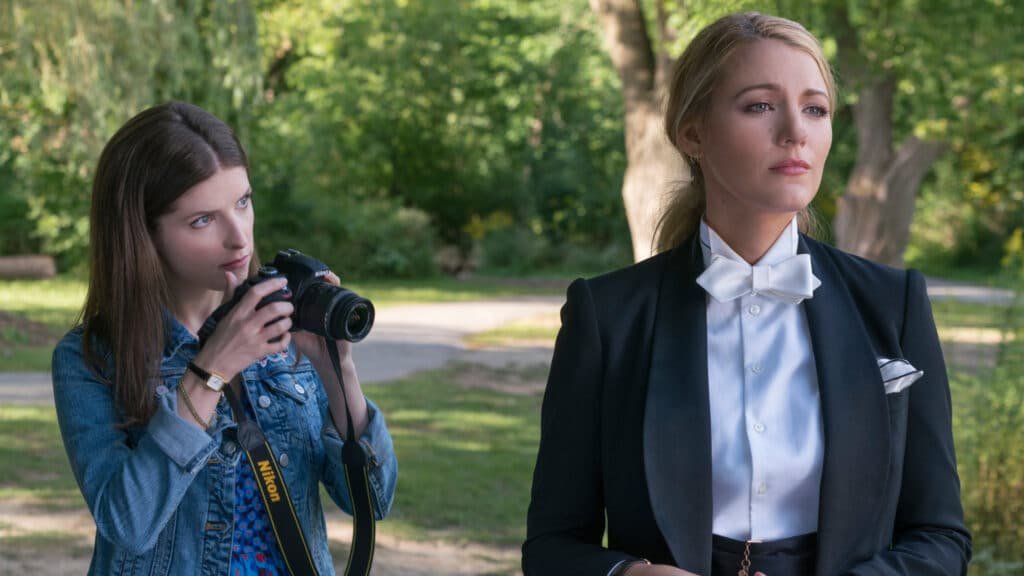 Actually, Paul Feig has never produced a subpar movie, his stories always manage to touch us, even when he is not at his best. By no means is His A Simple Favor a flawless film, but it has a comforting familiarity that sees you through until the very end, and undoubtedly, Blake Lively and Anna Kendrick are the roots of that. In their leading roles, both women take care to portray individuals that aren’t too far removed from reality, making it one of the movies like Enola Holmes 2.

Both Stephanie (Kendrick) and Emily (Lively) are rooted in the stereotypical perception of American housewives, and the clash between the conventional and modernist interpretations of that function is subordinate to the main mystery of Emily’s disappearance. The fact that the same cast will return for the sequel sometime in the following year makes it even better, so everyone would watch the movie, no doubt. 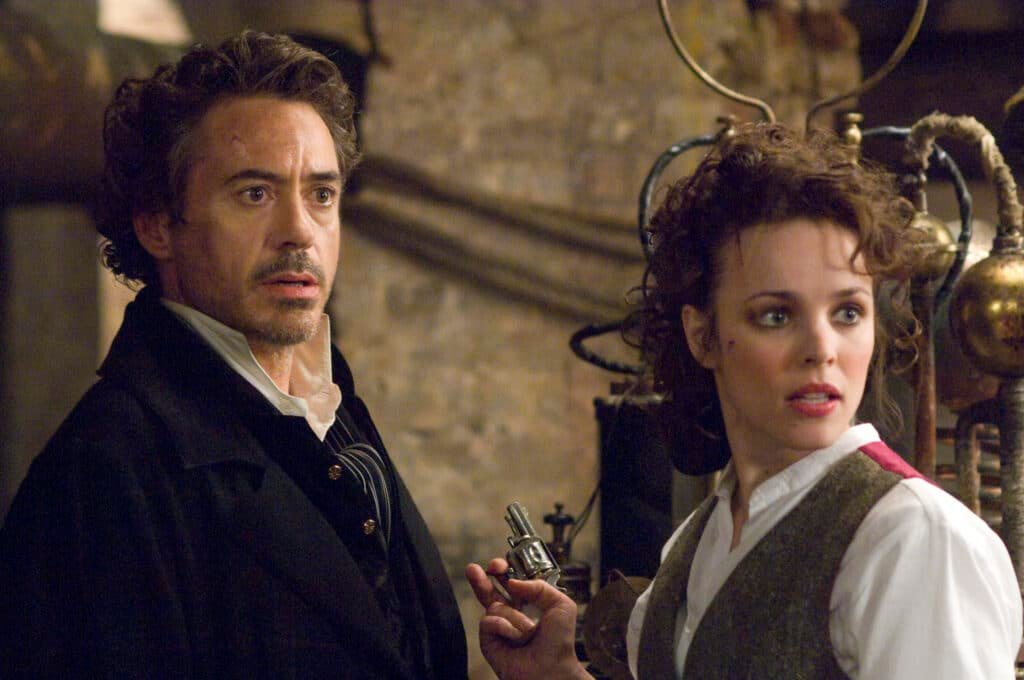 Why was the older brother not included on the list, particularly when he was portrayed by the flamboyant Robert Downey Jr, who distinctly shaped the role? After the 2009 movie adaption, Sherlock Holmes was not seen again, but Downey’s character helped us recall the investigator via his voice, face, and sensibility, whereas the first Sherlock movie featured a somber, visceral tone with touches of comedy and flair that made Holmes famous.

This component sets it apart from Enola Holmes, but just like the Bob Brown-starring film, Sherlock Holmes also included a lavish demonstration of intelligence and crime-solving through challenging situations and riddles, and this brother-sister team is driven by the desire to overcome difficulties and uncover the truth, making this one of the movies like Enola Holmes 2. 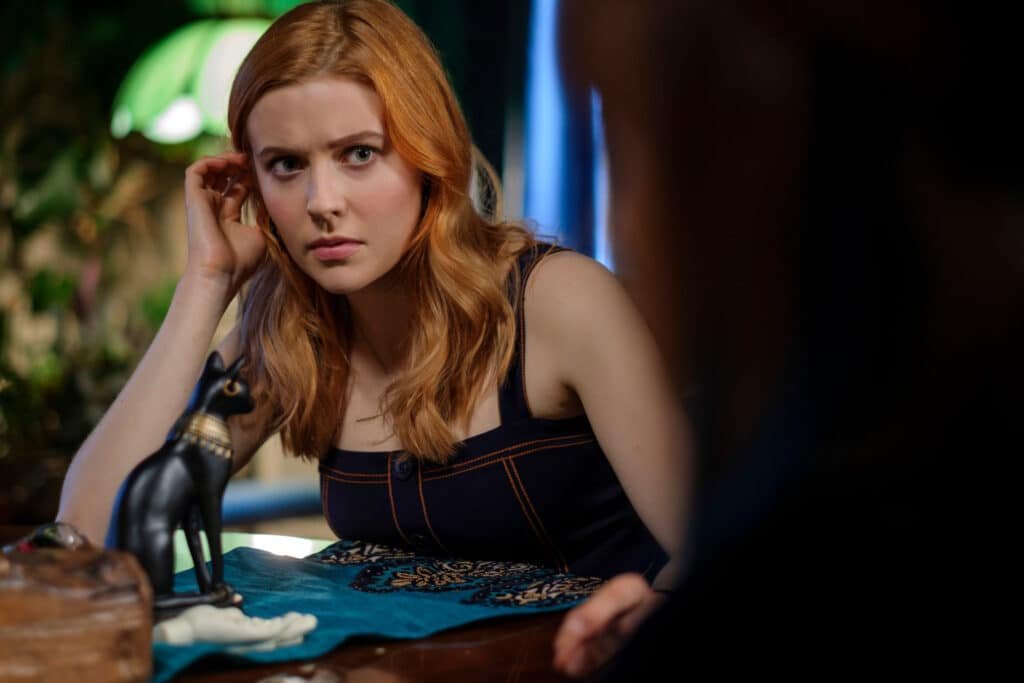 The closest like-to-like replacement for Enola Holmes on the list is probably Nancy Drew: when it comes to female detectives, Drew is also the pioneer, and that represented a significant societal shift. A significant step in capturing the interest of female viewers and demonstrating the practical application of crime-solving abilities was to demonstrate the other gender succeeding, making it one of the movies like Enola Holmes 2. Emma Roberts immediately gained popularity for her role as the young investigator because she was cheerful, endearing, and utterly innocent, and she did a good job of embodying Drew and capturing the imagination. Enola Holmes stars Sam Claflin as Mycroft Holmes, Enola’s older brother, in a key supporting role in Love Wedding Repeat. Unlike the more understanding Sherlock, Mycroft is determined to turn his sister into a perfect lady and disapproves of her wild conduct, unsurprisingly, Mycroft’s scheme fails because of Enola’s tenacity.

In the unconventional romantic comedy Love Wedding Repeat from 2020, Claflin is a second slightly judgmental brother, and as the film’s title suggests, it depicts the tale of a wedding that may go in a number of different directions. This is one of the movies like Enola Holmes 2 because of the cast and we thought you might like it. 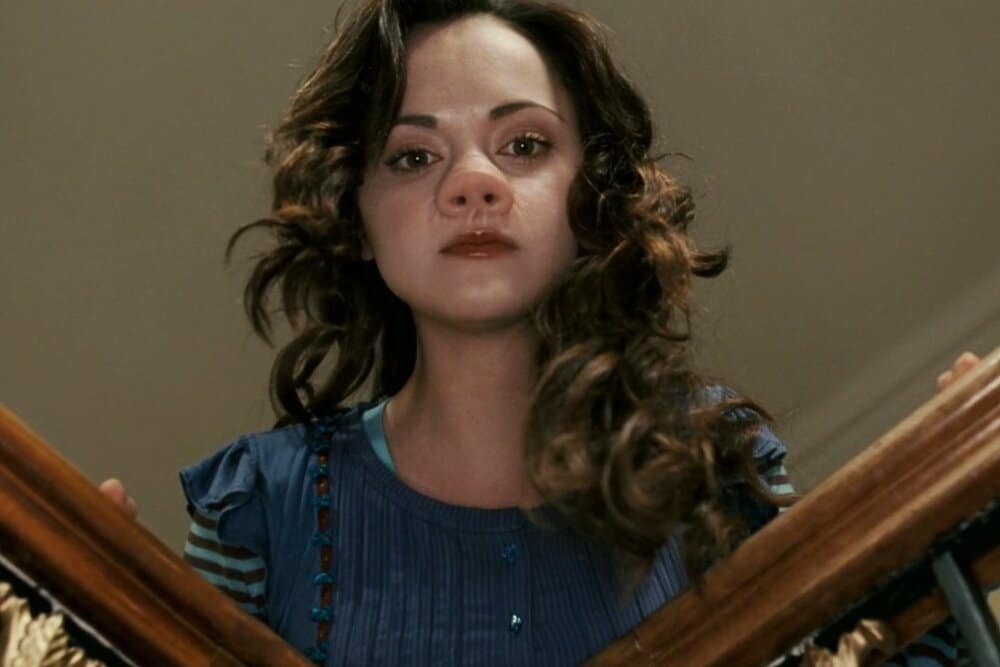 Penelope, a contemporary fable about a doomed girl who must figure out how to remove the curse is one of his finest fantasy films, and it appears that the film and Enola Holmes have a lot in common when it comes to charm and humor, making it one of the movies like Enola Holmes 2.