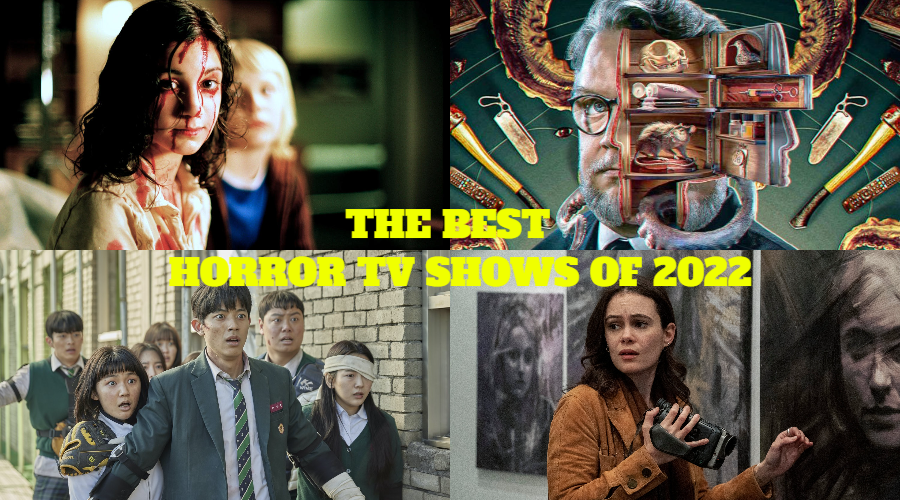 In this article, we’ll meet the best horror TV shows of 2022 and see if we’ve been scared enough for the whole year!

As humans, we naturally experience many emotions throughout our lives. We are happy, sad, angry. Apart from these, things that are our products can also give us some emotions artificially. A book, a TV show or a song can both amuse and upset us when we have no intention of feeling that way at the moment. So, artificially getting fear? Yes, horror culture started with a horror movie released in 1896. Since then, we have found excellent ways to scare ourselves with the developing technology.

Let’s move on to the part where we get to know the best horror TV shows of 2022, which prevents us from sleeping but never stopped watching! 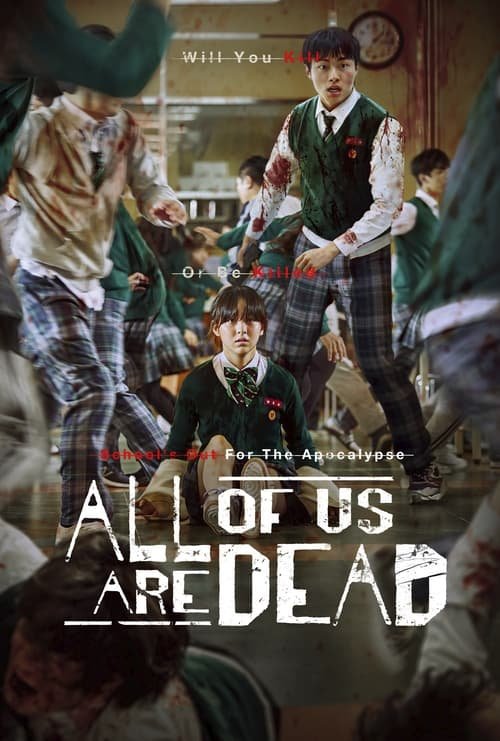 The first member of our the best horror TV shows of 2022 list, All of Us Are Dead joined our lives on 28 January 2022. In the series, we are faced with a terrible crisis situation: because the most unlikely thing is happening and a zombie virus is breaking out in the city! One of the biggest high schools in the city is closing its doors, thinking it will be safe. However, there is a situation they do not know, the zombie virus has already spread into their high school. In all this chaos, we watch a group of high school students struggle to survive.

All of Us Are Dead, a Netflix South Korean production, has a score of 7.5 on IMDb. The story of the production, which has a season of 12 episodes in total, will continue. It takes its story from Joo Dong-geun’s 2009 webtoon of the same name. The cast of All of Us Are Dead includes names such as Park Ji-hu, Chan-Young Yoon, Yi-Hyun Cho, and Park Solomon. 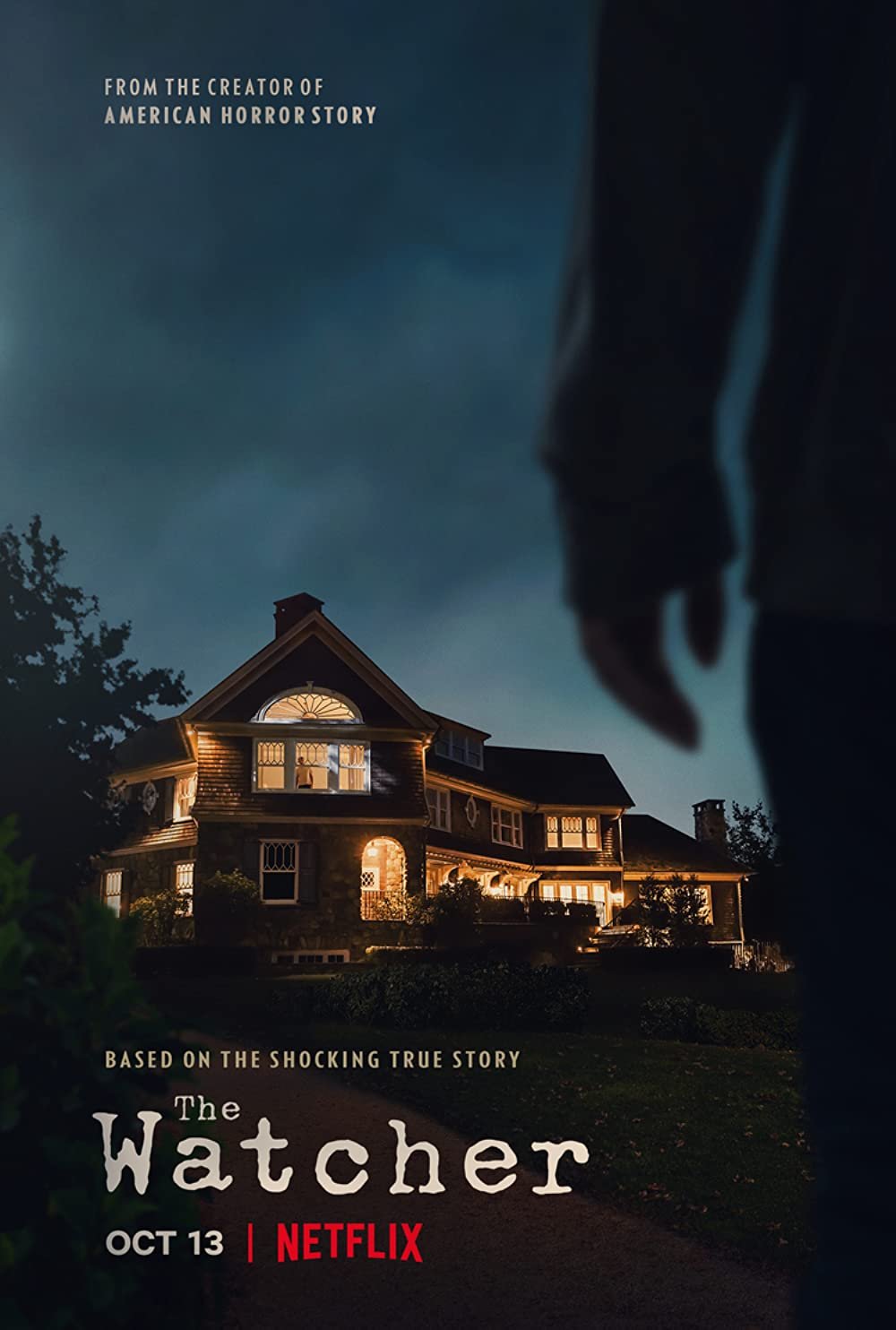 The second member of our the best horror TV shows of 2022 list, The Watcher released on October 13, 2022. Our main characters in the series are Julia and Francis. Our couple is newly married and they have moved to Bucharest for their job. While they are trying to get used to this new city, the city is suddenly shaken by strange news. A serial killer who brutally murdered many people is on the loose. Julia, who is already having trouble adjusting, gets even more frightened. After a while, she gets the feeling that one of her next-door apartments is watching them.

The Watcher, which has a score of 6.5 on IMDb, has 1 season with 8 episodes. It has been announced that the series will continue its story next year. The creators of the production are Ian Brennan and Ryan Murphy. The Watcher cast introduced us to Naomi Watts, Bobby Cannavale, Mia Farrow and Terry Kinney. 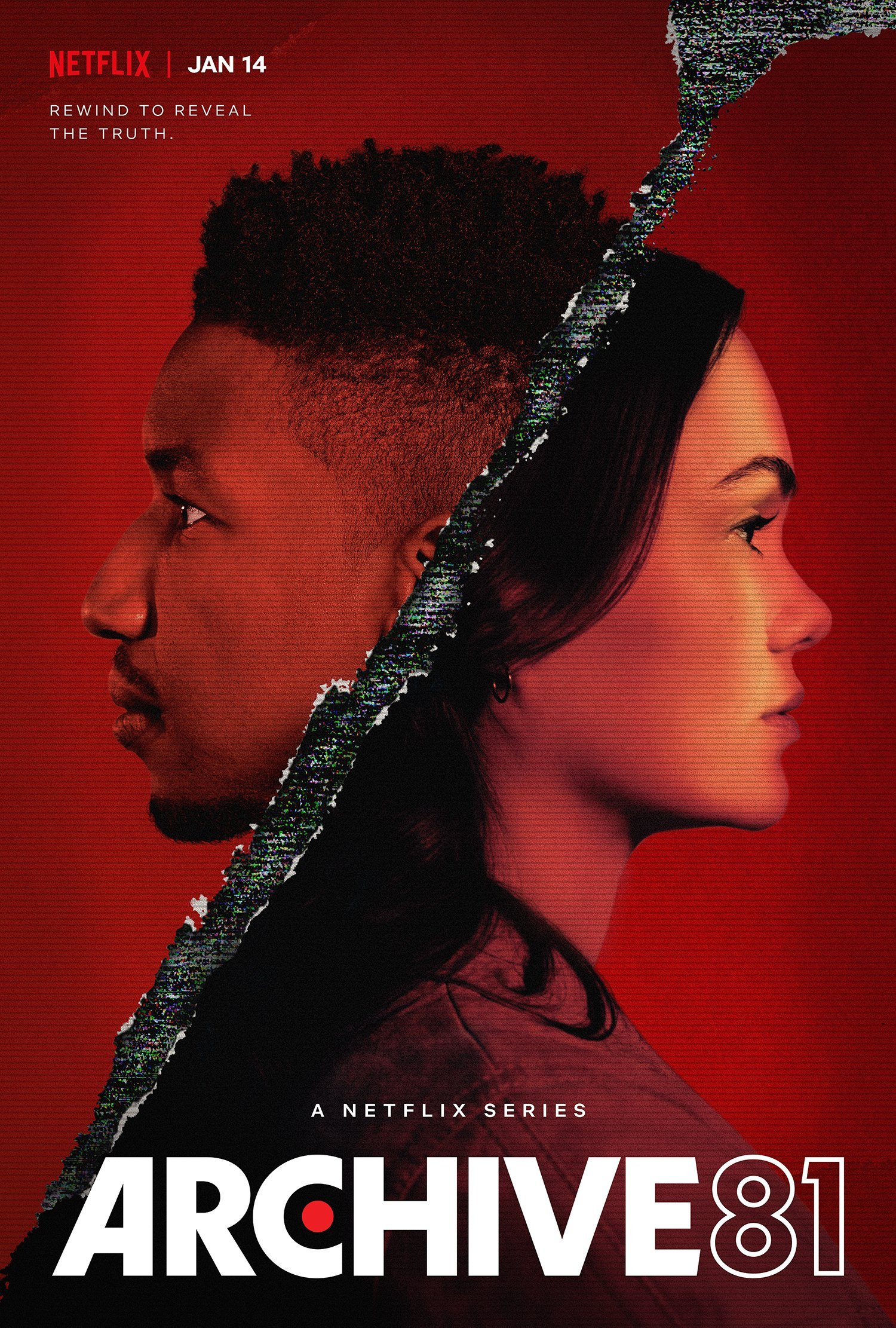 Number 3 of our list of the best horror TV shows of 2022 is the first horror series of the year and I was most influenced by it all year. In the show, Dan is a successful archivist. He mysteriously lost his parents when he was little, and this time his job is to repair old tapes for a mysterious company. He is horrified when he learns that he and his family are connected to the woman who shot the videos on the tapes. Especially when he realizes that he can communicate with the woman, things get very exciting.

Archive 81, first published on January 14, 2022, has a rating of 7.3 on IMDb. It has 1 season with 8 episodes in total and there is no explanation yet whether it will continue or not. The creator of the production is Rebecca Sonnenshine. Archive 81 cast includes successful names such as Mamoudou Athie, Dina Shibabi, Evan Jonigkeit and Julia Chan. 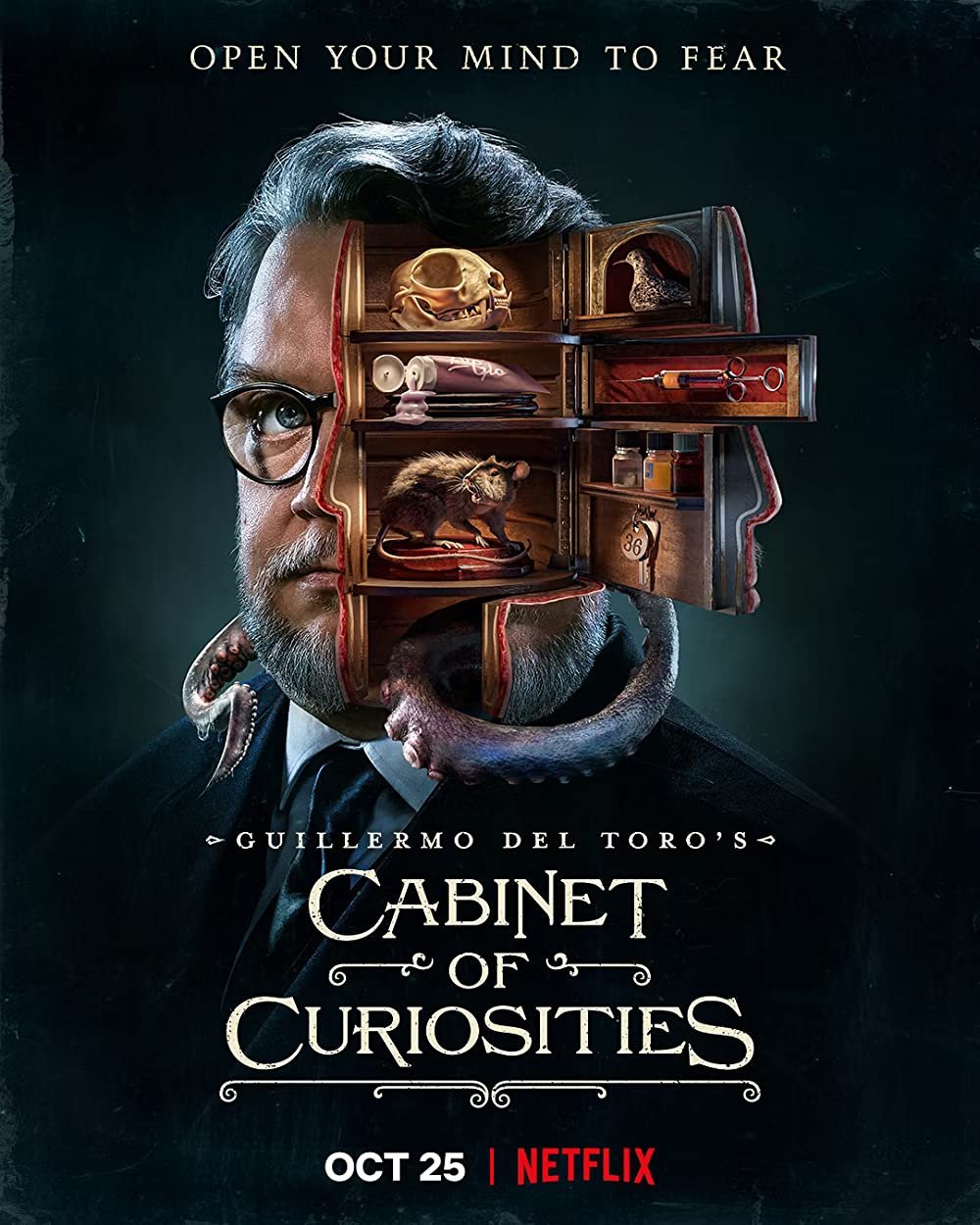 Although Cabinet of Curiosities joined us late in the year, it managed to enter our list of the best horror TV shows of 2022. The production, which presents a different horror story in each episode, manages to test us with different horror elements very well. We have to say that he also opposes traditional horror stories. Instead, we can describe it as magical, gothic, grotesque and creepy.

Cabinet of Curiosities, which has a score of 7.1 on IMDb, has 1 season with 8 episodes in total. Each section locks us in our seats for 1 hour. The creator of the production is the famous Guillermo del Toro. The Cabinet of Curiosities cast includes Lize Johnston, Kevin Keppy, Murray Albaham and Kate Micucci. 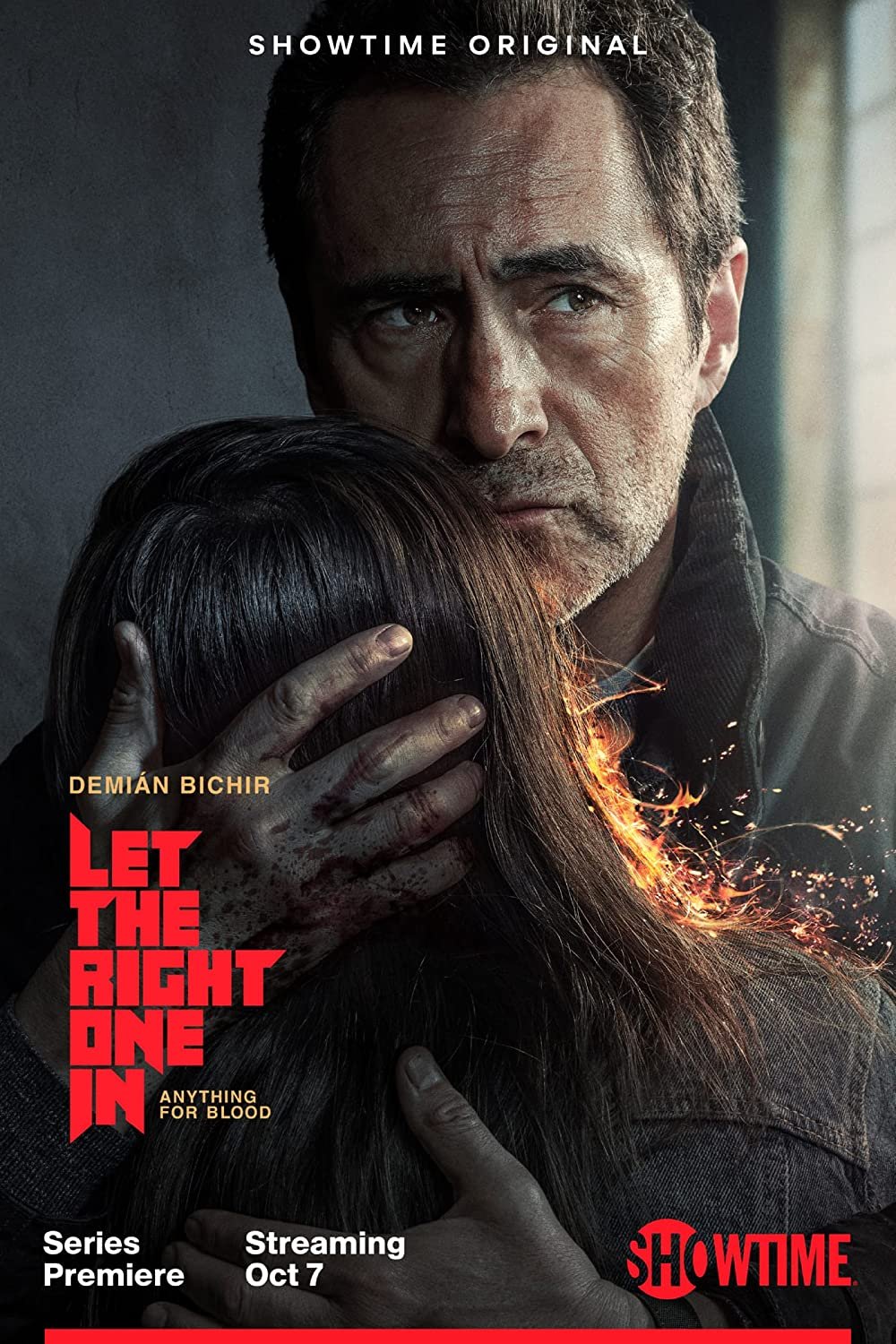 Let the Right One In

Another member of our the best horror TV shows of 2022 list, Let the Right One In released on October 25, 2022. In the production, which draws attention with its original story, we witness the experiences of Eleanor and her father Mark. The duo, who turned into a vampire 10 years ago and whose life has changed completely since that day, officially lives in prison. Eleanor is 12 years old and can only leave the house at night. Her father Mark, on the other hand, has a hard time controlling himself, but he mingles with people and is tasked every day with finding the blood necessary for his daughter’s survival.

Let the Right One In, which has a score of 7.5 on IMDb, has 1 season with 10 episodes in total. Each episode lasts 50 minutes and is an immersive production that can be started and finished in one day. The creator of the series, whose story is taken from a novel of the same name, is Andrew Hinderaker. In the cast of Let the Right One In, we meet Demian Bichir, Anika Noni Rose, Grace Gummer and Madison Taylor Baez.

6. The Girl in the Mirror 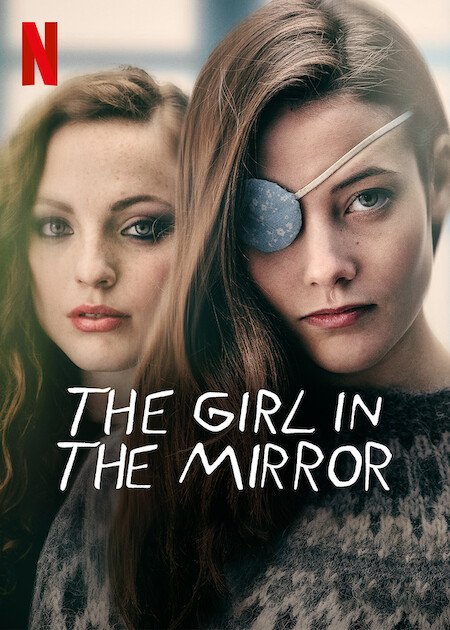 The Girl in the Mirror

The last member of our the best horror TV shows of 2022 list, The Girl in the Mirror joined our lives on 19 August 2022. While our main character, Alma, is on a happy journey with her school friends, their bus crashes. Losing most of her friends in this accident, Alma has little physical injury but has lost her memory. She doesn’t remember anything about the accident or before. While trying different ways to get her memory back, she tries to fight her distrust of everyone around her.

The Girl in the Mirror, which has a score of 6.2 on IMDb, has 1 season with a total of 9 episodes. There is no word yet on whether the production will continue or not, with each episode taking approximately 50 minutes. The creator of the series is Sergio G. Sánchez and you can watch it on Netflix. The Girl in the Mirror cast includes Mireia Oriol, Alex Villazan, Pol Monen, Ashton Herrild and Claudia Roset.