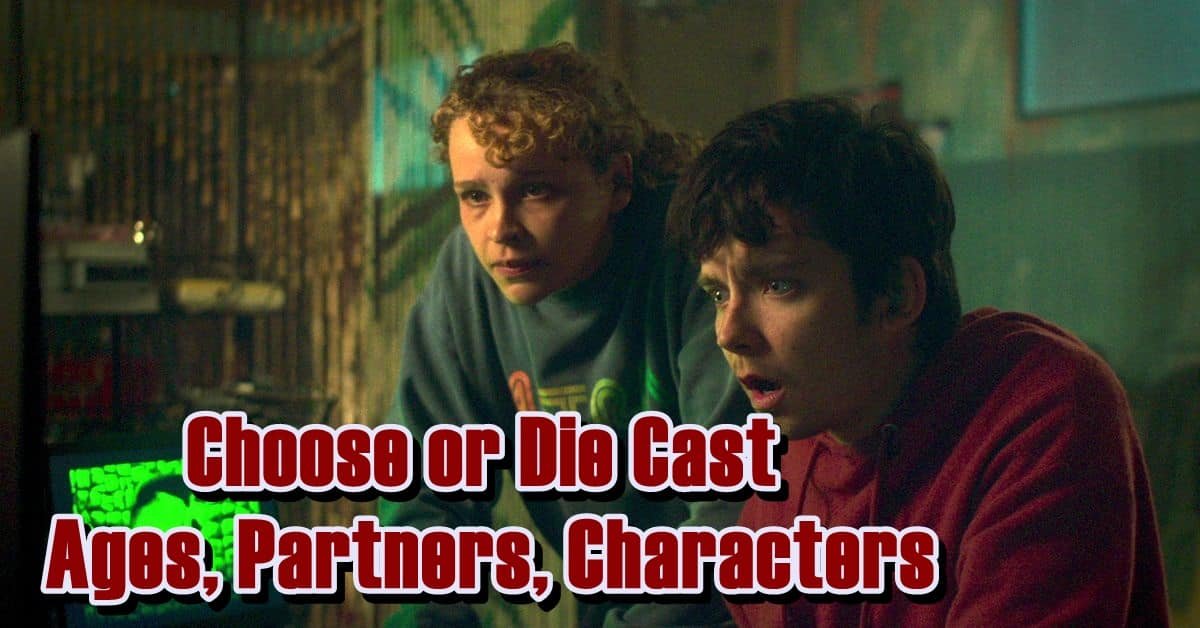 The new Netflix film will star Asa Butterfield as Isaac and Iola Evans as Kayla in the Choose or Die cast. The movie was released on April 15 and Choose or Die is similar to Jumanji in a way, some people say that this one is like a twisted and darker version of the Jumanji movies and we can’t help but agree.

In the Choose or Die cast, we will watch Kayla and her pal Isaac having a shared passion for gaming and programming and that is why they went into some deep trouble in the movie. When Kayla discovered an ancient 1980s computer game with money as a reward, the thing you guess happened: of course, they have attempted to win the prize! Like, what could you expect from two geek students who are in desperate need of money?

But the trouble beings when the game forces the player, Kayla and Isaac in this case, to choose between life and death. However, things get creepier as the game slowly turns into Kayla’s life, only deeper and scarier.

Apart from these two actors, the rest of the Choose or Die cast unites to complete a psychological thriller and we will explore their characters and other personal information below. We watched Isaac as a game creator and programmer in the movie, and he enjoys creating characters and playing video games like every other tech-savvy does these days. He was the one who found the game CURS>R first thanks to his secret haven for games. They later realize that the game they found is cursed, and it has a very clever name.

Asa Butterfield is a young English actor on the rise and we got to know him with his role in Sex Education. However, he actually began his acting career at the age of 9 with the show After Thomas and you might also remember him from the comedy film Son of Rambow. We will watch him as Isaac in the Choose or Die cast. The character Kyla is played by Iola Evans, and as you might expect, she is a failing student who is trying to make some pocket money by doing the cleaning for buildings. Other than Isaac and her mom, people seem to despise her for various reasons. What she wants from life as a tech-savvy is to be a full-time coder, but she does not like where she is at right now.

Iola Evans is a 24-year-old British actress, and being in the Choose or Die cast is actually the first job that got her famous. We were shocked when we figured out Choose or Die cast never met their co-star Robert Englund, who will play himself in the movie. This Choose or Die cast member is well known for his role as Freddy Krueger in the Nightmare on Elm Street movies. Englund was born on June 6, 1947, in Glendale, California as the son of Janis and John Kent Englund. Laura who is Hal’s wife in the movie is played by Choose or Die cast member Kate Fleetwood. We don’t see her much in the first half of the film, but as far as we know, she and her son have heated disputes.

Kate Fleetwood is an English actress who was born on September 24, 1972, and she is married to Rupert Goold, who is a well-known director.

Choose or Die cast member Eddie Marsan is first seen when portraying Hal in the film’s introductory scene. We know that he is not the name behind the evil of the game CURS>R, but his narrative is giving us doubts.

Eddie Marsan can be remembered for his performances in V for Vendetta, Mission: Impossible III, and Hancock. Marsan has played a variety of characters in films, so the list would be a long one if we included every one of them, but know that he was a major villain in the 2008 superhero movie Hancock.

Kayla’s mother is called Thea and is played by Choose or Die cast member Angela Griffin. In a sense, she gives the feelings of an irresponsible mother to the viewers by not caring much about Kayla, and she has a very sad vibe in the movie. We guess it is a result of illness and addiction, yet her love for Kayla can be seen if you look at the movie from a different point of view.