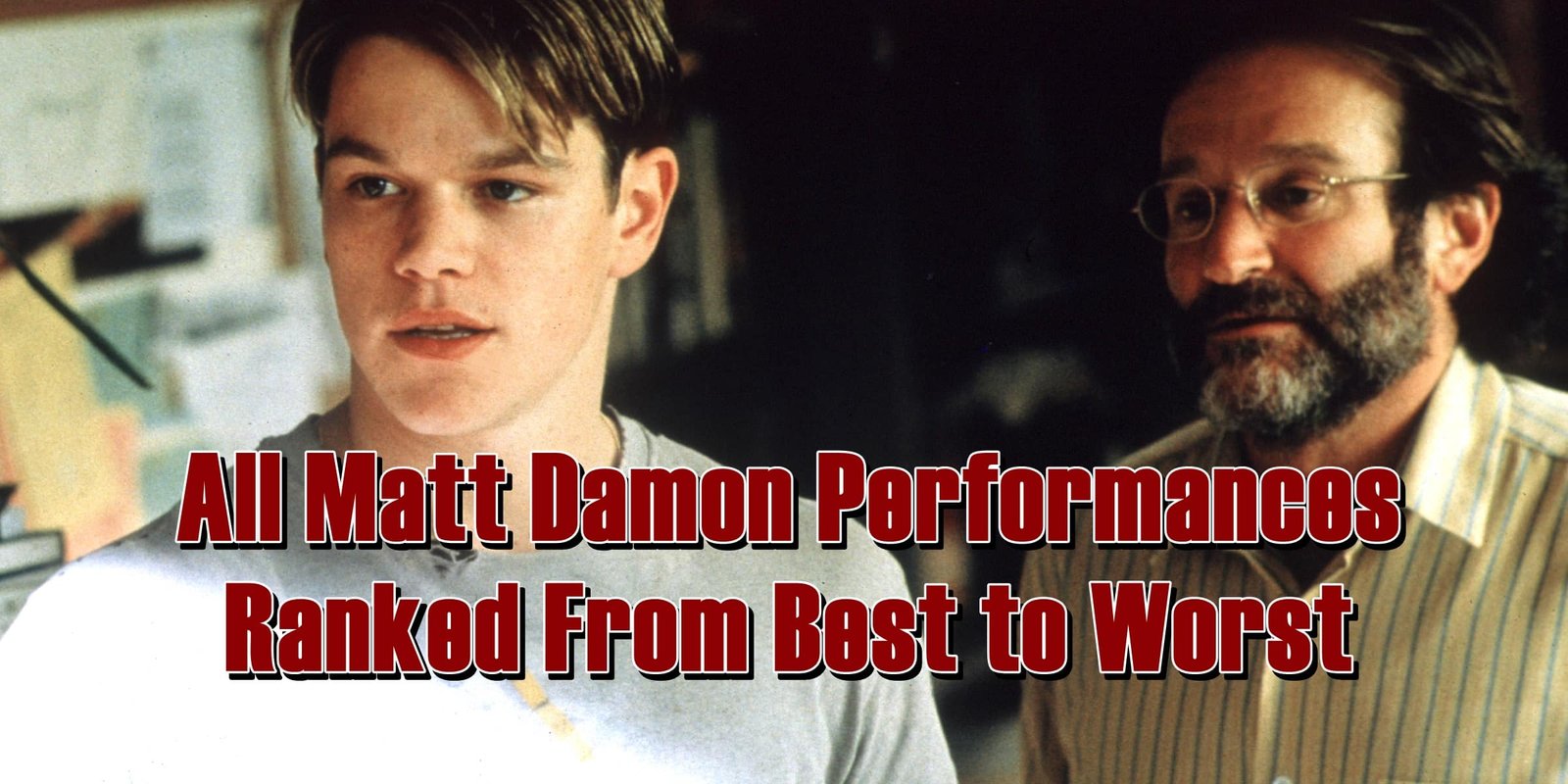 All Matt Damon Performances Ranked From Best to Worst

Damon has demonstrated a certain pragmatism and efficiency in his casting decisions, favoring reputable directors over self-funding risky passions in those Matt Damon performances. Instead of throwing caution to the wind, he has been wise and cautious, trusting other people’s ideas and choosing strong, durable initiatives, as a result, he has built a relatively traditional career.

Matt Damon was already a notable performer before his breakthrough role in Good Will Hunting, displaying his range as a grizzled military surgeon in Courage Under Fire, but in an effort to take charge of his own artistic destiny, he and writing partner Ben Affleck created the film Good Will Hunting, which brought the two an Oscar for Best Original Screenplay and an acting nomination for him as a reward for this amazing Matt Damon performance.

After that, it was business as usual, working with directors, though he had already been in Chasing Amy. Now, without further ado, let’s look at the best Matt Damon performances and decide a winner and a loser. 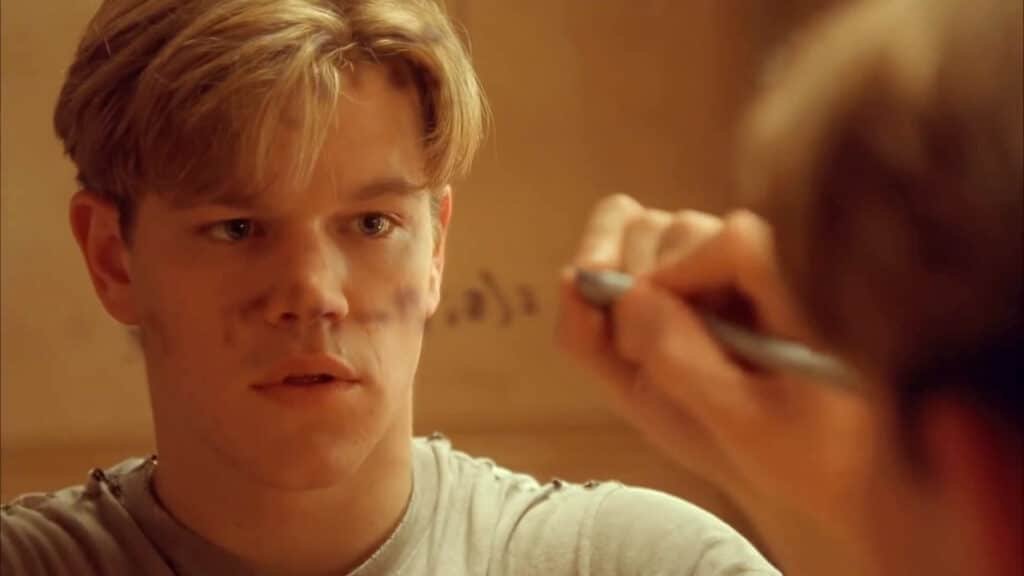 Even if you think this Oscar-winning drama to be cliched and artificial, you could still be affected by Matt Damon’s portrayal of the lead character, so it had to be the best Matt Damon performance on this list. Of course, he is Will Hunting, a math nerd with a Bawwwston screwup persona; nevertheless, he must first find closure with his past, and although Damon embraces cliché in Good Will Hunting, he has faith in the fundamental integrity of his character.

Will is a man who has made errors but is, at his core, a kind person, and Damon’s natural boyishness was perhaps never more utilized than in this scene. Regardless of how obnoxious Will becomes, Damon makes you realize the deep suffering behind such conduct. Troubled youths are frequently the subject of movies, but Damon and Good Will Hunting found humanity. 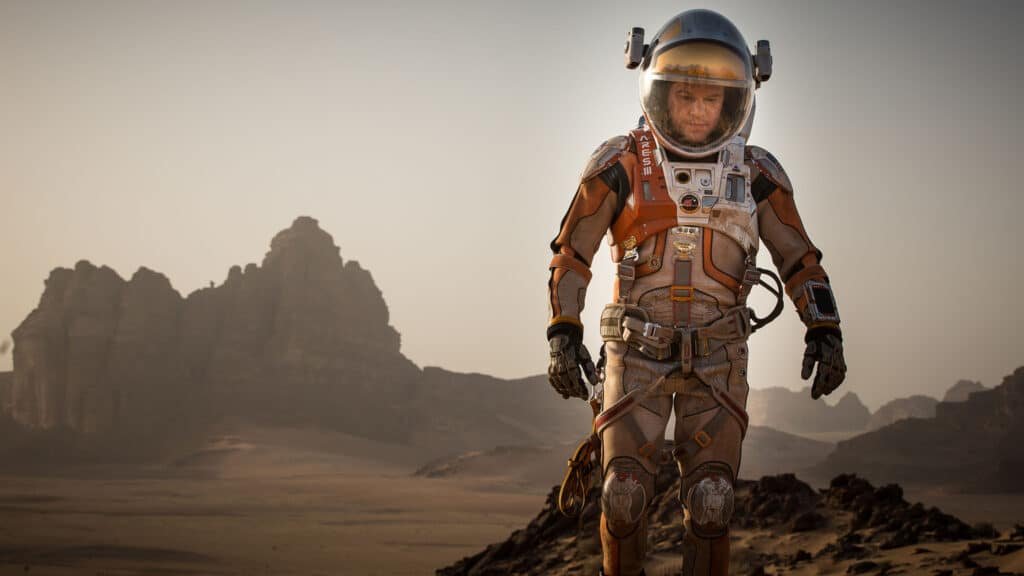 In many ways, Mark Watney from The Martian epitomizes what makes Matt Damon a successful actor since you can’t help but cheer for this man because he’s cunning, shrewd, and a touch shady, but he’s also good-looking, sincere, and dedicated. With its glorification of American inventiveness and collaboration, The Martian already feels old, to the point where four years later it nearly feels like a period piece, making it one of the best Matt Damon performances. 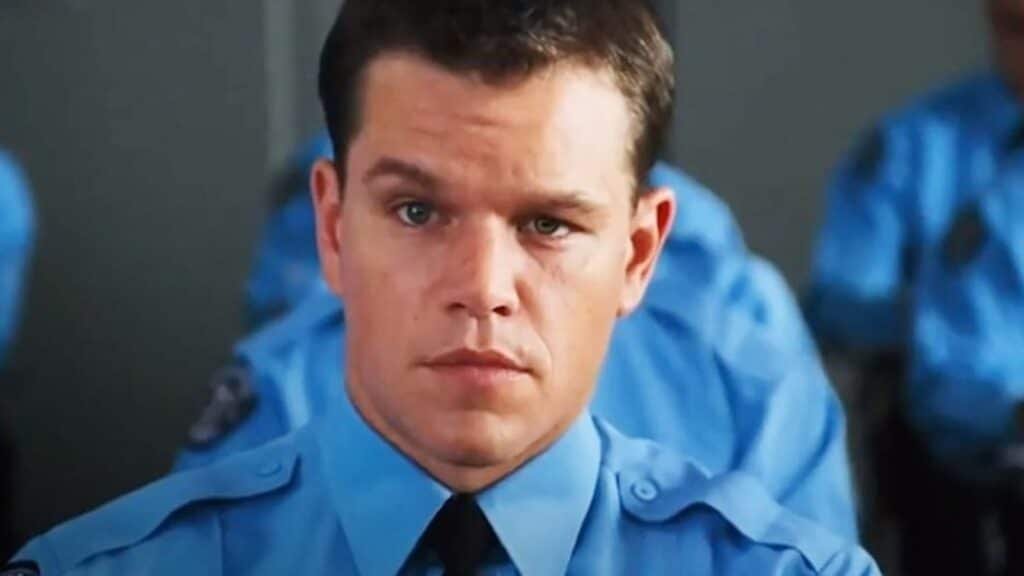 It was hilarious to watch Damon portray the villain in Martin Scorsese’s Oscar-winning crime thriller since he hasn’t often portrayed villains because he’s too upstanding: He plays Colin, a Boston mafia cop, and what’s really great about the performance is that it’s the opposite of his Good Will Hunting portrayal, making it one of the best Matt Damon performances. Whereas Will was a tough youngster with a sweetheart, Colin is an ostensibly good person who is actually rotten on the inside: Damon looks energized by his excellent co-stars as well as the perilous environment. 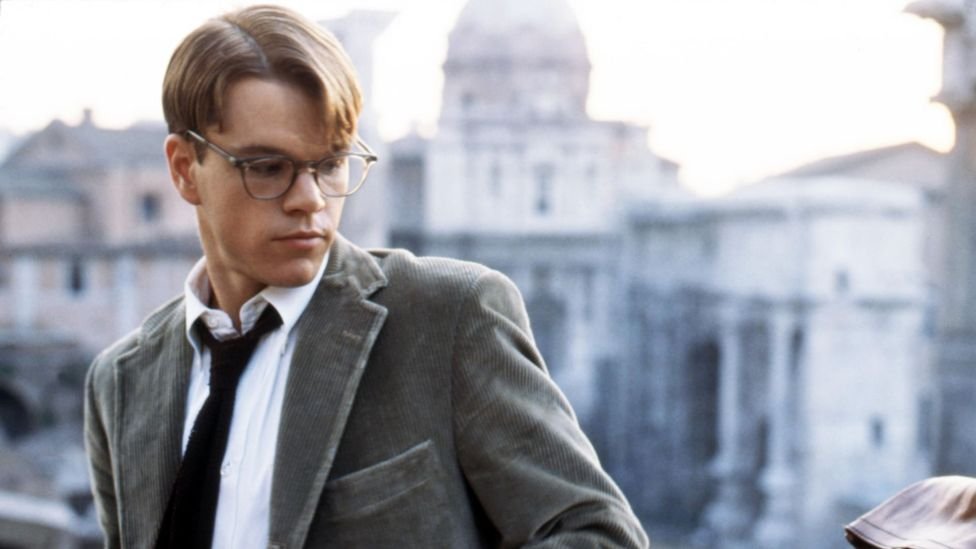 There hasn’t been much mention of Anthony Minghella’s fantastic Patricia Highsmith adaptation, which is about a young conman named Tom Ripley who becomes friends with playboy Dickie. In 2019, a lot of cultural critics have been remembering the greatness of Movie Year 1999, and Damon once remarked, “We wanted Ripley’s humanity to come across, as in the novel, he’s this horrible, cunning character, but Anthony and I attempted to have him never manipulate anyone.” 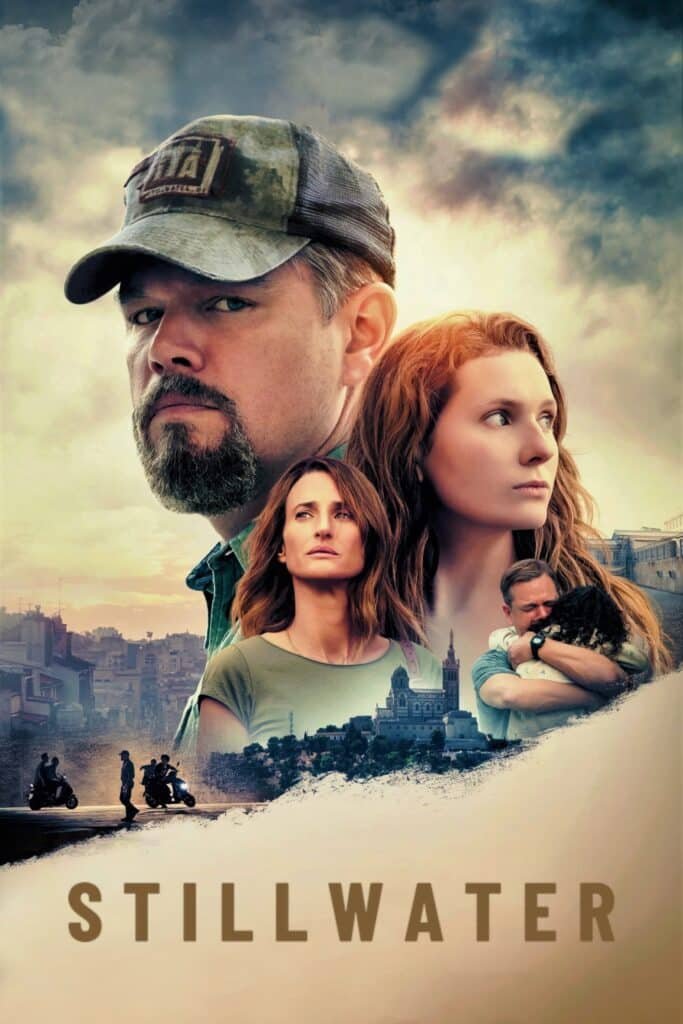 Damon does his best to give a character who, in his own words, is a “genuine fuckup” the brightest, most human face possible in Stillwater, but that’s exactly part of the problem: Damon, like the movie, is too eager to be loved, making Stillwater one of the best Matt Damon performances. Matt Damon has a lot of good movies that we cannot fit into this list, but there are of course some honorable mentions that deserve to be on this list of best Matt Damon performances. The first one is The Last Duel: in The Martian and Saving Private Ryan, Damon played heroic understatement, and in The Departed and The Talented Mr. Ripley, he portrayed villains. His performance in The Last Duel, however, is unique, an angry knight with a chip on his shoulder, Jean de Carrouges is continually convinced that the world is conspiring against him and is not treating him with the respect.

The second honorable mention would definitely be Saving Private Ryan as it is a remarkable Matt Damon performance. In Steven Spielberg’s Oscar-winning picture, Damon plays the private that Tom Hanks’ team has risked their lives to save and he plays the part of the individual on which the entire film’s emotional weight will ultimately fall. Damon does it perfectly, giving us a regular soldier who didn’t request this preferential treatment and would rather fight alongside his fellow citizens.