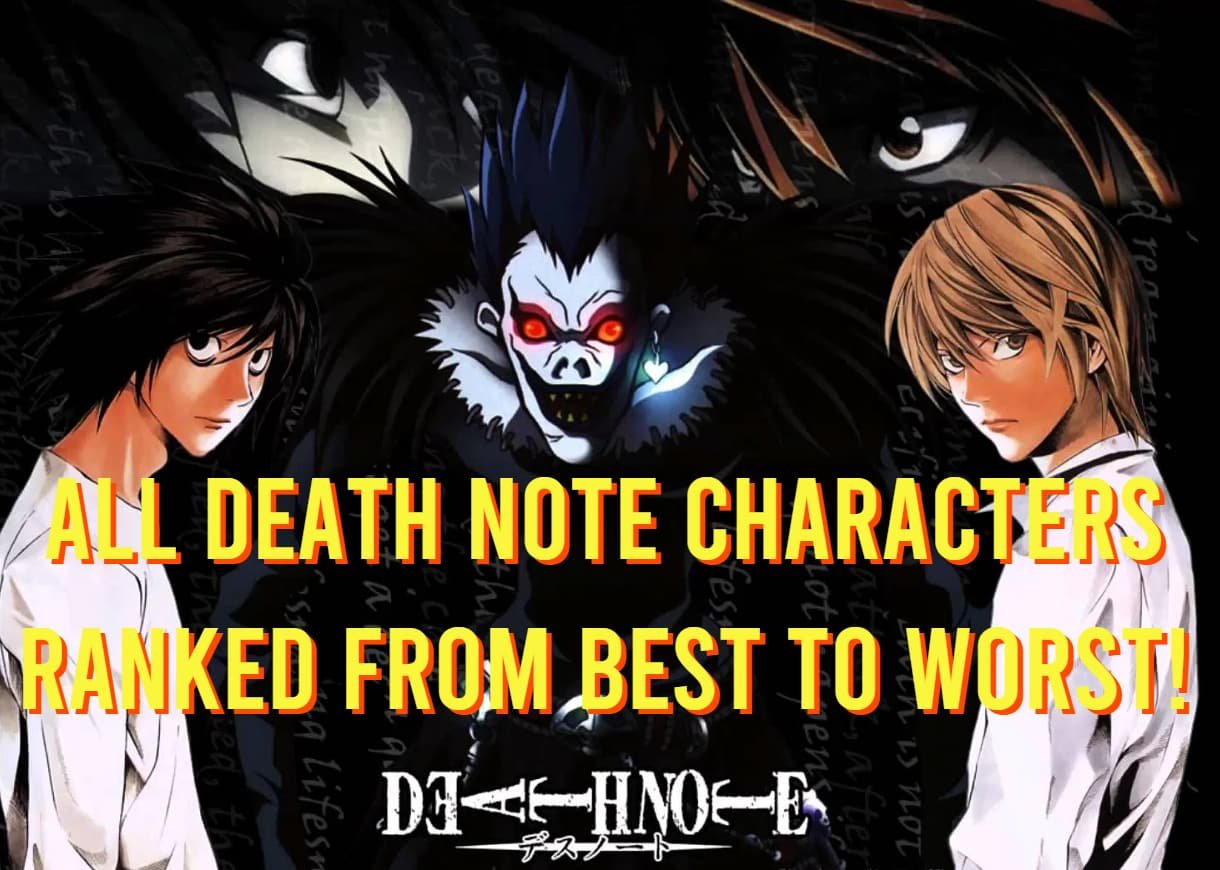 All Death Note Characters Ranked From Best to Worst!

The manga was written by Tsugumi Ooba and illustrated by Takeshi Obata. It tells the story of a war between a Shinigami named Ryuuku (god of death), Raito (Kira as the public and media call it), and a detective named l (who has a disorder).

The world of humans is tainted by brutal murders, small-time thefts, and needless violence. On the other hand, the world of the death gods is a mundane, unchangeable gambling den. Both the cruel deity of death Ryuk and the brilliant 17-year-old Japanese student Light Yagami share the conviction that their worlds are corrupt.

Ryuk releases his “Death Note” into the world of humans for his enjoyment. The first rule Light discovers absurd: The person whose name is listed in this memo shall perish. Light experiments by writing a criminal’s name, which disturbingly reenacts his first crime, but the temptation is too much.

The main character, Light, is aware of the mysterious godlike power he has come to possess. Light pursues his wicked sense of justice with the ultimate objective of ridding the world of all evildoers. The massive search for Kira devolves into a fierce intellectual conflict that can only be resolved by one of them.

We must look at and interpret the characters in this series to comprehend it more fully.

The primary character of the Death Note series is Light Yagami. He decides to utilize the Death Note to eradicate criminals after finding it. The inhabitants of Japan eventually accuse “Kira” of carrying out his murders.

Light is regarded as talented, diligent, and a born genius. Light is a qualified planner and effective at outlining scenarios. He has excellent perception and problem-solving abilities. Light is also loved by his family and is quite well-liked by his classmates. But once he had the notebook, his intense sense of arrogance immediately set in because of his superior intelligence and the repeated praise from grownups. 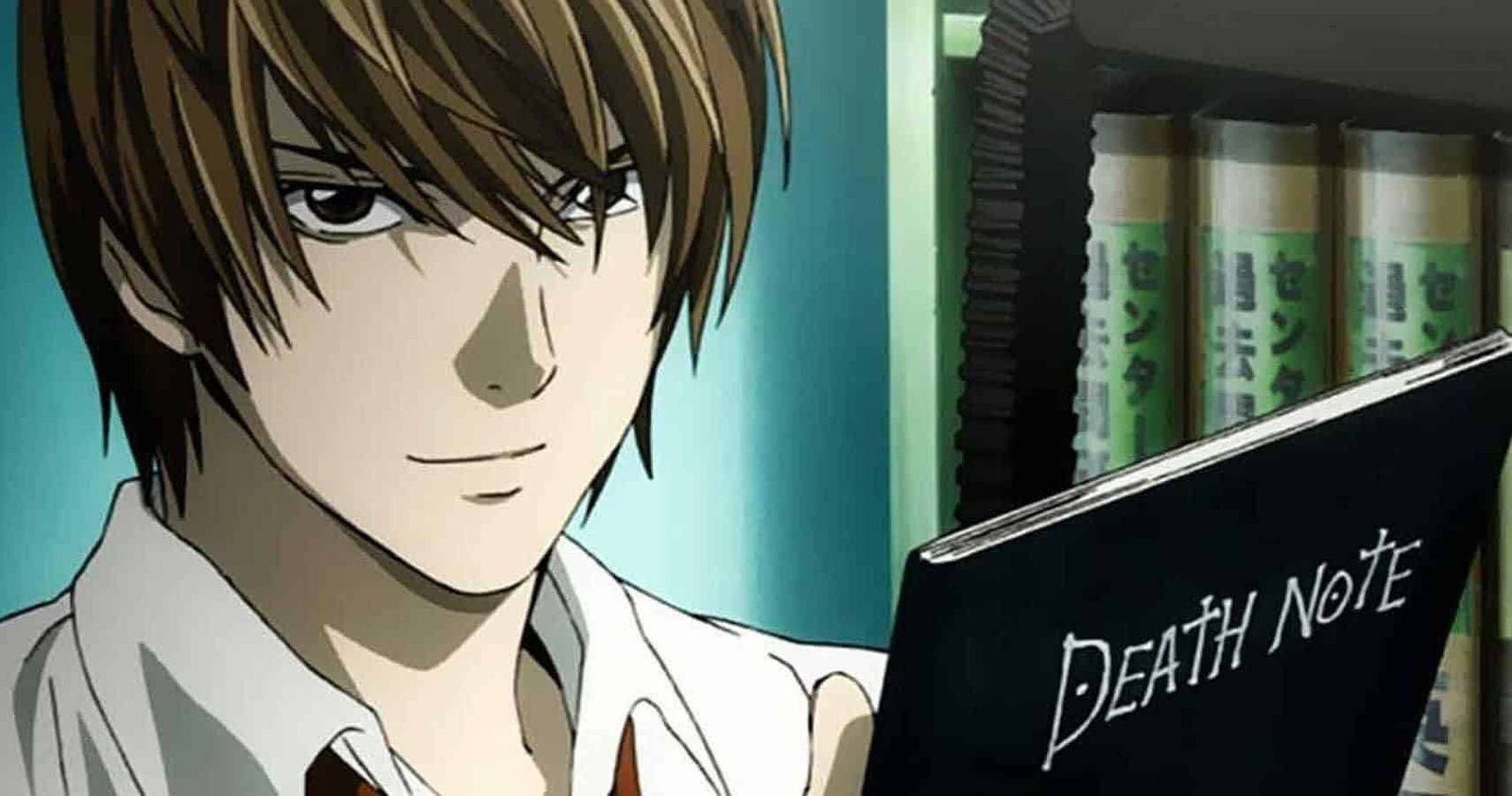 L, a renowned investigator, accepts the task of apprehending Kira, a serial killer. L becomes skeptical of Light Yagami during his inquiry and sets out to establish Light’s Kira identity.

L is very private and only connects with the outside world through his aide, Watari. He never displays his face to the public, expressing himself with a capital L drawn in “Old English MT” or “Cloister Black” typeface. Because Watari’s “W” differs from “Old English MT,” it is more likely to be “Cloister Black.” 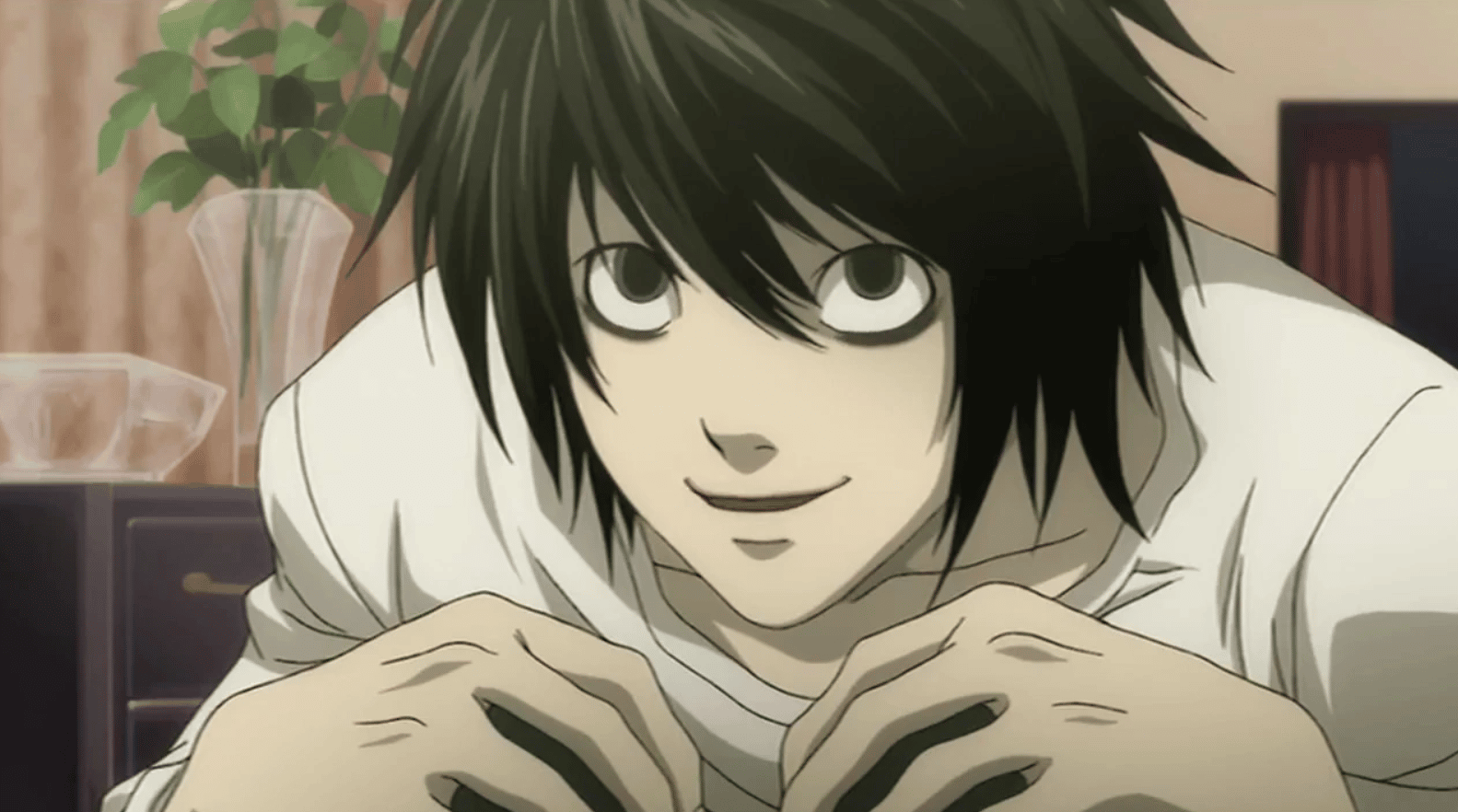 Ryuk is a fictional character in Tsugumi Ohba and Takeshi Obata’s manga series Death Note. He is a Shinigami that enters the human world to escape the dullness of his domain by dropping a Death Note, a notebook that allows the owner to kill anybody only by knowing their name and face. Light Yagami, a clever high school student, picks it up and utilizes it to try to establish and control a paradise free of evil, with himself at the head as a “god.” 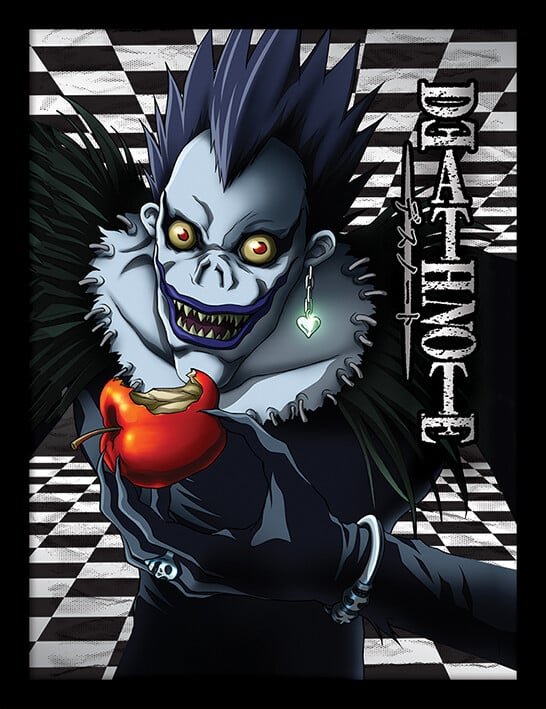 Misa Amane is a rising model, actress, and Kira admirer who eventually becomes the Second Kira. She seeks out Kira after obtaining a Death Note to thank him for murdering the guy the man who murdered her family and give him her help. Misa discovers Kira’s true identity after making the exchange for the Shinigami Eyes. After meeting Light, she chooses to devote her life to assisting Light in any way she can, and she becomes determined to utilize her sight to discover L’s true identity. 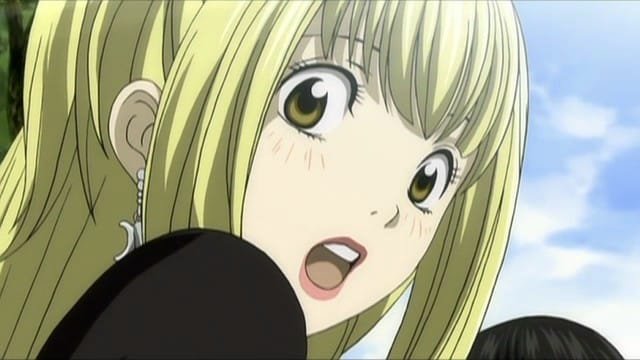 Kiyomi is a beautiful and educated young lady. As a student at To-Oh University, she earns the nicknames “Miss To-Oh” (“Miss Todai” in Japanese) and “Refined Takada” (“Seiso Takada” in the Japanese version, which means something similar to “plays hard to get”). She is also highly proud and enjoys being the center of most or all attention. 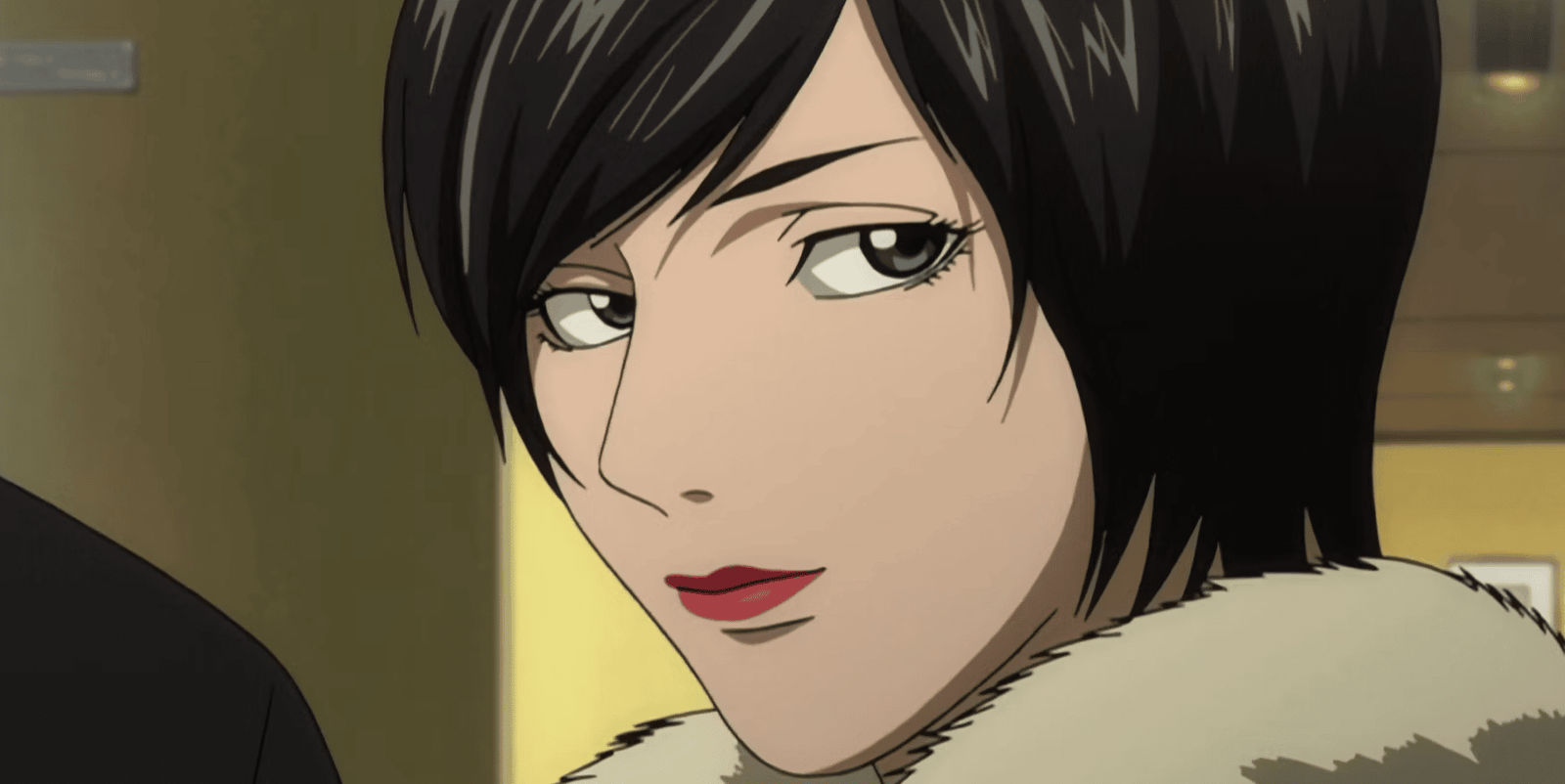 Near is the younger of L’s two heirs, nurtured in Wammy’s House in Winchester, England, Watari’s orphanage for exceptional children. Following L’s death, ear continues his research into the Kira case, amassing information over four years. Near presents his discoveries to the President of the United States, revealing himself as the genuine heir to L. Soon later, Near becomes the leader of the Special Provision for Kira, and the quest for Kira continues. Near suspects “L” (Light Yagami) of being Kira after establishing touch with him. 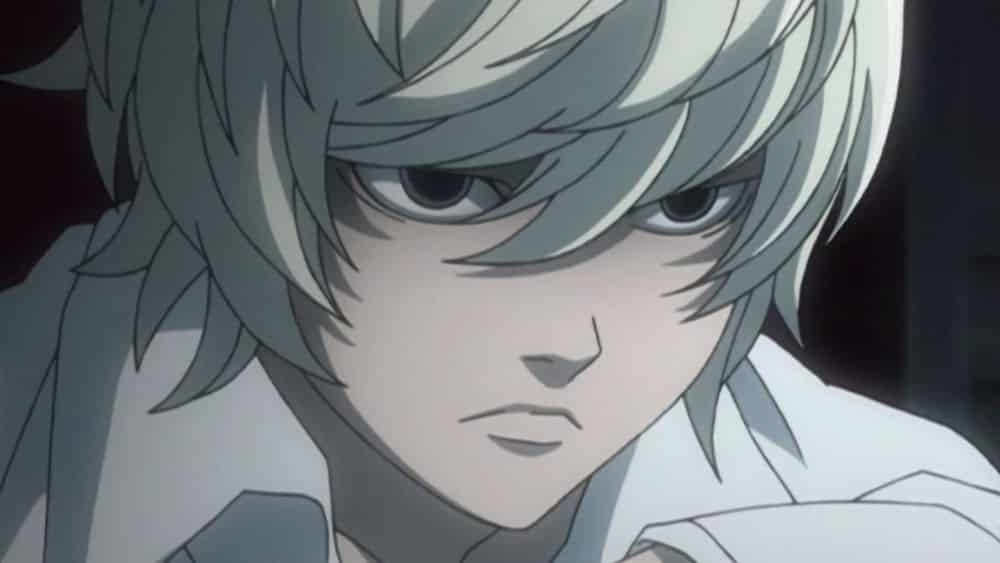 Light Yagami’s father, Soichiro Yagami, is the Chief of the NPA and a police officer who first commands the Japanese Task Force. 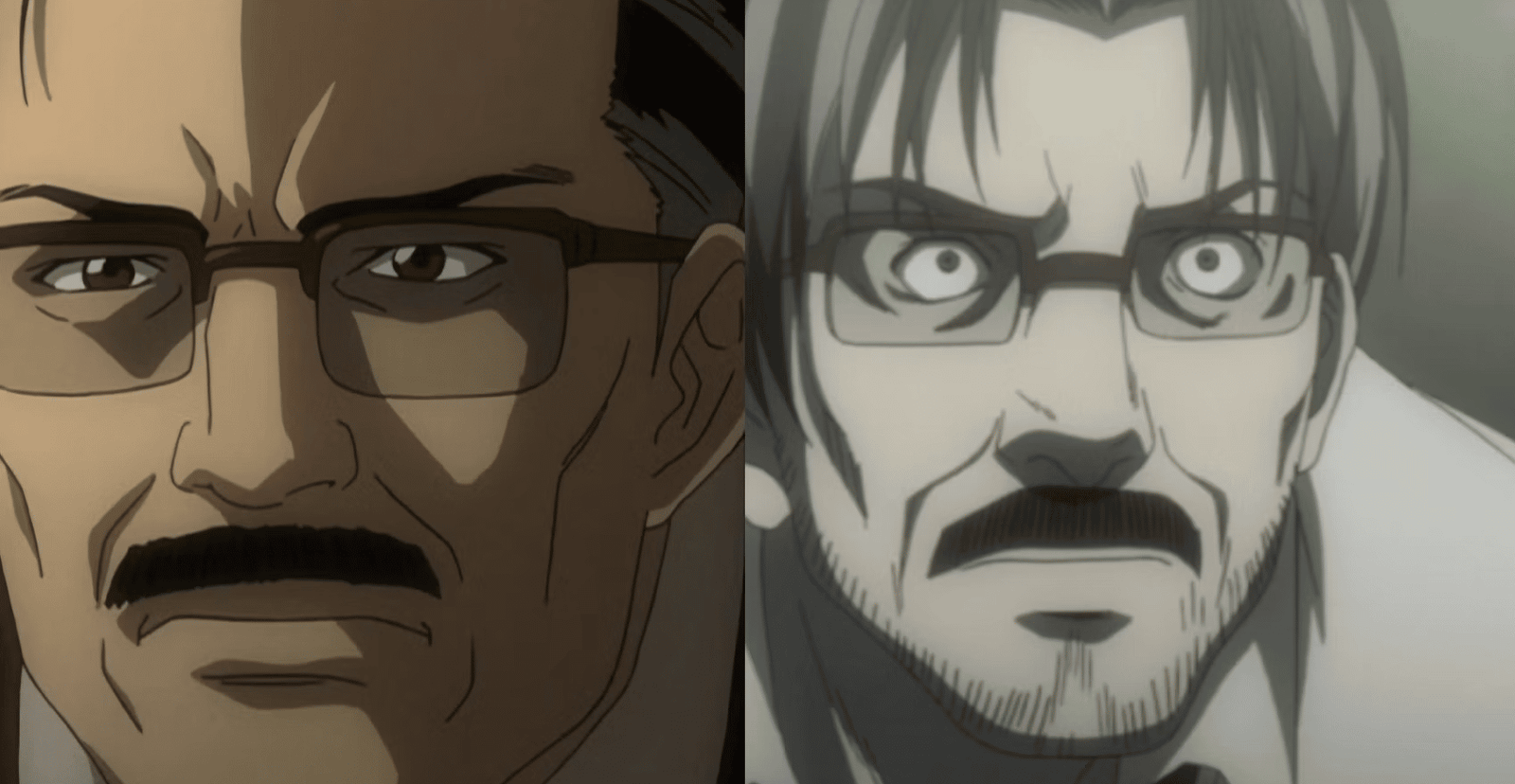 Mello is Watari’s orphanage for bright children in Winchester, England, and the older of L’s two successors. When Roger suggests that Mello and Near work together to apprehend Kira, Mello rejects it, citing their differences. He quickly quits the orphanage and seeks assistance from the Mafia. 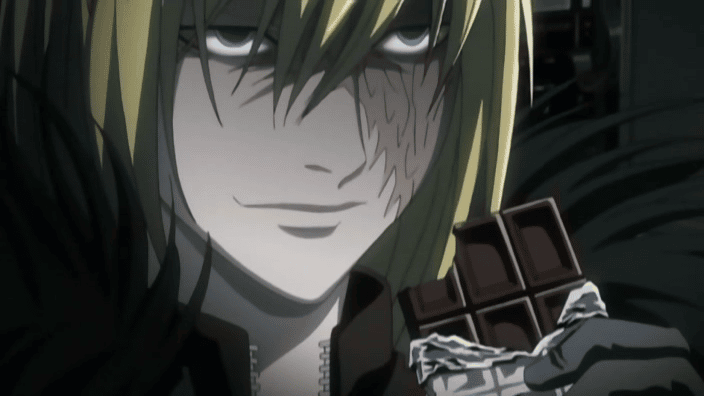 We highly recommend you to check out:  5 Hottest Anime Women Of All Time Debunked!