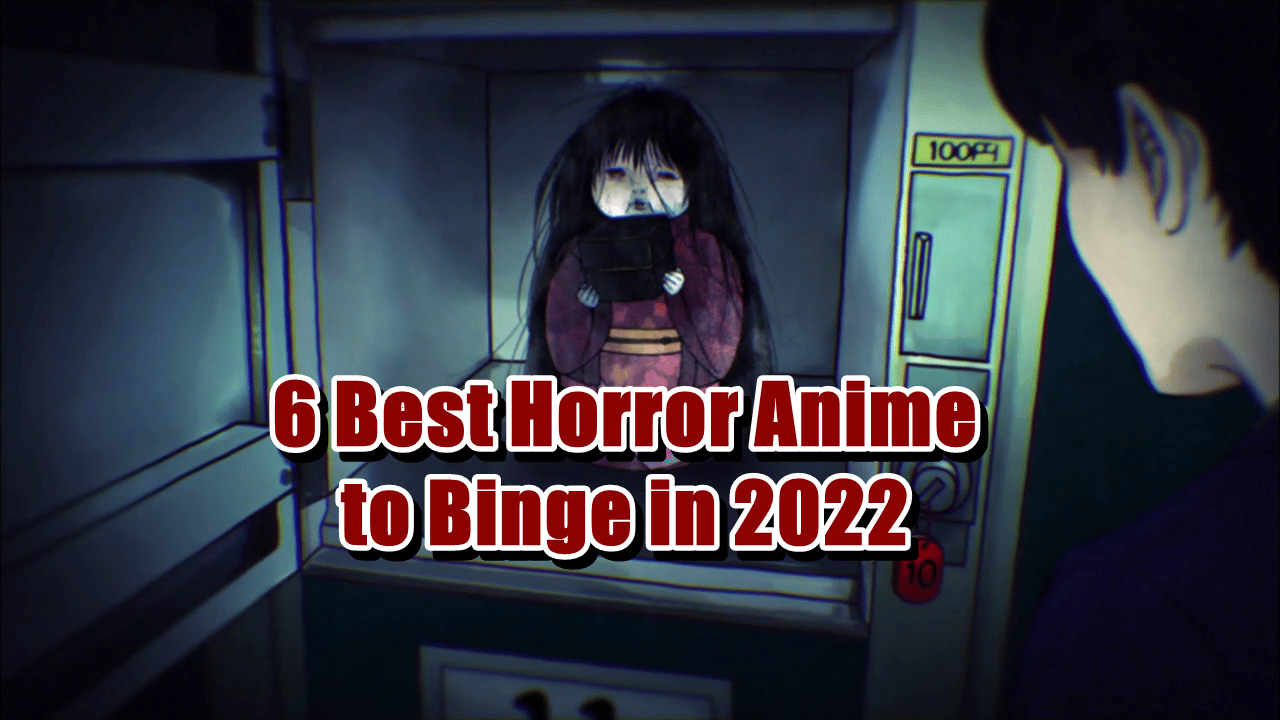 The horror anime is not for everyone, but we are here for the fans of the genre with the list of best horror anime to binge on in 2022. For some, the toughest part is watching the horrible things happen to people as it’s not an enjoyable experience, but there are many who adore this genre.

A shiver goes down your spine, a jump fright causes your heart to pound, and everything is scary, so here is the list of best horror anime to binge on in 2022. 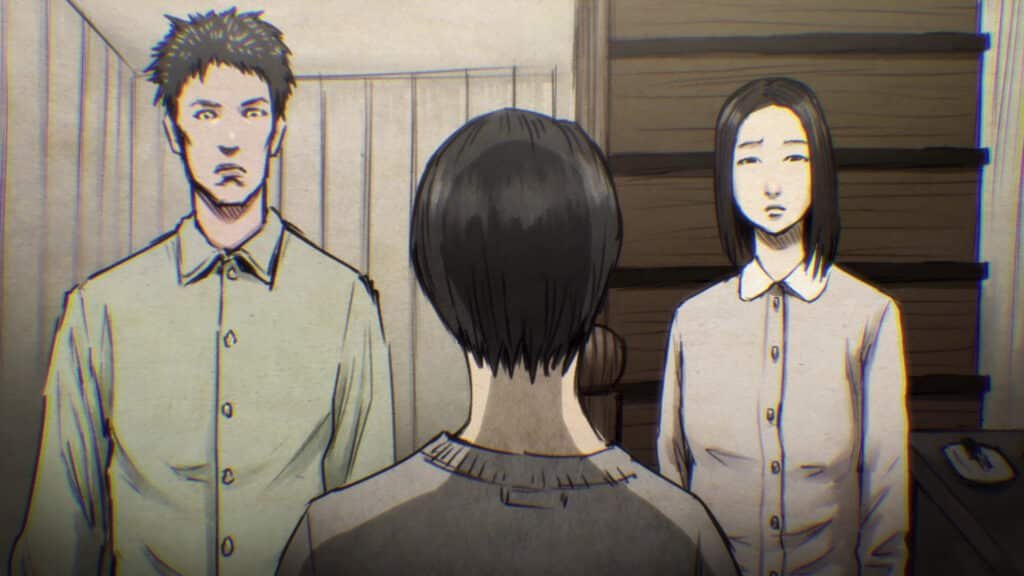 A mystery figure in a golden mask invites us to experience Yamishibai: Japanese Ghost Stories which is an anthology of Japanese rumors and urban legends filled of spirits, ghosts, curses, and all those frightening things. There’s no gore or severe violence here, so some might like it.

Unlike Ayakashi: Japanese Classic Horror and Kousetsu Hyaku Monogatari, which both took place in medieval Japan, this one takes place in modern Japan, and we think this is a positive because, while there are some Japanese folk aspects, it’s not difficult to understand what’s going on, making it the best horror anime to binge in 2022. Mononoke is a collection of short stories about enigmatic spirits known as, as the title suggests, Mononoke and it is the 2nd best horror anime to binge in 2022. The series’ writing and directing are both great, and they really immerse you in the plot as each arc is a fresh plot with new characters that are fully developed.

Kusuriuri, the Medicine Seller, is the sole recurrent figure who remains unknown with each new cycle, and Mononoke’s aesthetic flair is extremely unique. The colors are stunning, and with HD encodes, it truly shines, landing it a place on our list of best horror anime to binge. Each new location is distinct, colorful, and enthralling and the use of bright colors and fast camera movements heightens the suspense.

The animations are purposefully stiff at first, but as the action accelerates up, they become really smooth and top quality and the backdrops are seldom static and appear to be watching a painting. 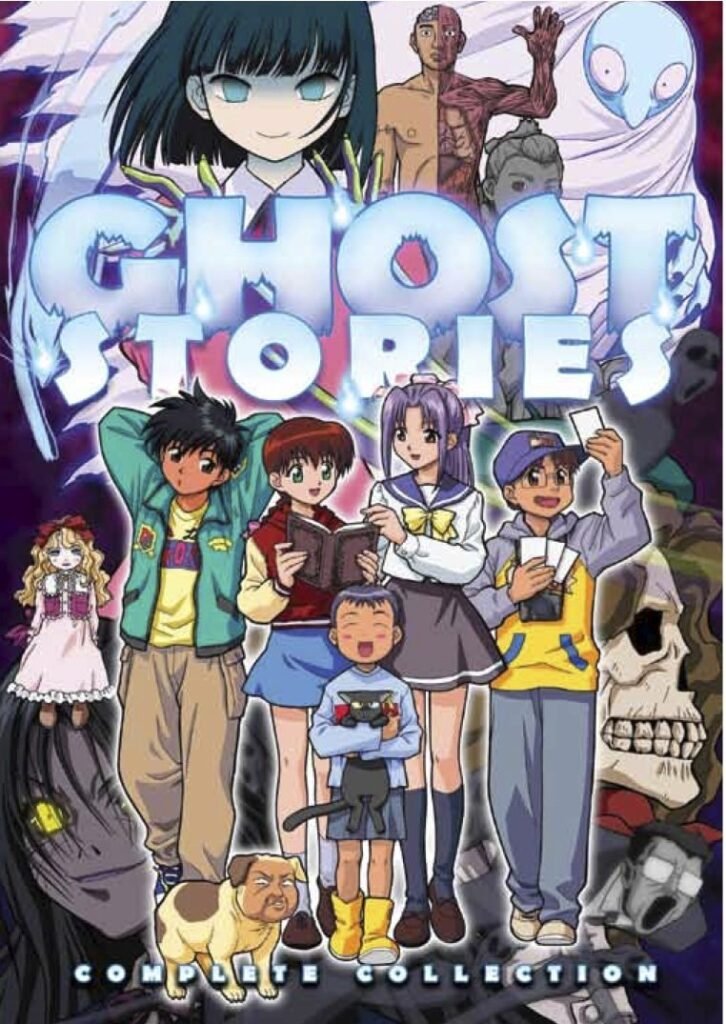 Ghost Stories tells the incredible story of a failed animation that became a cult favorite thanks to the bizarre dubbing of now-defunct ADV films, we think the original is uninteresting and hardly worth your time, but the iconic dub is a must-see you should see asap, making it one of the best horror anime to binge on in 2022.

Funimation’s major competitor in the 1990s and early 2000s was the Texas dub studio ADV and they went bankrupt as a result of a series of bad business mistakes and an industry bubble burst. Evangelion, Full Metal Panic, Elfen Lied, Robotech, and Welcome to the NHK were all licensed, distributed, and dubbed by ADV, and you can guess the quality of the studio just from those projects. Unfortunately, they also dubbed a lot of garbage titles, leading to their demise.

Ghost Stories is a very formulaic series about grade students who battle a different ghost in each episode based on a Japanese urban legend, and the series was created to be terrifying fun for tiny children, introducing them to classic horror stories, making it one of the best horror anime to binge.

4. Highschool of the Dead 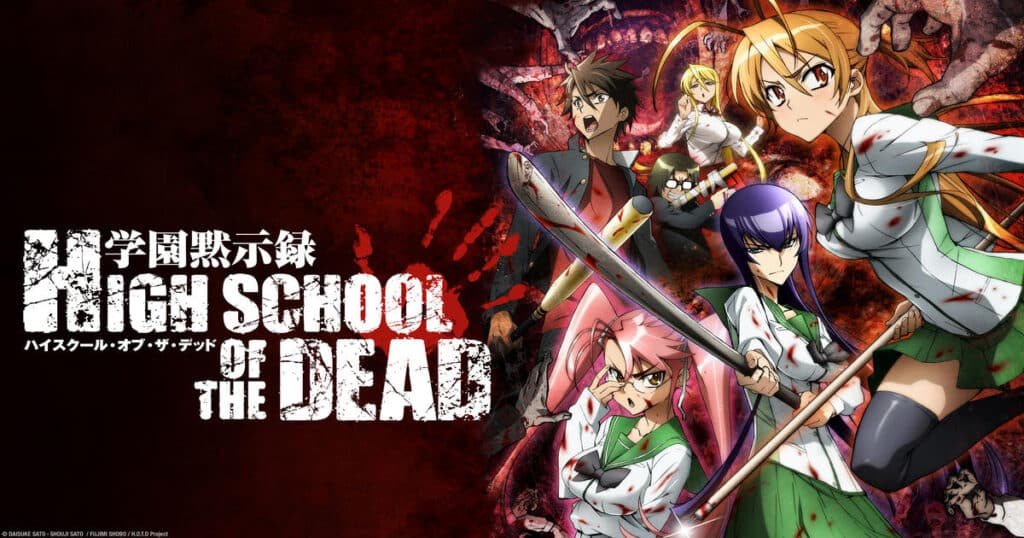 Highschool of the Dead

Essentially, Highschool of the Dead takes place in a post-apocalyptic world overrun with undead, but what distinguishes this program is that it incorporates just the proper amount of fan service, horror, and goriness without going overboard in order to spice up the show. In fact, all of the panchira-like fanservice appears to be quite superficial, and you’ll be astonished at how somber, serious, and even affecting the mood is, and it has gorgeous hand-drawn color backdrop artworks, making it one of the best horror anime to binge. To be honest, Blood C is arguably one of the most contentious animes you’ll ever watch, and you have never seen such vitriol and hatred directed at a performance. It was one of the most despised animes, but there are also many who like the show. Blood C is a creative freedom from the Blood franchise’s two sibling series as they all center on a girl called Saya who wields a sword and kills monsters. 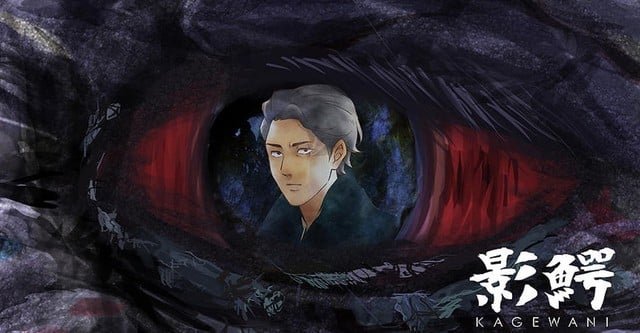 Spooky mystery stories have long been a mainstay of campfire gatherings, Kagewani is hardly the most “enthralling” anime out there, but we think it fulfills its job in pop culture effectively in terms of providing cheap thrills and some goosebump moments. This one will not go to wow you with innovative ideas, so it is the last one on our list of best horror anime to binge.